"I don't think [the Caps are] worried about, at any point in the game, about defending -- they're thinking about scoring the next goal."

That observation came after last night's 6-3 Leafs win over the Caps. It betrays an inconvenient truth. If the Caps don't score -- a lot -- they don't win, at least not with any regularity.

The Caps have seven losses in regulation this year. In all of them they scored three or fewer goals. They have shown a lack of ability to prevail in close, low-scoring games. Their overall record in games in which they score three goals or fewer is 6-7-4.

Having to outscore their own defense is not a long-term strategy for success.
Posted by The Peerless at 1:02 AM 2 comments: 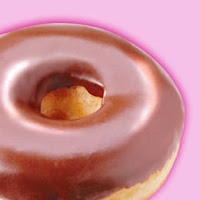 That was the observation of Alan May in the Caps’ post-game show on Comcast Sports Net after the Caps laid an egg on Hockey Night in Canada, dropping a 6-3 decision to the Toronto Maple Leafs. The comment was directed at Caps goaltender Michal Neuvirth, but it could have applied to the Caps, who coughed up a 2-0 lead to allow the Leafs to outscore them 6-1 in the game’s final 40 minutes.

One might be tempted to look at the production of the top line of Alex Ovechkin, Nicklas Backstrom, and Alexander Semin (3-3-6) and say that they could be absolved of any blame in this, but Backstrom and Ovechkin were on the ice for the game-winning fourth and insurance fifth goals in the Leafs’ comeback. Ovechkin could be fairly singled out for not getting back on Lee Stempniak on his shorthanded goal with just under ten minutes left that more or less sealed the deal for Toronto.

But it certainly was a team meltdown. Of the 18 skaters, 15 were on the ice for at least one Leafs goal (Eric Fehr, Chris Clark, and Mathieu Perreault having been spared the grief). You could lean on the crutch of travel problems and the second game of a back-to-back as the cause of the result, but the fact is that the Caps had a 2-0 lead after one period against a weaker opponent and didn’t close the deal.

- In all the noise, the game probably comes down to two plays involving the same two players. The first came with the clock ticking toward the 12:00 remaining mark in the first period and the Caps holding the 2-0 lead. Nicklas Backstrom sent a 125-foot pass onto the tape of Alexander Semin breaking in alone on Vesa Toskala. Semin ripped a forehand shot that Toskala speared with his glove to maintain the two-goal margin. If the Caps score there, the game might very well have been over. The other would come later when Semin was sent in again alone on a breakaway. Toskala this time snuffed a backhand attempt that could have brought the Caps back into the game.

- Nicklas Backstrom is one of the most gifted offensive talents in the game, but he really has to improve on his faceoffs. That came into stark relief tonight when Matt Stajan beat Backstrom on a draw in the Capitals’ end, then he collected a loose puck behind Backstrom and flipped it over Neuvirth’s right shoulder for the game-winning goal. He’s been over 50 percent on draws in only 11 of 33 games this year and is at 46.3 percent overall.

- Only three points (all assists) came from the 15 skaters not on the top line, and they were a combined minus-11. Are they still in baggage pick-up at the airport?

- Matt Stajan wins the all-you-can-eat-for-free coupon from the score sheet buffet… two goals, an assist, plus-2, five shots, a shot blocked, a shot missed, a hit, two giveaways, a takeaway, three blocked shots, and he won 8 of 19 draws.

- Two takeaways? Two?? We’re not sure if that was a case of the Caps not moving their feet on defense or the official scorer having a pillar blocking his view of the Caps’ end of the ice.

- That was only the third time all year (in 15 games) in which the Maple Leafs tallied more than one power play goal at home. They were the first power play goals the Leafs scored against the Caps this year.

- Conversely, it was the sixth straight game in which the Leafs allowed at least one power play goal. But in getting only three man advantages, the Caps could not take advantage of that weakness as much as they could have.

- One of the things that sets veteran goalies apart from youngsters is the ability to focus and deal with adversity. Michal Neuvirth allowed one goal on the first ten shots he faced, one on his next ten, two on the next ten… and two on the last six he faced. That’s not a trend you like to see.

As Bruce Boudreau put it after the game, “we played pretty badly,” referring to the last half of the game. Now the Caps head out west to Colorado, Vancouver, and Edmonton. The last time the Caps made this trip was in late October 2006. They beat Colorado (5-3), lost to Vancouver in a shootout (3-2), then were blanked in Edmonton (4-0). The Caps are 4-4-1 against these three teams overall over the last three years. We would expect more of this team, but Corey Masisak over at the Washington Times has a disturbing set of numbers to question our expectations…

“The Caps have lost more games than they've won against teams that don't reside in the Southeast Division...the Caps are 8-0-0 against the Southeast and now 12-13 (12-7-6 by official standards, but remind which of those six OT/shootout losses did the Caps feel good about and take momentum from?) against the rest of the league. How can a team be the best team in the league if it is 12-13 against the 5/6 of the league that doesn't reside in the division that has been notoriously suspect in recent years?”

Actually, his entry is one long litany of “beware, this team might not be nearly as good as we think it is.” It – not to mention the pasting the Caps endured tonight – is a caution against getting too far ahead of ourselves.