Sometimes a game is “best in show,” and sometimes it’s a mutt.  But in their own way, all wins are lovable, and the Washington Capitals escaped their battle against the Edmonton Oilers with a 1-0 win at Verizon Center on Monday night in what would qualify as the latter sort of game.

For much of the game the Caps were out-shot, out-worked, and out-hustled by the speedy Oilers, but they would not be outscored.  That the Caps were not out-scored was a product of a howitzer of a shot by defenseman Dmitry Orlov late in the third period.  It started with Brooks Laich doing battle with Mark Fayne along the right wing wall in the offensive zone. Laich won the battle to move the puck down the boards to Tom Wilson, who sent a centering feed to Michael Latta closing on the Oiler net.  The pass was too strong for Latta and sailed all the way through to the left wing wall, off which the puck rebounded sharply.  It served to set up a shot from just inside the top of the left wing circle that Orlov leaned into, sending the puck over goalie Anders Nilsson’s left shoulder and into the top of the net.  That would be all for the scoring as Caps’ goalie Braden Holtby turned away all 33 shots he faced to seal the 1-0 win.

-- The Oilers won the possession battle, launching 68 shot attempts at the Washington net to 54 for the Caps.  The edge was 54-43 at 5-on-5.  However, the 5-on-5 battle slowly turned the Caps’ way as the game wore on.  Edmonton had a 25-13 edge in shot attempts at 5-on-5 in the first period.  That edge was whittled down to 14-10 in the second period.  In the third period, the Caps flipped the script, out-attempting the Oilers by a 20-15 margin (numbers from war-on-ice.com).

-- For Braden Holtby it was his first shutout of the season, coming in his 16th contest.  For those keeping score, he had one shutout in his first 16 appearances last year, too, on his way to nine for the season.

-- Alex Ovechkin was plus-1.  We mention that because in some circles, that number still seems to be held important.  He has only two “minus” games this season and is a plus-11 overall, tied for eighth best in the league this season (tied for fourth-best among forwards), pending results of Monday’s games.

-- Orlov’s goal was his first game-winning goal since his first NHL goal, the game-winner in a 2-1 win over the Carolina Hurricanes on January 15, 2012…

-- The Caps were 13-for-20 on faceoffs in the offensive end, and that includes a 1-for-4 effort from Evgeny Kuznetsov.

-- Washington was credited with 28 hits to just 14 for the Oilers.  Alex Ovechkin had a team-high seven.

-- The fourth line of Brooks Laich, Michael Latta, and Tom Wilson combined for just two shot attempts, both shots on goal by Laich, and one of Laich’s shots on goal was while skating with Evgeny Kuznetsov and Justin Williams on the ice.

In two games against the Oilers this season the Capitals demonstrated that they can win with offensive depth, and they can win with goaltending and defense (more goaltending than defense in this one).  It shows a certain ingenuity and opportunistic element to their game.  While there is a script to stick to, there is room for a bit of improvisation to accommodate the situation any given game presents.  And if that means winning ugly, then winning ugly is attractive enough.  Kanoobie would have approved... 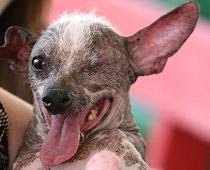