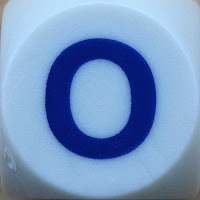 Over an 82-game season there are going to be nights when it just isn’t there. No energy, no bounces, nothing. Last night was one of those nights, as the Caps lost to the Tampa Bay Lightning, 3-2. It was the first loss for the Caps at home in regulation time since they lost to Carolina, 6-3, on December 28th. And it was the first lost at home in regulation under new captain Alex Ovechkin, ending a 14-0-1 run.

Even with the utter lack of energy on the ice and the fact that Tampa Bay simply outworked the Caps diligently in all three zones, it took a couple of odd goals bounces for the Lightning to pull this one out. In the second period, after Tomas Fleischmann and Brendan Bochenski exchanged goals in the first period, Nate Thompson beat Brooks Laich on a faceoff in the Caps’ end. Stephane Veilleux pushed the puck back to Matt Walker at the left point, and Walker rifled it toward the cage. It appeared to hit a skate or a stick on the way through a clot of bodies, where it took off over goalie Semyon Varlamov’s left shouder, hit the crossbar and went in to give the Lightning the lead they would not relinquish.

The third Lightning goal was stranger, and once more Walker was involved. Out of a scrum in the right wing corner to Varlamov’s right, Teddy Purcell came out with the puck and sent it out to Walker at the top of the zone. Walker flicked it toward the Capitals’ net, where Vincent Lecavalier was getting into position to screen the goalie. The puck came in high, and as Lecavalier ducked, it hit something and deflected into the net past Varlamov. The referee immediately waved off the goal, claiming that the puck was deflected in by a high stick. Lecavalier protested that the puck hit his forearm, and the play went to video review. Lecavalier’s version of events was confirmed by the review and the call was overturned, giving the Lightning a 3-1 lead.

Although the Caps would crawl back within a goal midway through the third period on a power play marker by Brooks Laich, spooning in a loose puck from in front of goalie Antero Niittymaki, that was all the Caps could manage as they went quietly over the last nine minutes.

-- The members of the first line managed three assists (two for Alex Ovechkin, one for Mike Knuble), but no goals. And none of the assists were registered with the line intact (Tomas Fleischmann getting a goal off assists by Ovechkin and Knuble, Laich getting a goal off an Ovechkin helper). The line was broken up in the third period with Alexander Semin replacing Knuble.

-- It was typical of this game that the big guns for both teams were rather silent. Stamkos, Martin St. Louis, and Steve Downie were all held without a point for Tampa Bay, and Lecavalier scored a goal as a result of ducking away from a shot.

-- Brendan Morrison couldn’t buy a break. He had several fine chances, including one where Niittymaki was down, leaving the top half of the net open. Morrison snapped the puck at an opening over Niittymaki’s left pad, but somehow the goalie got his glove out to corral the puck.

-- Ovechkin had seven shot attempts, only one reaching the net. Compare that to 15 shots on goal in his previous two games. He also had only two hits.

-- Speaking of shots, only David Steckel and Matt Bradley did not put one on goal for the Caps. Eric Fehr and Brooks Laich led the team with five apiece.

-- At least they borught Steven Stamkos’ points/goals game streak to an end at 18 and seven, respectively (he was 9-16-25 over the streak).

-- Every Cap who took more than one draw one the majority of their chances, even Fleischmann, who struggled in this area in previous games at center.

-- Being perfect on the power play was nice, but only giving up one opportunity might have been a perverse reflection on the lack of energy. Another way to put it, it was the first time since January 2nd (in a 2-1 loss to Los Angeles) that the Caps did not score an even strength goal.

-- Home town scoring?... Only three Caps -- Scott Walker, Eric Fehr, and Tom Poti -- were not credited with a hit. Even Fleischmann got one (that makes 26 on the year).

Give Tampa Bay credit. They worked hard, they got a lead, they played smart with it. They clogged the middle of the ice and prevented the Caps from successfully completing many of the cross-ice or stretch passes that spring guys ahead for scoring chances. And when the Caps did have chances, Antero Niittymaki steered them away. It wasn’t the Caps’ best effort of the season, or of the home stand, for that matter. But Tampa Bay thoroughly deserved the win.

Over 82 games, it’s going to happen occasionally. The other team plays better.
Posted by The Peerless at 9:49 AM No comments: