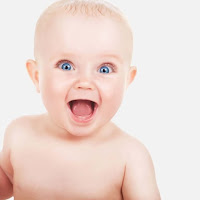 After splitting the first four games of their Eastern Conference quarterfinal matchup, each team winning both games played on their respective home ice sheets, the Washington Capitals returned home to host the Carolina Hurricanes in Game 5 on Saturday night.  The Caps scored early, applied pressure when they could, killed penalties effectively when they had to, and used a lethal power play to put Carolina on the brink of elimination with a 6-0 win.

Carolina did not score in the first minute, which might have been progress for the Caps, but when provided a chance to do more good, they failed to cash in on an early power play. Nevertheless, the Caps dominated early.  The teams settled in a bit until an exchange of penalties a minute apart around the five-minute mark.  The first penalty was taken by Brett Connolly, a hooking call at 4:41.  Carolina could not solve the penalty kill, and when Lucas Wallmark took a penalty at 5:42, it negated the man advantage.

When the Caps went on the power play on the expiration of Connolly’s penalty, it was Carolina that had a chance despite Washington having a man advantage.  There was the opportunity for a 2-on-1 , but Alex Ovechkin broke up a cross-ice pass at the Caps’ blue line.  John Carlson picked up the loose puck and started the other way, finding Tom Wilson curling down the left side.  Wilson skated into the zone and returned the puck to Carlson in the middle.  Carlson fed the puck across to Nicklas Backstrom, closing through the right wing circle.  His first shot was stopped by goalie Petr Mrazek, but Backstrom slid the rebound through Mrazek’s pads, and the Caps had a 1-0 lead, 7:33 into the period.  That would begin and end the scoring for the period.

-- The Caps held the Hurricanes without a shot attempt over the first 4:09 of the period.  The first shot attempt for Carolina was credited as a shot on goal from 128 feet.

-- The Caps were credited with 21 hits in the period.  Alex Ovechkin had five, and Tom Wilson had four.  Carolina was not credited with a single takeaway in the first period.

There was only one shot on goal for either team in the first four minutes, an 89-footer by Carolina’s Justin Williams, and indicator of how tough this game was being played in all three zones.  In the fifth minute, Evgeny Kuznetsov was sent off on a high-sticking penalty.  Carolina managed only one shot, that by defenseman Jaccob Slavin, and the Caps skated off the disadvantage.

The Caps were sent shorthanded less than two minutes after the Kuznetsov penalty expired, John Carlson charged with goaltender interference for being pushed into Mrazek (sarcasm).  The Caps killed that one off without allowing a shot on goal.

A third penalty was charged to the Caps, this one a hooking call on Jonas Siegenthaler 12 minutes into the period, putting the ‘Canes on their third power play of the period.  Carolina did apply more pressure – three shots on goal – but goalie Braden Holtby was up to the task, turning all of them all of them aside.

The inability to convert bit the Canes shortly thereafter.  Alex Ovechkin circled up the right side of the ice from his own blue line.  Upon gaining the offensive zone, he laid out a saucer pass to Nicklas Backstrom steaming down the middle.  Backstrom snapped a shot over Mrazek’s blocker to make it 2-0, 14:21 into the period.

Less than two minutes later, the Caps upped their lead.  From his own blue line, Backstrom sent a pass up to Alex Ovechkin, but the puck slid by.  Dougie Hamilton went after it, and whether he thought it was icing or he looked over his right shoulder and saw Ovechkin barreling down on him, he stopped, allowing Ovechkin to retrieve the puck and sent it out front.  Brett Connolly snapped up the present and rifled a shot past Mrazek before he could react, and it was 3-0 at the 16:11 mark.

Sebastian Aho was sent off on a tripping call with 53 seconds left in the period.  Washington was unable to convert on that amount of power play time, but the man advantage would carry over to the third period and the Caps holding a 3-0 lead.

-- Carolina, owing to a significant power play ice time advantage, out-shot the Caps by a 15-7 margin in the period and out-attempted them, 28-15.

The Caps made short work of converting the carryover power play.  As the clock ticked past one minute into the period, an attempted clear by the Hurricanes was flagged down by John Carlson.  From the blue line, Carlson sent the puck deep to Kuznetsov at the top of the crease.  His attempt was foiled, but Tom Wilson was right there to use his reach to sweep a shot back at the Carolina net.  It might not have crossed the goal line on its own momentum, but defenseman Justin Faulk kicked it the last three feet to give the Caps a 4-0 lead at the 1:04 mark.

Mid-way through the period, Dougie Hamilton slashed Nic Dowd’s stick on a breakaway, and Dowd was awarded a penalty shot.  Dowd skated in and busted an old Matt Hendricks “Paralyzer” move before snapping the puck through Mrazek’s pads, 8:57 into the period.

Less than two minutes later, Brock McGinn was about to break in alone on Holtby, but Wallmark hooked Dmitry Orlov to keep him from getting into the play, putting the Caps on a power play.  It took the Caps two seconds to convert.  Backstrom won the draw to Kuznetsov on his right, who sent the puck across to Ovechkin for a one-timer from the office to make it 6-0, 10:14 into the period.

The Caps shut the Hurricanes down from there, and they skated off with the 6-0 win, the fifth time in five games that the team scoring first won.

-- Backstrom finished the game with four points (2-2-4), his second career playoff game with four or more points, tying him with Dino Ciccarelli and Evgeny Kuznetsov for the franchise lead.

-- Ovechkin had three points (1-2-3), the seventh time in his postseason career that he recorded three or more points.  He is second in franchise history to Backstrom (nine games, including this one).

-- Washington recorded three power play goals in four chances, the third time in their last four home playoff games, dating back to last spring’s Stanley Cup final, that they had multi-power play goal games.  The Caps are 8-for-17 in those four games (47.1 percent).

-- Braden Holtby finished with a 30-save shutout, his seventh career postseason shutout, breaking a tie him with Olaf Kolzig for most in team history.

-- Washington was credited with 48 hits in this game and put more pressure on the Hurricanes in Carolina’s defensive zone.  Every Capital except John Carlson recorded at least one. Ovechkin led the team with 11 hits.

-- Tom Wilson had a fine game, recording a goal, an assist, six hits, a takeaway, a blocked shot, and a win on his only faceoff.

-- Devante Smith-Pelly was solid in his return.  In 10:43 of ice time, he had a shot on goal, three shot attempts, and five hits.  The Caps won their fifth straight playoff game with DSP in the lineup.

-- Three Caps did not have a shot attempt, all of them defensemen – Dmitry Orlov, Brooks Orpik, and Jonas Siegenthaler.

There is a fine line between playing angry and undisciplined, and playing angry with focus.  The Caps of old might have been the former, running around looking for retribution for the hit on T.J. Oshie that likely ended his season.  This team played the latter and made an emphatic statement that any path deep into the postseason is going through Washington.  Hopefully, the next time that path winds its way to Washington, the Caps are hosting a second-round playoff game.

Posted by The Peerless at 11:17 PM No comments: