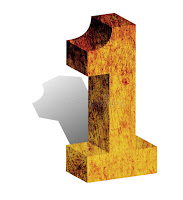 It was Matinee Saturday for the Washington Capitals, who faced off with the Calgary Flames in a 1:00 pm start.  The Caps got off to a hideous start, allowing three first period goals, but they roared back in the second period with three of their own.  The teams fought to a scoreless tie in the third period, but the Flames eked out an overtime win thanks to a hat rick goal from Elias Lindholm in the extra frame.

The Caps had a glorious chance early when Evgeny Kuznetsov intercepted an ill-thought out pass into the middle and split the Calgary defense, breaking in clean on goalie Dan Vladar, but his snap shot hit the post on Vladar’s blocker side and caromed out.

The Caps were awarded the game’s first man advantage when it looked like Calgary head coach Darryl Sutter emptied his bench onto the ice, the Flames whistled for too many men on the ice at the 4:09 mark.  The Caps were unable to convert, and the teams played on, scoreless.

Calgary got their first power play chance when Garnet Hathaway was called for a very iffy roughing call at 8:25 of the period.  Andrew Mangiapane converted a rebound to the left of goalie Vitek Vanecek, lifting the puck over his shoulder, to give the Flames a 1-0 lead at 9:27.

Calgary doubled their lead when Johnny Gaudreau stickhandled the puck at the bottom of the right wing circle and found Elias Lindholm for a one-timer that beat Vanecek cleanly to make it 2-0, 10:59 into the period.

Juuso Valimaki was sent to the penalty box for closing his hand on the puck, giving the Caps their second power play 16:43 into the period.  It was Calgary who scored shorthanded though, Lindholm getting his second of the game by knocking John Carlson off the puck in the Caps’ zone and breaking in alone on Vanecek, deking the goalie to the ice and lifting the puck over his glove to put Calgary up, 3-0, 17:18 into the period. That would be how the teams ended the first 20 minutes.

-- Tom Wilson appeared to injure his hip when he collided with a Flame in open ice late in the period.

-- Vitek Vanecek allowed three goals in the period, more than he allowed in any of the three previous games in which he played.

The Caps opened the period with Ilya Samsonov taking over in goal for Vitek Vanecek.  Samsonov would get a chance to defend a shorthanded situation when John Carlson was sent off on what looked like another iffy call, a hook at 2:00 of the period.

It would be Evgeny Kuznetsov returning the favor of a shorthanded goal when he stripped Johnny Gaudreau of the puck inside the Calgary line and broke in alone on Vladar.  His shot attempt through Vladar’s five hole appeared to be stopped by the goalie, but the puck had just enough momentum to crawl over the goal line at the 2:55 mark to make it a 3-1 game.  The Caps then successfully shut down the Flames’ power play.

The Caps got within one 7:48 into the period when Martin Fehervary scored his first NHL goal.  Fehrvary fed the puck up to Tom Wilson in the neutral zone, Wilson carrying it down the right side and forcing a Calgary defender to back off.  Wilson dropped the puck back to Fehervary trailing, and the young defenseman snapped a shot far side past Vladar to make it a 3-2 game.

Washington went shorthanded once more mid-way through the period when Dmitry Orlov was sent to the box for cross-checking at 9:05.  The Caps skated the penalty off without harm done.  Having done so, the Caps went up a man, T.J. Oshie drawing a hooking penalty from Juuso Valimaki, his second of the game, at 12:05.  The Caps managed one Ovechkin one-timer attempt, but it came up empty, and the Flames hung on to their one-goal lead.

Alex Ovechkin got the Caps even late in the period when he gathered up a loose puck at the red line and circled up ice.  With a lot of open ice on the left side, he charged in and snapped a shot from the left wing circle that beat Vladar cleanly on the blocker side to make it 3-3, 18:03 into the period.

Kuznetsov almost got the Caps the lead in the last minute when he had a chance from in close, but his one-handed attempt as he was falling to the ice went wide.  It would be the last chance of the period as the Caps and Flames ended the period tied, 3-3.

-- The Caps outshot the Flames, 8-4, in the period and out-attempted them, 22-16, a reversal of the first period results.

-- Thirteen of the Caps’ 18 skaters were credited with at least one hit through 40 minutes, Alex Ovechkin and Garnet Hathaway leading with three apiece.

Washington got an early chance with the man advantage when Eric Gudbranson was sent off for interference at 1:34.  The Caps came up empty for a fourth time on the power play, and the game remained tied.

Gaudreau had a chance to give the Flames the lead in the fifth minute of the period, but his drive from the edge of the left wing circle was swallowed up by Samsonov.

The teams settled into a close quarters, fight along the boards sort of game as time wound down.  Neither team could break the logjam, and the teams went to…

Calgary had a two-on-one chance in the second minute, but Samsonov kicked Mangiapane’s one-timer drive to the corner and out of danger.

Calgary earned the extra point when Lindholm’s redirect snuck past the inside of Samsonov’s left arm at 2:46 of the extra period, a hat trick goal that looked like Kuznetsov’s shorthanded goal in the second period, the Flames skating off, 4-3 winners.

-- Fifteen of 18 skaters were credited with hits for the Caps, Ovechkin, Hathaway, and Nic Dowd each with three.

-- Nick Jensen and Dmitry Orlov each had three blocked shots to lead the team.

-- This was the first time in eight games played against Calgary in his career that Anthony Mantha did not record a point against the Flames.

-- Martin Fehervary not only scored his first NHL goal, he led the team with a plus-3 rating.

-- Ilya Samsonov will absorb the overtime loss, but he stopped 14 of 15 shots in effective relief of Vitek Vanecek.  He gave the Caps a chance to win.

Matinee games and the Caps just don’t ever seem to go together.  Despite Calgary traveling and perhaps playing on Mountain time, they were the much fresher, much more engaged team I the first 20 minutes.  It seemed to catch up with them in the second, when the Caps were flying.  The third period devolved into a slog-fest, which suited Calgary’s style much more than Washington’s, and it kept the Caps from getting that tie-breaker.  Overtime often being something of a coin-flip, the Caps just couldn’t close the deal, but getting a point after a ghastly start to this game isn’t the worst outcome.