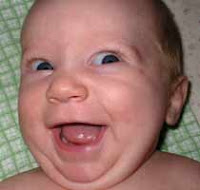 “The first cut is the deepest.”

The Washington Capitals drew first blood against the New York Rangers in their first round playoff matchup, taking a 2-1 overtime decision when Alexander Semin rifled a one-timer past the blocker of Ranger goaltender Henrik Lundqvist 18:24 into overtime. A lot of little things happened to make that goal happen, the kinds of things a team not paying attention to detail doesn’t do. There was Brooks Laich chasing the puck down at the side boards and feeding back to Mike Green at the Rangers’ blue line. From there Green tried to get it deep, but it was blocked down by the Rangers’ Brandon Dubinsky. Jason Arnott made sure Chris Drury couldn’t get the puck out, and the biscuit trickled down to Marc Staal. But Laich circled back into the zone and pressured Staal into a bad clear that Arnott flagged down as he was hugging the boards to prevent the clear. While Laich and Arnott were doing the dirty work along the right wing boards, Alexander Semin circled back from the right wing circle into a void high between the circles. He had an open look when Arnott found him with a pass.  Dan Girardi could not get a stick on Semin’s shot, and Semin had enough of an opening to find the back of the net past Lundqvist’s blocker.

That was the pretty goal of the pair. The ugly one – or the “junk” goal, as Semin described in in the post game – was a case of getting greasy, crowding Lundqvist, and jabbing at the puck until it found the thinnest of holes to squeak over the line. It was Alex Ovechkin doing the jabbing after he carried the puck in on Lundqvist and lost it, fortunately to a spot where Semin could at least get the puck into Lundqvist’s pads to force him to freeze the puck. Lundqvist did not, Ovechkin jabbed, and the Cap had their first goal of the playoffs.

It tied the game because the Rangers got the game’s first marker when Brandon Prust outdueled John Erskine for a puck near the Olympia entrance to the ice and fed Wojtek Wolski behind the net.  From there Wolski found Matt Gilroy steaming down the middle to rip a one timer past Caps goalie Michal Neuvirth. But that would be all the Rangers would get, as Neuvirth stopped 24 of 25 shots in his NHL playoff debut.

-- The Caps certainly had their chances. Semin hit a crossbar. Arnott hit almost the identical spot on the crossbar moments later, neither puck going in. Nicklas Backstrom had a clean breakaway and was foiled by Lundqvist when Backstrom tried to slide a change of pace backhander through the five hole. Marcus Johansson looked as if he had a wide open net to shoot at and was stopped. Ovechkin broke clean on the left side, but whiffed on a wrist shot when he had Lundqvist down. And all that was in the first two periods. All that accomplished was letting Lundavist off the hook on a night when it looked as if the Caps found holes in his defense.

-- It is really simple what each team wants to do in this series. The Caps want to get pucks to the net, crash, and stuff garbage into the pail. They got a goal that way. But they didn’t do it nearly enough. At the other end, the Rangers want to work behind the goal line, force the Caps to keep their backs to what is going on out front, and find guys open for one timers or put backs. They got a goal that way. On balance, we thought the Rangers were more consistent playing their game than were the Caps.

-- Someday, Marcus Johansson is going to be able to win battles along the boards. The years will add bulk and maturity. But tonight, he looked to be getting pushed around pretty good. But one thing he is doing now that he was not early in the year is carry the puck with authority. He looks as if he is following the arc of Nicklas Backstrom in that regard.

-- I find Brandon Dubinsky a prickly little sh*t that I’d like to plant in the ice. And I wish he was a Cap.

-- If Marian Gaborik has to produce for the Rangers to win this series, he will never get a better chance than he had in this one when Brian Boyle (again, working below the goal line) found him in front, 12 feet in front of Michal Neuvirth with no one around him for 15 feet in any direction. And he shot it right into Neuvirth’s midsection. He scores there, we’re writing a whole other narrative this morning.

-- We talk of “Good Sasha, Bad Sasha” with respect to Alexander Semin. And it was on display tonight – an offensive zone hooking penalty, an assist, and the game-winning goal (“SashaTrick!”...and don’t forget the exclamation point). But “Good Alex, Bad Alex” was on display, too.  Ovechkin got that junk goal to tie the game, then almost gave it back less than two minutes later when he took a run at Brandon Prust and missed just enough not to kill him, but hitting him enough to knock him off his pins and draw a roughing penalty.

-- John Carlson looked like he was wired on Red Bull and espresso. We lost count of how many times he either exploded out of the defensive zone to get the puck moving up ice, or darted into the offensive zone with the puck to lead the rush.

-- Speaking of defense…eight blocked shots. Take a bow, Scott Hannan, if you’re not too sore to do so.

-- And Jeff Schultz had six blocks…it didn’t manage to shut the moron up sitting behind us who kept shouting, “hit him, Schultz, ya sissy!” Hey, did the Rangers score when he was on the ice? No…his defense was just fine.

-- And speaking of blocks, the Rangers had the reputation coming into this series as a team that would pay any price to keep pucks from getting through to Henrik Lundqvist. But it was the Caps who had 32 blocked shots to the Rangers’ 28.

-- Something that might have been lost in the first goal scored by Ovechkin. As he was going to the net, he planted defenseman Dan Girardi like a tulip bulb in front of Lundqvist, taking him out of the play.

-- You might have though Mike Green would get 14-16 minutes tonight, no PK time, and some time on the power play. When he was paired with John Erskine, that looked like the plan. Green finished the night with 26:30 in ice time, and that was without any PK time at all. Four SOGs, four blocked shots, and an assist to go with a plus-1. Nice return.

-- We liked that the Caps had four shots on two power plays. We weren’t as happy that two came from Marco Sturm and the other two from Mike Green. Got to get chances from in close.

-- Liked that the Caps allowed only one SOG on the two power plays they allowed.

-- For what it’s worth, Michal Neuvirth was the only rookie goalie to win tonight. OK, there was only one other (Chicago’s Corey Crawford lost in Vancouver). Neuvirth might have had a more difficult variety of shots faced than did Lundqvist, and he handled himself with spooky calm.

In the end, it is said that for the Rangers to win Henrik Lundqvist has to be their best player. He was that tonight, but he sure looked beaten and beatable on a lot of shots in the first period. Posts saved him twice, and bad stickhandling by the Caps seemed to help him as the Caps lost chances to put quality shots on net. He did have a few sparkling saves, but despite the impressive results (31 saves on 33 shots faced) he’s going to have to “play” better for the Rangers to win.

On the other hand, the Caps cannot allow the Rangers to work their magic below the goal line so persistently and for so many seconds on a possession. They will find someone open if given enough opportunities.

A win is a good thing, but don’t get all fat and happy, Caps fans. In franchise history, the Caps are 4-13 in seven-game series when winning Game 1. Much work remains in this series, and as we all know…