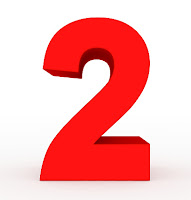 The Washington Capitals took to the road for the first time this season with a visit to Prudential Center in Newark to face the New Jersey Devils.  The game never really seemed in doubt after Anthony Mantha opened the scoring early, and it was not, the Caps skating off with a solid, workmanlike 4-1 decision.

Anthony Mantha got the Caps off and running early in the first period thanks to some hard work and puck handling by Daniel Sprong.  Settling a loose puck as he skated down the right side, Sprong carried the puck into the Devils’ zone and tried to center the puck to Mantha closing on the net from down the middle.  The pas was muffled by a Devil, but Sprong regained the puck below the goal line and sent it to the net where Mantha was parked.  Mantha backhanded the puck past goalie Scott Wedgewood at the 4:14 mark.

The Caps doubled their lead five minutes later.  Dmitry Orlov took a pass from Evgeny Kuznetsov at the offensive blue line and skated to the top of the left wing circle where he centered Alex Ovechkin for a shot from the high slot.  Wedgewood stopped the puck but left a long rebound that Orlov settled with his right skate.  Cutting across the middle, Orlov backhanded a shot past Wedgewood’s outstretched glove, and it was a 2- Caps lead 9:33 into the period.

Washington was awarded the game’s first power play when Damon Severson was sent off for interference 11:12 into the period.  The Caps failed to convert and, frankly looked a bit lackadaisical in doing so.  Neither team could turn the red light on over the last half of the period, and the Caps took their 2-0 lead to the first intermission.

-- The Caps held a 10-3 edge in faceoffs in the first period in a rare show of dominance in that area.

-- Carl Hagelin had the only credited hit for the Caps in the period.

It took half a period, but the Caps got their third goal.  Daniel Sprong got his first goal of the young season when he got behind the New Jersey defense to pick up a loose puck in stride and head off on a breakaway.  Cutting to the middle under speed, he managed to roll the puck between Wedgewood’s pads on his first shot of the game to make it 3-0, 9:56 into the period.

After Yegor Sharangovich hit the post behind Vanecek for the Devils late i the period, the Caps found themselves with a 3-on-1 break, but Conor Sheary’s one-timer was stopped by Wedgewood, who read the play well.  The Capitals still took a 3-0 lead to the second intermission.

-- The Caps and Devils split 14 shots on goal evenly for the period, the Devils out-attempting the Caps, 18-17.

-- On the other hand, the Devils were charged with 12 giveaways to 3 for the Caps through two periods.

New Jersey carried play early in the period, but they also took the first penalty when Ryan Graves was called for tripping Tom Wilson at the 3:47 mark on a play that was almost a more serious knee-on-knee as Wilson was upended.  The Caps, however, were unable to convert.

The Caps scored 9:16 into the period when Tom Wilson prevented a Devils attempt at a breakout from deep in their own zone, and chipped the puck to Evgeny Kuznetsov lurking at the goal line to Wedgewood’s left.  Kuznetsov accepted the puck and snuck a shot behind Wedgewood on the short side to make it a 4-0 game.

The Devils got their first power play of the evening, Carl Hagelin going off for hooking at the 11:37 mark.  The Devils converted when the Caps couldn’t clear the puck, and Janne Kuokkanen snuck a shot between Vanecek’s pads to make it 4-1, Caps.

Dmitry Orlov and Andreas Johnsson took coincidental minor penalties for roughing at 14:36 to put the teams at 4-on-4.  Neither team could convert with the extra room on the ice, but the Caps got a late power play when Mason Geertsen was whistled for cross-checking at 18:47.  The Caps did not convert, but they didn’t have too as they skated off the last 1:13 to take a 4-1 win.

-- Orlov’s goal in the first period was his fifth career goal against New Jersey.  He has more goals only against the Philadelphia Flyers (seven).

-- Alex Ovechkin tied for the team lead in shots (three) but did not have one after the first period.

-- Kuznetsov and Daniel Sprong each went 1-1-2 to lead in scoring.

-- Martin Fehervary threw his weight around, leading the Caps with four credited hits.  He also had four blocked shots to lead the team.

-- Sheary had three takeaways to lead the team.

-- Vitek Vanecek stopped 24 of 25 shots, but it seemed as almost every Devils shot on goal was an excellent scoring chance.  He deserved the shutout, but he still has not allowed a goal in the first 40 minutes of any game he has played so far this season.

The Caps, in some respects, seem to be in mid-season form.  While they had some issues, especially late, in clearing pucks out of their own zone, their attempts to get pucks out of their own end seem purposeful, aimed at starting plays, not merely attempts to get puck out of danger.  Their passing has also been top-notch, especially compared to last season.  Their goal differential (plus-9, tops in the Metropolitan Division) is a result, and their 3-0-1 record (also tops in the Metro) is no accident.  It is almost scary at this early juncture to think of the Caps as getting better.  That could come with the return of Nicklas Backstrom, but Caps fans should be more than satisfied with their play this early in the season.

Posted by The Peerless at 9:51 PM No comments: