The Peerless Prognosticator is ON THE AIR!!! -- A ONE Point Night and Another Night for Hockey: Games 46 and 47 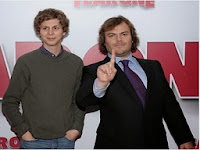 In the hockey portion of the game the teams exchanged single goals.  Tyler Kennedy, who once tormented the Caps in the colors of the Pittsburgh Penguins, scored in the game’s 14th minute when he deflected a Jason Demers slap pass from the slot past goalie Philipp Grubauer.  The Caps scored their own in the 13th minute of the second period when Alex Ovechkin took a Karl Alzner feed and whipped it in one motion from a severe angle over the right shoulder of goalie Antti Niemi.  And that was that…except for the freestyle hijinks.

-- One.  It is, as Three Dog Night sang, the loneliest number, but for the Caps it is becoming all too common.  For the fourth time in their last eight games, the Caps were held to a single goal.

-- Three.  Three times in those four games in which the Caps were held to one goal, the Caps lost in the Gimmick.

-- 2.00.  That is the goal support Philipp Grubauer has received from his teammates in his last eight appearances.

-- 14.  The number of games played by the Caps decided by the Gimmick, most in the league.  San Jose is second with 13.  The teams are tied (with Toronto) for the most wins in that phase with eight apiece.

-- One.  Points from the second line in four games since Nicklas Backstrom was matched with Brooks Laich and Troy Brouwer.  By the end of this game, that line was broken up.  Eric Fehr replaced Laich, and Laich was moved to the top line with Mikhail Grabovski and Alex Ovechkin.

-- Two.  The number of Capitals without a shot on goal last night (Karl Alzner and Jay Beagle).

-- Three.  Last night was only the third time in 12 instances this season in which San Jose’s Joe Thornton did not register a point and the Sharks still won.

The Caps are wasting a lot of good goaltending these days.  It their offense had the faintest signs of life in games in which Philipp Grubauer tends goal, Grubauer might be getting some Calder Trophy buzz for rookie of the year.  He is second in goals against average and save percentage among rookie goalies having appeared in at least ten games.

The Caps are now 3-3-5 in their last 11 games and have scored just 26 goals in doing so.  Seven of those goals came in consecutive wins (their only consecutive wins in this stretch) against Tampa Bay and Toronto.  Four times they have been held to a single goal.  The Caps have 15 goals in the new calendar year, and Alex Ovechkin has had a hand in almost half of them (3-3-6).  Nicklas Backstrom has done his part, to a point (1-3-4 in those six games) but has been handicapped by unproductive linemates.  Then, after Mikhail Grabovski is accounted for (1-2-3), the club has been largely silent on offense.

That will not do against the Penguins when the Capitals visit Pittsburgh this evening.  The Pens are 18-3-2 in their last 23 games since dropping consecutive games Thanksgiving week in November.  It has pushed the Penguins to a 16-point lead over the Caps in the Metropolitan Division standings.

Pittsburgh is doing this despite a rash of injuries that has carved large chunks of games out of critical players’ resumes this season:  Brooks Orpik, eight games missed.  Evgeni Malkin, 11 games.  Kris Letang, 19 games.  James Neal, 20 games. Rob Scuderi, 29 games.  Tomas Vokoun, the Penguins’ intended backup goalie, has yet to dress this season due to a blood clotting condition.  Pascal Dupuis, the Pens’ top line right wing, is likely out for the rest of the season with a knee injury.

What the Penguins are getting is night-in and night-out performances from Sidney Crosby and Chris Kunitz, the remainders on the top line.  “Night-in, night-out” has a special meaning for Crosby, who has yet to miss a game this season after missing 113 games over the past three seasons.  His 25-42-67 scoring line translates into a pace to finish 44-73-117.  No player has finished a season with that many points since Crosby did it (120 points) in 2006-2007.

Much is made of the Penguins’ high powered offense and high-octane offensive stars, but this is also the eighth-best team in the league in scoring defense (tied with San Jose).  They have, however, been a bit leakier lately, allowing 14 goals in four games before shutting down Calgary on Saturday, 2-1.

The Pens and Caps are one-two in power play efficiency this season, but Pittsburgh is a much more efficient penalty killing team (87.5 percent, second in the league) than Washington (80.5 percent, tied for 17th).  Pittsburgh is also a more efficient 5-on-5 team (1.10 ratio of goals scored to goals allowed) than Washington (0.94). And, while the Penguins are not an extraordinary team in terms of their possession numbers (tied for 14th in Corsi-for percentage in 5-on-5 close score situations, 10th in Fenwick-for), they are ranked higher than the Caps (21st and 22nd in those statistics, respectively).

It is a steep hill for the Caps to climb, but they have had success in Consol Energy Center.  And, despite the recent results, the Caps are playing a tighter game than they had been earlier in the season.  Pittsburgh might have some rust after sitting around since Saturday.  If the Caps can take advantage of that with a good start, it might very well be a good night.