How Green Is This Team?

Olaf Kolzig leaves the club having played 711 regular season games. What that leaves is a club with no player on it who has played as many as 250 games -- just over three regular seasons ' worth -- with the Capitals. Here is how they break down among selected players under contract or who might be expected to return... 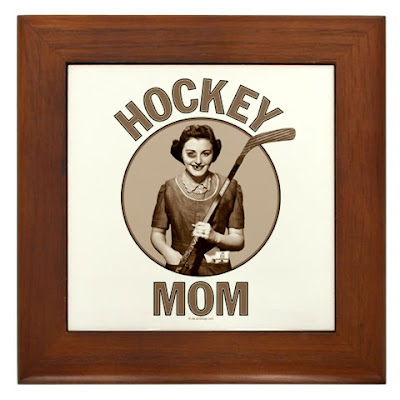 It's that day when we honor that most important person in our lives -- Mom. And what more special mom is there (well, other than your own) than a hockey mom?

Here's a place just for you hockey moms out there.

In case you're looking for some do's and don't's as a hockey mom, you could start here.

If you're wondering if you, or someone you know, is a hockey mom...here are some ways to spot one.

If you are looking to become one, yourself, here's a guide for the rookies.

And if you're looking for stuff to announce to the hockey world that you are a hockey mom, well...here are some accessories.

For all you moms out there -- the hockey variety or not... 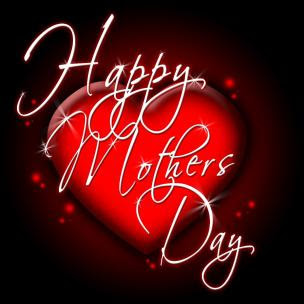 We continue looking at the centers, this time turning our attention to… 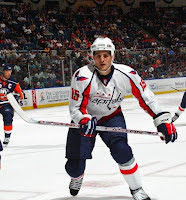 Theme: “every good boy does fine”

Anyone who has taken a couple of music theory classes will recognize the phrase, “every good boy does fine.” They are the notes of the lines in the treble clef of a music score. It also conjures the image of the young student, diligently and earnestly going through his exercises to become more proficient. This is where Gordon appears to be in his still young career.

Gordon went the first ten games of the season, of which he played in seven, without having been on the ice for an opposition goal. Oddly enough, the first time he was on the ice for one was in the Caps’ biggest offensive explosion in the 21 games under former coach Glen Hanlon – a 7-1 win over Toronto on October 29th…31 seconds after he scored his own first goal of the year. That was a streak of 128:35 in playing time for Gordon without a goal scored against on his watch. If no one else thrived under Glen Hanlon, Gordon seemed to, at least early-on in his defensive world (no coincidence that, with Hanlon emphasizing the defensive end and little risk-taking more than attacking in the offensive end).

But Gordon – like the rest of the Caps – sank into an abyss of unproductive play as time wore on. After that effective start (defensively), he was 0-1-1, -5 for November (in ten games) leading up to Hanlon’s dismissal.

Gordon’s fortunes mirrored the Caps, in a way, after the change behind the bench. He had an empty net goal in his second game under Bruce Boudreau, then suffered a fractured hand against Florida two games later (it did not prevent him from taking a turn and scoring in the shootout of a 2-1 loss). The injury would cause him to miss a dozen games, but when he returned he went 2-4-6, +4, in his first half-dozen games back in the lineup. He will remind no one of Pavel Bure in the offensive end, but he has been a competent offensive player in previous stops along the way, so this kind of performance might be thought of as a peek at things to come.

The thing is, though, the shut-down defensive performance and occasional outbursts of offense do not appear to come concurrently with Gordon, and this is the inexperience in his game. If one looks at his progress in the offensive end (10-12-22-33 goals over four years with Red Deer in juniors, and a similar progression on a goals-per-games-played basis in the AHL), it is apparent that this will be a late-arriving talent for Gordon in the NHL…not unlike that music student mastering E-G-B-D-F before tackling Mozart.

That offensive game does need to pick up, though. Among forwards playing at least 50 games, only Matt Bradley had a worse shooting percentage (6.3 percent) than Gordon’s 7.0 percent. Gordon does not have a classic wrist shot or a booming slap shot, but we perhaps should not take the nickname “Muffin” too literally, either. We think this will be an aspect of his game that will develop and improve as time goes by.

Gordon lacks a fully-assembled game. The pieces are mostly there, at least intermittently, and he is a hard working player. He is, for lack of a better description, a “diligent student,” if not gifted. His skills, though, are of the sort a team needs to be successful. Gordon is a work in progress. He’s made improvements, but there is more to be done (something that can be said for a lot of players on this team). For that, Gordon gets a…

Posted by The Peerless at 10:34 AM No comments:

It’s been a while since our last entry in this category, but we return to our look at the Capitals over the 2007-2008 season through “the tens.” Next up among the centers… 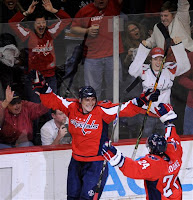 Theme: “The maestro in autumn”

When the Capitals traded defenseman prospect Ted Ruth to the Columbus Blue Jackets for Fedorov at the trading deadline, the Capitals were not getting the player who was 56-64-120, +48 in 1993-1994. They were not getting the player who was 10-10-20 in 22 playoff games in 1998, when the Detroit Red Wings swept the Capitals in the Stanley Cup final. They were getting a player who labored inconspicuously in two hockey graveyards – Anaheim (before they were a Cup-worthy team) and Columbus. They were getting a 38-year old who looked as if his best days were behind him and who seemed to be going through the motions, as if he was counting the days until retirement.

Then he arrived in Washington. In his first game with the Caps, Fedorov played a shade under 16 minutes, had an assist on a power play goal by Mike Green, had three shots on goal, and won 10 of 13 faceoffs. Three-stars-of-the-night performance? No, not really. But it was the kind of performance, entering seamlessly and making a contribution, that reflected the value his addition would have. If you look at the 18 games that Fedorov played in the regular season for the Caps, the usual numbers don’t speak to much…2-11-13, -2.

But break them down, look at them in progression...

In Fedorov’s first ten games with the Caps, he was 1-4-5, -3. The Caps were 7-3-0. Then, in the last eight games of the year, Fedorov was 1-7-8, +1. The Caps were 7-1-0. But what is more is what a 38-year old, former all-star, former Stanley Cup champion, former Olympian could do – make his linemates better and serve as the mentoring influence on a young club. Case in point – Alexander Semin. It appeared that Semin played in awe of his new linemate in the first few games they played together – Semin was 3-4-7, -8 (he had no “plus” games), in the first 12 games after Fedorov joined the club. But that line is deceiving. All three goals were power play tallies, and only one included an assist from Fedorov (a secondary assist on Semin’s goal against Pittsburgh on March 9th). In the last six games of the year, Semin was 4-1-5 (three of them being power play goals), and Fedorov assisted on each of those goals (two primary, two secondary). What had been a problem for the Caps for much of the year – second line scoring – was addressed with a pair (Semin and Fedorov) that were developing a chemistry similar to that enjoyed by Nicklas Backstrom and Alex Ovechkin on the top line.

What Fedorov gave the Caps for 18 games was precisely what one would have wanted – a stabilizing veteran influence that provided consistent minutes (18-plus minutes a game) and contributions in the obvious (13 points in 18 games) and subtle (50-plus percent on draws in 15 of 18 games) aspects of the game. Subjectively, Fedorov’s presence could not but have helped after the Capitals lost consecutive games in early March – in especially brutal fashion to Boston and to Pittsburgh – the first time the Caps had lost back-to-back games in regulation since coach Bruce Boudreau took over at Thanksgiving. Fedorov did not have a point in the following game against the Calgary Flames – a 3-2 win, but he contributed 21:48 of playing time (second only to Ovechkin among the forwards), a hit, a couple of takeaways, and won 12 of 21 draws. It bears noting that the tying and winning goals in that game were scored by Ovechkin – another youngster benefitting from the presence of the veteran who, if he hasn’t seen it all, than certainly has seen most of what one can expect to deal with in hockey.

The margin for error was so thin at the end of the year that it could be said of almost any player, “if he didn’t do ‘x’…” or, “if so-and-so wasn’t here…,” and there would be truth in this. But Fedorov brought more than he could have contributed in the sheer nuts-and-bolts statistics (the best days of which were well behind him). He brought the experience and leadership needed to a team facing its first trial-by-fire. His arrival announced to the club that it was serious about making the playoffs…now. The little things he did – winning draws, killing penalties, thinking ahead on the play – were the kind of “lead by example” kind of play that did – and will, even if he does not re-sign with the club – pay dividends to a young group such as this.

Watching Fedorov is like watching a maestro who might not be able to give the night after night performances he did in his youth, but who can still summon those skills on any given night and who understands the game at such a fundamental level that those around him are made better by his example. He was the kid, so to speak, who moved to the neighborhood and enrolled in a new school. But he did well in his short time there, and given the circumstances and his role earned a solid

Posted by The Peerless at 8:15 AM No comments: