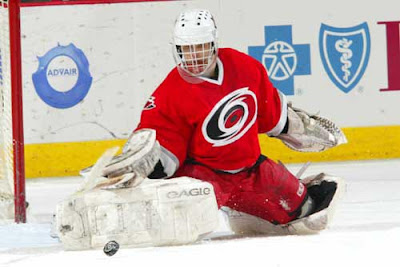 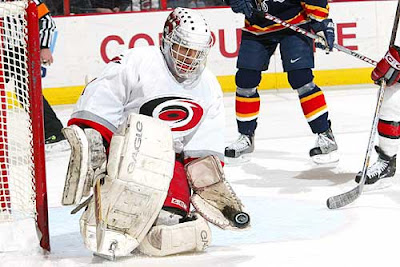 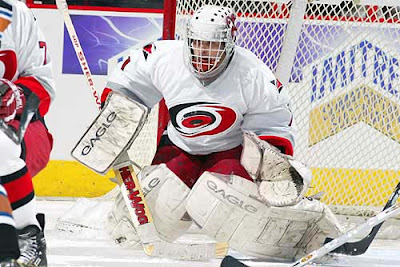 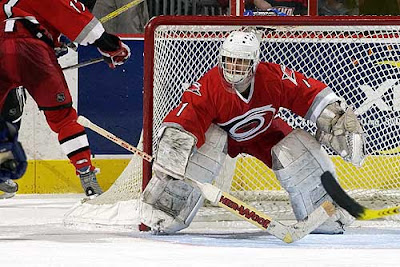 But the new Caps goalie coach certainly seems like the personable sort... 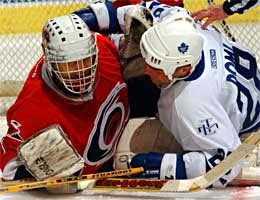 Posted by The Peerless at 5:29 PM No comments:

The New School of Hockeynomics 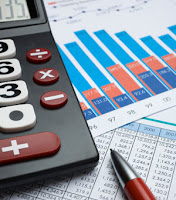 Yesterday, James Mirtle penned an entry in “From the Rink” discussing the “new” statistics in hockey. In it, he referenced an e-mail he received asking about the current state of statistical analysis applied to hockey. The key questions in the message were:


“What are some of the most important new metrics?"

“What are their limitations?"

These questions really get to the crux of the matter. Personally, I’d hate for hockey to go the way of baseball, where countless “statistics” have been constructed that have little use other than to give “seamheads” something to read and argue about over message boards.

There is a distinct difference in my mind between “data” and “information.” In baseball, a lot of folks latch onto a piece of data – on base plus slugging percentage, batting average with runners in scoring position with less than two outs in the seventh inning or later in weekday day games, whatever – and assume those data are meaningful.

Well, are they? Do they inform an evaluation of a player’s effectiveness? Do they credibly explain a team’s success? Can one demonstrate a relationship between that statistic and a result? If not, then all those statistics are, is a collection of useless data. They aren't “information.”

The school of hockey statistics is well served with the question Mirtle asks to close his entry…”if [he] was to put together a list on this site of the five to 10 key ‘new’ metrics you'd like to see creep into the league's stat books, what would it include?”

But in it lies a danger, that hockey will use baseball as a data analysis template in an effort to create a generation of “puckheads” that is analogous to “seamheads.” Frankly, I don’t see that as being particularly useful in developing a body of analytical tools to evaluate performance. Those diligent souls who are at the forefront of developing those tools for hockey have a relatively clean slate to make those statistical tools meaningful, not just a collection of empirical gibberish.

To take a cue from Mirtle’s question, I’d be more interested in learning “why” those metrics should be included and “how” they inform an analysis of player and team performance.
Posted by The Peerless at 6:18 AM 6 comments: