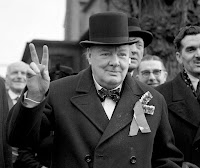 The Washington Capitals played host on Monday night when the Anaheim Ducks paid a visit to Capital One Arena.  The Caps scored early to put the Ducks on their heels, the teams had a set piece of unpleasantries reminiscent of the 1980’s, and in the end the Caps just had too many weapons that not even a fine effort by Anaheim goaltender John Gibson could thwart in the Caps’ 5-2 win.

The Caps had a golden chance to take a lead less than 15 seconds into the game when Lars Eller accepted a stretch pass from Radko Gudas and headed into the Anaheim zone on a two on one.  His shot was turned aside by Ducks goalie John Gibson, but the Caps would still get the first goal in the first minute.  Eller saved the puck from clearing the offensive zone and sent the puck from the left point down the boards and around the corner to Travis Boyd behind the Anaheim net.  Boyd found Richard Panik in the left wing circle, and Panik snapped a shot cleanly over the left shoulder of Gibson to make it 1-0, 50 seconds into the period.

The Caps controlled pace over the next dozen minutes, making it difficult for the Ducks to maintain possession as they tried to navigate through the neutral zone.  But the pace slowed markedly at about the 13 minute mark of the period.  Neither team mounted sustained pressure, but the Ducks got a chance late when T.J. Oshie was whistled for flipping the puck over the glass behind the Caps’ bench from just inside the defensive blue line at the 18:00 mark.  The Caps killed the penalty as the period expired and took a 1-0 lead to the locker room.

-- Lars Eller was the only Capital with a winning percentage in the faceoff circle, going 3-for-4.

It was Anaheim’s turn for an early chance when the Caps failed to control the puck at the offensive blue line, and Ryan Getzlaf chased it down along the left wing boards.  He curled in to the low slot, but goalie Braden Holtby stepped up and muffled Getzlaf’s shot attempt to keep the Caps in front.

The Caps got a chance of their own shortly thereafter when T.J. Oshie flipped the puck out of the defensive zone into space, and Jakub Vrana ran it down in the neutral zone behind the Anaheim defense.  He skated in alone on Gibson, but his attempt was stopped by Gibson flashing his left pad, and the score remained 1-0, Caps.

Vrana got another chance in the seventh minute when he took a pass in the slot with inside position on Carter Rowney, who had little recourse but to slash Vrana as he was closing on Gibson for a shot.  Rowney went off on the slashing call at the 6:19 mark, putting the Caps on their first power play of the evening.

The Caps needed only 20 seconds to convert when Evgeny Kuznetsov looked off the Duck defense and goaltender Gibson to show “shot,” but he slid the puck across the zone to Alex Ovechkin for a one-timer from the usual spot, and it was 2-0, 6:39 into the period.

On the next shift the Caps could not control a bouncing puck, and the Ducks had a 3-on-1 break the other way.  Jakub Silfverberg’s shot was swallowed up by Holtby stepping out from his crease to challenge.

Things got interesting late.  With the Caps pressuring the Ducks in their own zone, Derek Grant tried to control the puck at the post to Gibson’s left.  As he was doing so, he was freight-trained by Brendan Leipsic.  Garnet Hathaway took the loose puck and sent it out to the high slot to Chandler Stephenson, who snapped the puck past Gibson at the 19:26 mark as a melee was unfolding behind the Caps’ net.  After considerable time spent in reviewing the play, the goal stood, with several penalties logged.  The Caps took their 3-0 lead to the second intermission.

-- Out of the chaos at the end of the period, Brendan Guhle got a double minor for roughing for the Ducks, as did Brendan Leipsic for the Caps.  Eric Gudbranson also took roughing, fighting major, and 10-minute misconduct penalties for the Ducks, Derek Grant was hit with a fighting major, and Nick Ritchie was hit with a 10-minute misconduct.  But the takeaway was Garnet Hathaway getting a five-minute fighting penalty and a 10-minute match penalty for spitting.

-- Each team recorded 12 shots on goal for the period, but Anaheim had a 25-19 edge in shot attempts.

-- Tom Wilson led the club with five hits through 40 minutes.  Looking at him on the bench in the last 30 seconds of the period, one thinks there could be more coming.

The Caps killed off a Duck power play to open the period, and they were rewarded in the sixth minute.  Ovechkin sent the puck to the net from the left point, the drive being redirected on its way.  Brendan Guhle tried to collect the loose puck, but Radko Gudas knocked it off his stick across the crease to Jakub Vrana, whose first shot was stopped by Gibson, but Vrana followed up on the rebound and knocked the puck in from just off the post to Gibson’s left.  The Caps had a 4-0 lead at the 5:44 mark of the period.

In the 13th minute, T.J. Oshie was sent to the box on a double minor for high-sticking.  Anaheim finally made good on the advantage when, after two whacks at a loose puck, one off the post, Sam Steel put the puck in from a severe angle to make it 4-1, 13:31 into the period.

Anaheim added an accidental cosmetic goal late when Nicolas Deslauriers couldn’t control a pass from Rickard Rakell but got enough of his stick on it to poke it through Holtby’s pads at the 18:11 mark.

The Caps got it back less than a minute later when, with the Ducks net empty, John Carlson sent the puck up from behind his own net to the boards at the Caps’ bench.  Tom Wilson got the blade of his stick on the puck and redirected it the length of the ice into the net to make it 5-2 at the 18:49 mark.  That would close the scoring in the Caps’ second straight win.

-- Richard Panik’s goal crossed off a pair of firsts – his first goal as a Capital and his first career goal against Anaheim in his 16th career game against the Ducks.

-- John Carlson’s assist on the Alex Ovechkin goal extended his points streak to seven games, one short of his season high.  He added an assist on the Wilson empty-netter to make him 1-10-11 in his last seven games.

-- Vrana’s goal was credited as “unassisted,” despite Ovechkin starting the play and Gudas knocking the puck across the crease to Vrana.

-- Kuznetsov’s assist on Ovechkin’s goal gave him points in three straight games and seven of his last eight.

-- Tom Wilson broke a four-game streak without a goal with his empty netter to close the scoring.

-- Nick Jensen led the Caps with five shots on goal and seven shot attempts, and he led the team with 21:37 in ice time.

-- Michal Kempny had five shot attempts, all of them blocked.

It was a solid win of a sort a veteran team earns at the expense of a weak rival.  It was more ornery than one might expect Metropolitan-Pacific matchups to be, but the new guys – Garnet Hathaway and Brendan Leipsic – played out west and have some more history against the Ducks than others.  That they would be in the middle of the second period fracas was not surprising in that context.  It made for an entertaining game of a sort that echoed the old 1980’s style of play.  One might not want a steady diet of that, but it was good to see the Caps more than hold their own in such a game.

Posted by The Peerless at 9:55 PM No comments: