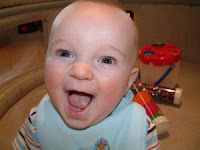 The Washington Capitals beat the New York Rangers tonight in Game 2 of their Eastern Conference Semifinal series, 3-2, and no doubt the buzz will be about a number – 13:36. That was the total ice time recorded by Alex Ovechkin in 60 minutes. But that’s just buzz. What mattered was his power play goal with 7:27 left in the game that served as the game-winner, his fifth career playoff game-winning goal.

It was as simple as it gets. Nicklas Backstrom won a faceoff cleanly to Ranger goalie Henrick Lundqvist’s right. The puck came to Ovechkin who circled high in the middle of the offensive zone. As Ovechkin was searching for a shooting lane, Troy Brouwer went to the net and set a screen in front of Lundqvist. Of more accurately, he bodied Ranger defenseman Ryan McDonagh to the top of the crease. Meanwhile, Brian Boyle was trying to get into Ovechkin’s shooting lane for a shot-block attempt, but Ovechkin’s quick release rendered Boyle more of a second screen in front of Lundqvist. The result was that the Ranger goalie never really got a good look at the puck until he was looking behind him at the biscuit in the back of the net.

Until then, this game had the look of one that the Caps would let get away. They scored first in the opening period when Mike Knuble does what he does – go to the net. When he arrived, so did a centering pass from Joel Ward from Lundqvist’s right. Knuble deposited the pass behind Lundqvist to complete the three-way passing play with Ward and Keith Aucoin to open the scoring, but it did not stop there.

Jason Chimera scored less than five minutes later to end a wild sequence. It started when John Carlson could not keep the puck in the Ranger zone at the end of a Caps power play. When the puck slid out of the zone, Chris Kreider was coming out of the penalty box and in perfect position to pick up the puck behind the Caps defense. He broke in alone on Holtby, but unlike his one-on-one drive that eluded Holtby in Game 1, Kreider could not get his shot past the Caps goalie, and the Caps started things the other way. The puck was sent deep into the Rangers’ end, but not in a place where Henrik Lundqvist could comfortably play it, the puck in the gray zone at the edge of the trapezoid of despair behind the Ranger net. It allowed Chimera to use his speed to snatch the puck away from Lundqvist and center it to Matt Hendricks. From the top of the crease Hendricks tried to backhand the puck through his legs into the open net, but only managed to smack a sliding Anton Stralman in the face with either the puck, his stick, or both on the shot as Henrik Lundqvist dove into the crease to get his paddle on the puck. But Lundqvist got tangled up with defenseman Ryan McDonagh, and the result was the puck rattling around among Chimera, McDonagh, and Lundqvist before it slid into the net.

It was the Caps’ second two-goal lead of the playoffs, their first in this series. However, they gave it back on a late first period 4-on-4 goal by Brad Richards and with a power play goal by Ryan Callahan in the third period. But the Caps buckled down on defense. After the Callahan goal at the 6:58 mark of the third period they did not allow a Ranger shot on goal before Ovechkin would net the game winner 5:35 later. Braden Holtby would stop all four shots he would face after that, and the crossbar would save another off the stick of Michael Del Zotto with 50 seconds left to secure the win.

-- The odd story of this series so far has nothing to do with Rangers or Capitals, but with equipment. Specifically, the posts. If the Caps rattled metal in Game 1 to their misfortune, the Rangers returned the favor in this one (although Alex Ovechkin had one pipe-ringer in him). Michael Del Zotto hit a post and a cross-bar among his 13 – yes, 13 – shot attempts.

-- The big story, in addition to his game-winning goal, will be Alex Ovechkin’s ice time. The total 13:36 in ice time was a career low for Ovechkin for a game in which he finished (i.e., was not injured or ejected). It surpasses a 13:53 ice time effort against the Carolina Hurricanes on October 12, 2005, in his fifth career NHL game. His 10:36 in even strength ice time was ninth among Capital forwards for the game.

-- One might say that Ovechkin’s ice time was a product of protecting a late lead. Well, not exactly. In the first period he skated three shifts before Mike Knuble opened the scoring at the 12:20 mark, getting 1:49 in ice time. He had only 3:33 in ice time for the first period, although part of that is explained away by the fact that the Caps had 2:13 in shorthanded time to skate in that first period. In the second period, with no penalties called, Ovechkin had only 5:41 in ice time (more than half his even strength ice time for the game). In the third, one could see a “lead-protect” effect in that he skated only one shift in the last 7:27 after he scored his goal. His ice time is being heavily managed so he is not out there in what are “defensive” situations, but it is also being managed in other ways as well – he’s not getting as much as he is used to.

-- The Caps allowed another 4-on-4 goal last night. That makes three of the 20 total goals they have allowed so far in the playoffs. No team has allowed more goals at 4-on-4. They only have one goal scored of their own at 4-on-4, so the moral is, “knock it off.”

-- Give the Caps credit for at least getting shots to the net on their power play. They had seven on three man-advantages in 4:04 of ice time, five of them coming from the stick of Ovechkin. Conversely, he had only two even strength shots on goal in the 10:36 of even strength ice time he had.

-- The Rangers were credited with 45 hits. Twenty of those were applied to Capital defensemen. Some might think Mike Green was singled out for abuse, but in the official play-by-play he was the victim of three hits, none after the 19:47 mark of the first period (Green was called for a tripping call in response). Karl Alzner was the target of most of the hits applied to defensemen – seven – and it will be interesting to see if he is the continuing target of physical play in an effort to soften up his defense.

-- Nicklas Backstrom gets the all you can eat buffet coupon. An assists, two shot attempts (one on goal), two hits, a giveaway, two takeaways, two blocked shots, and he split 20 draws.

-- One of the ways the Caps can keep pucks from getting to goalie Braden Holtby is to keep the Rangers from getting offensive zone possession. In the game within a game, Brooks Laich was 5-for-6 on defensive zone draws, 4-of-5 against Brad Richards.

-- Chimera’s goal was, in part, a product of his speed to beat the Rangers’ defensemen to the end boards and take the puck from Lundqvist. But that play also involved some of the ugliest back checking imaginable by the Rangers, whose forwards on the play looked mesmerized by Chimera’s speed. Even as Chimera flicked the puck back in front to Matt Hendricks, no Ranger forward was close to being in the play from behind.

-- One might wonder why the Rangers bother to dress a fourth line. Stu Bickel, John Mitchell, and Mike Rupp skated a combined 11:20. And three Ranger defensemen skated more than 25 minutes (Del Zotto, McDonagh, and Marc Staal). If Alex Ovechkin’s “too little” ice time is an issue for the Caps, perhaps the Rangers’ management of ice time is going to be an issue late in this series, especially if they choose to apply a physical edge to their play.

In the end, this is the way the Caps won games in the first round. It seems to be the way they are destined to win games going forward. They cash in on opportunities and hold on. They look like a team that can be had (and with a 5-4 record so far in the post season, it is not as if they can’t be), but they are proving to be a steely bunch in close game. They are giving themselves a chance to win every game, and when the goals are harder to come by, that is how a team can pile up just enough wins to advance. One hopes the Caps have three more like this in them, because it does not seem likely we are going to see much in the way of fireworks.