Washington Capitals: On the Contributions of Youth in the Second Round 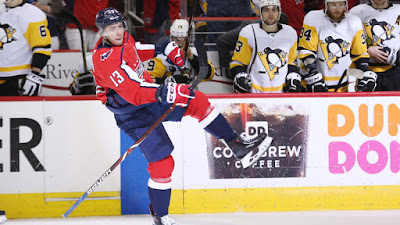 “Good habits formed at youth make all the difference.”
-- Aristotle

The Washington Capitals did something on Monday night they have not done in 20 years, clinch a spot in the NHL conference final.  They had to beat a team they had not defeated in the postseason in 20 years – the Pittsburgh Penguins – to do it.

Some of the noteworthy takeaways…

As the postseason proceeds to the third round, it would be a stretch, perhaps, to expect such contributions on a regular basis.  But when the Caps needed it, faced with a depleted lineup, they got them.  The performance of these six rookies and their contributions in reversing the curse of the Penguins deserves to be remembered for the significance it had.

Posted by The Peerless at 12:32 PM No comments: