Captivation and the Burden of Expectation

“Capitals fans would argue Alex Ovechkin is second to none in production and style. The Wizards believe they have a rising superstar in John Wall and the Redskins have popular Pro Bowler Brian Orakpo. None of them, though, are capable of captivating D.C. sports fans as much as [Stephen] Strasburg. Ovechkin, Wall and Orakpo don’t possess the potential to do as much as Strasburg could for the Nationals 30-plus times a season."

So let’s see if we have this right. A pitcher who has a grand total of 12 games of major league baseball experience – only seven of which were played in front of local fans – has more potential to do more for his team in playing in less than 20 percent of his team’s games (and, if he is outstanding, maybe 15 percent of their innings) than does a player who might take 90 percent or more of his team’s defensive snaps in the NFL, play more than 40 minutes a night for his NBA team, or who might play more than a third of his team’s total minutes in the NHL.

What would it take to “captivate” sports fans in Washington to a degree that eclipses that to which Ovechkin, Arakpo, or Wall have done so far? Well, probably not much. Let’s leave alone the contention that D.C. isn’t Montreal or Edmonton, which puts Ovechkin at a disadvantage. Or that Orakpo doesn’t play quarterback for the Redskins, or that Wall is a nice player with little around him with the Wizards.

If anything, Ovechkin is the standard against which Strasburg would have to be measured in the D.C. orbit of major professional sports players. Both number one overall picks in their respective drafts, both viewed as generational talents combining skills rarely seen in players that young – Strasburg’s overpowering speed and assortment of knee-buckling breaking pitches, Ovechkin’s ability to marry a scorer’s touch with physical intimidation. Both gave evidence of a flair for the dramatic in their first appearances in Washington, Ovechkin planting an opponent through the glass on his first NHL shift and scoring two goals in his first game, Strasburg striking out 14 and walking none (the first player in major league baseball history to strike out that many without walking a batter in his major league debut) in only seven innings of work.

The difference is that Ovechkin has a fuller body of work. Incomplete it might be, but there are 475 games of regular season and 37 games of post-season experience to look back upon. And the disappointment that attaches to that experience as a result of the Caps’ persistent playoff disappointment has perhaps caused his potential to seem unrealized. Strasburg, meanwhile, has only those 12 games, merely a fleeting glimpse of what could come. Fans can still imagine a fireballing Strasburg leading the Nats to the post-season and pitching in a World Series (never mind that it has been almost 80 years since a Washington major league baseball team appeared in one).

And that brings us to an unfortunate truth. The ability to captivate fans, whether in D.C. or in just about any other major league sports town – is as much a product of winning as it is talent. And it has been a long time since any of the teams representing Washington in the four major professional team sports claimed a championship. January 26, 1992, to be exact, the Redskins winning Super Bowl XXVI. In the 19-plus years since, D.C. teams in the four major professional team sports – the Redskins, Wizards, Nationals, and Capitals – have a combined record of 1,902 wins; 2,329 losses; and 202 overtime losses and ties. Less than 43 percent wins in that time. And the post-season hasn’t been any better – 62 wins and 86 losses, a .419 winning percentage. Only seven playoff series wins (six of them by the Caps), and only one team – the 1998 Capitals – so much as competed in a championship final (it is also the only team to advance as far as a conference final in that time).

And losing, or at least failing to fulfill expectations, can have a draining effect on those abilities to captivate. Even the accomplished Ovechkin, he of the four 50-goal seasons, three Ted Lindsay Awards, two Hart Trophies, two Maurice Richard Trophies, an Art Ross Trophy, and the Calder Trophy as top rookie, had some cracks appear in his support this past season – maybe he isn’t in top shape, maybe he shouldn’t be captain. That sounds more like fan frustration than an indictment of Ovechkin’s talent, but it is testament to the finite shelf life even a gifted athlete might have in terms of his ability to captivate and grab the imagination of sports fans in these parts if his team doesn’t win.

So maybe Stephen Strasburg does have the potential to captivate D.C. sports fans to a degree that Ovechkin, Orakpo, or Wall cannot. Maybe he can do more in 30 starts for his team than the others can do playing in all their respective teams' games.  But to realize that potential, he is going to have to win, and not just in terms of 20-win seasons, the rough equivalent to a 50-goal season. He, like his contemporaries in Washington sports, is going to have to win on the big stage. And he, like his contemporaries, is looking up a steep hill of frustrating history to get there.

Posted by The Peerless at 11:03 PM No comments:

August 8th was a busy day in history for the Caps as August days go in hockey.  In 2005 they signed Ben Clymer and Miroslav Zalesak.  In 2006 they signed Timo Helbling and Petr Taticek.  Clymer played in 143 games over two seasons with the Caps.  Helbling played in two games with Washington. Neither Taticek nor Zalesak played with the Caps.  And in fact, none of them played in the NHL again after they left the Caps.

We said it was a "busy" day, not a consequential one.
Posted by The Peerless at 3:25 AM No comments: 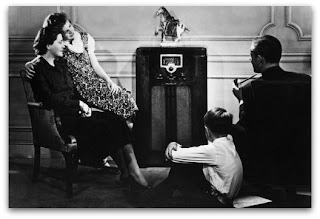 Last night we partook of our weekly ritual of a bacon, sauerkraut, and anchovy pizza, and it had the predictable results – noxious emanations and a lively dream sequence. Couple those with having had to listen this past week on sports radio to the tedious minutiae of what passes for Redskins training camp, where the media hang on every throw and catch and furrow of Shanahan brow, and we had an interesting dream about what Caps training camp might be like if sports radio in these parts hung on every twitch and shrug…

Aggravating Show Host: “We’re joined now by our Caps beat reporter Ray Bock, who has been over at Kettler catching up on the Caps this week at training camp. So, what’s going on with the Caps?

Ray Bock: “Well, the Caps had a lively session this morning, and if they aren’t yet in mid-season form, they looked pretty sharp.”

ASH: “That’s in our next segment, but Ray, how did Alex Ovechkin look?”

RB: “Ovechkin really looked on top of his game. He made a nice left turn in the corner in one drill, and he certainly had the water bottle squirt down late in the session”

KIACH: “It’s hard to believe that this is more interesting than ‘Graham or Gano, which kicker’s got to go?’”

ASH: “Uh…yeah. But Ray, what about Nicky Backstrom? Is he sharp?”

RB: “As sharp as you could expect. He did manage to complete a saucer pass to Alex Semin in the skate around before practice that looked close to mid-season form.”

KIACH: “Shouldn’t we be talking about whether Tiger Woods will ever win another golf tournament.”

ASH: “Save it for the weekend golf show…Ray, did Bruce Boudreau seem pleased with today’s practice.”

RB: “His whistle didn’t seem to be quite up to his tweeting standard, but he showed real nimbleness when he was scribbling on the white board.”

ASH: “What about the new guys...how did Jeff Halpern look?”

KIACH: “Orakpo or DeAngelo, which one will put on a show…”

RB: “I have to say, Halpern looked like he was born to wear the ‘15’ made famous by Stan Gilbertson and Mike Sitala.”

KIACH: “You know, no Capital has worn Halpern’s old number ‘11’ since Halpern left the club.”

KIACH: “And no one was more deserving than Jeff Halpern…”

ASH: “What about the other new guys…Joey Ward and Ron Hamrlik”

RB: “JOEL Ward and ROMAN Hamrlik looked in tip-top shape. Neither fell down once in today’s skate, and Ward had a real nice dump in about half way through the practice.

RB: “He was at his curl and draggy best…”

ASH: “We’ll be right back after these messages…don’t go away.”
Posted by The Peerless at 1:05 AM No comments: