The Peerless Prognosticator is ON THE AIR!!! -- Game 15: Blue Jackets at Capitals, November 11th

The Washington Capitals take the ice on Tuesday night at Verizon Center in a Magnificent Metro Matchup as the Columbus Blue Jackets come to town to celebrate Veterans Day in the U.S.  It is a little known fact that the “Blue Jackets” almost did not become the name of the franchise.  That’s right.  When Columbus was awarded an NHL franchise, the name came down to two candidates, “Blue Jackets” and “Justice.”  Really?  Could you imagine a Columbus logo that looked like this?*... 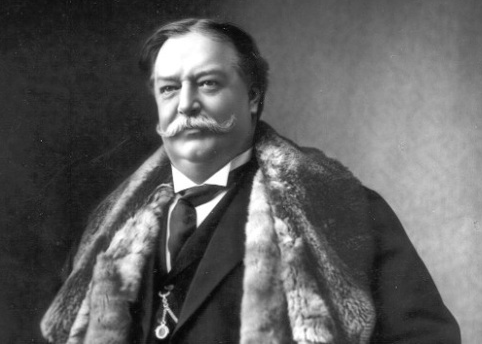 Almost looks like that dumpy skating penguin the team just up the road in Pennsylvania has.

As for the Blue Jackets, meet a dangerous team, a good team with the desperation that an eight-game losing streak brings to the ice.  Columbus has not won a game since beating the San Jose Sharks, 5-4, on October 23rd.  What does such a losing streak look like?
Columbus has been decimated by injuries, but part of their recent woes is that their scoring is very unbalanced.  Two players – Scott Hartnell and Nick Foligno – scored nine of the team’s 15 goals over their eight-game skid.  Only one other player has more than one goal – Cam Atkinson.

Hartnell is a player that Caps fans will remember for his seven years as a Philadelphia Flyer.  Seven was apparently enough for Hartnell, who waived a no-move clause after the first year of a six-year contract to be moved to Columbus for R.J. Umberger last June. The move has agreed with him.  With 14 points in 14 games (5-9-14), Hartnell is the Blue Jacket’s third leading scorer, and not to leave his Flyer days behind him entirely, he has 23 penalty minutes, also third on the team.  All five of his goals have come over Columbus’ eight-game losing streak.  In 33 career games against Washington, he is 11-11-22, plus-6, with 42 penalty minutes.

Nick Foligno is the other big scorer, as it were, during this eight-game slide.  Four of his team-leading seven goals have been scored in the losing streak.  No Blue Jacket forward has been on ice for more goals-for than Foligno thus far (22 of the team’s 36 goals), despite his having missed one game, that on Hallowe’en against Toronto to an upper-body injury.  Foligno is 2-7-9, plus-4 in 18 career games against Washington.

One thing the Blue Jackets have not had, either in this losing streak or for the season to date, is scoring from the blue line.  Defensemen account for only three of the team’s 36 goals, only two of the 15 in the eight-game losing streak, those coming from David Savard and Tim Erixon.  Savard is the only Blue Jacket defenseman with as many as two goals (2-3-5), but that comes with a price.  His minus-8 is second worst among Columbus defenseman, and only Jack Johnson among that group has been on ice for more goals (26) against than Savard (18).  He has yet to record a point in three career games against the Caps.

Here is how the teams compare, numbers-wise: 1.  Columbus ranks dead last in scoring defense.  They do not come upon it accidentally.  Their team save percentage of .886 is also dead last in the league.

3.  Columbus sure can draw penalties, though.  Only Detroit and Colorado (each with 59) have had more power play opportunities than the Blue Jackets (58).

1.  The Caps are eighth in the league and fourth in the Eastern Conference in Corsi-for percentage at 5-on-5 (52.30 percent).   They are even better in close-score situations (sixth with 53.76 percent).

3.  Odd stat… no team has more extra time losses (three) when outshooting their opponent than the Caps.  Given that the Caps have outshot their opponents 11 times in 14 games, this is not necessarily surprising.

5.  The Caps have scored more goals over the first and second periods of games (34) than all but two teams – Pittsburgh (41) and Tampa Bay (37).  That third period, though.  Only Buffalo, Florida, and Winnipeg have fewer than the nine goals scored by the Caps.

When Columbus goaltender Sergei Bobrovsky went down with a broken finger in a practice session in late October, the Blue Jackets lost arguably their most valuable player.  Even though he was not off to the fastest of starts (4-4-0, 2.81, .908), he was a Vezina Trophy winner (2013) who had a .926 overall save percentage over the past two seasons.  His absence presented an opportunity for backup Curtis McElhinney.  The journeyman (Columbus is his fifth team in seven NHL seasons) has been struggling with his chance.  In five appearances since Bobrovsky went down, McElhinney has an 0-4-1 win-loss record with a 3.62 goals against average and a .890 save percentage.  What he has done is improve in his role.  In those five appearances he has allowed progressively fewer goals (5-4-3-3, and then two in 38 minutes of relief in a 7-4 loss to Tampa last Saturday).  His save percentage has been .909 or better in his last three appearances, .914 overall.  He is 44th among 50 qualifying goaltenders in save percentage at even strength (.902).  He has one career appearance against the Capitals.  It did not go well.

With Brooks Laich and Tom Wilson nursing injuries, there is bound to be some shakeup on the forward lines.  What we saw in the 4-3 win over Carolina on Saturday after Wilson went down was Jay Beagle getting time on the top line with Nicklas Backstrom and Alex Ovechkin.   The lines at practice on Monday suggested this could be a thing against the Blue Jackets on Tuesday night.  Beagle’s pedigree does not suggest “first line forward.” Since coming into the league in 2008-2009 Beagle is 14-14-28 in 201 career games, and there are 31 defensemen over that span who have as good or better shooting percentages than Beagle’s 6.3 percent in that many or more games.  However, he is an earnest sort who can give the Caps another credible faceoff option on the top line.

You really don’t want to be the team that is the victim of a team ending a long losing streak, especially at home.  There is little that Columbus is doing right these days from the net out in all directions.  Not that the Caps are hitting on all cylinders, but they do seem to be coming out of that five-game funk that they were in as October rolled into November.  In an odd way, this will prove a decent test for Caps goaltending, likely to be the responsibility of Braden Holtby.  The Blue Jackets have one game in their eight-game losing streak in which they scored more than two goals, and that was against Evgeny Nabokov, who is Tampa Bay’s backup these days.  If the Caps cannot clamp down on an opponent such as this, then there are still issues.  We think, as you suspect if you read this space, they will put the clamps on the Blue Jackets.

*  William Howard Taft, Ohio native who became Chief Justice of the U.S. Supreme Court and the only person in U.S. history to serve as both Chief Justice and President of the United States.
Posted by The Peerless at 9:36 PM No comments: