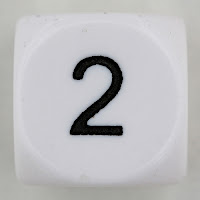 Sometimes, one is all it takes.  The Washington Capitals got one goal in their game against the Detroit Red Wings on Friday night, and goalie Braden Holtby made it stand up as the Caps made it two wins in a row, beating the Red Wings, 1-0, at Verizon Center.

For more than 50 minutes the teams battled back and forth without a goal to show for it.  As the clock ticked down toward the five-minute mark in regulation, the teams were fighting for the puck in the corner to the right of Detroit goaltender Jimmy Howard.  Tom Wilson tried to send tht puck out from below the goal line, but it ended up on the stick of Tomas Tatar, who tried to backhand it off the side wall and out of the zone.  The puck made only so far as Dmitry Orlov.  From the left point, Orlov sent a drive to the net that Howard stopped, but the rebound came out to the low slot where Jay Beagle was waiting.  From one knee, Beagle snapped a shot under the glove of the diving Howard, and the Caps had the only goal they would need.

-- After a brief hiccup in which they allowed 34 and 38 shots on goal in consecutive games, the Caps allowing the Red Wings just 25 shots on goal was the third straight game holding an opponent to fewer than 30 shots.

--  Lars Eller lasted one shift.  T.J. Oshie lasted three.  Andre Burakovsky skated seven shifts.  All sustained upper body injuries that took them out of the game, leaving the Caps having to use just nine forwards for more than two periods.

-- Even with the three forwards out, Alex Ovechkin skated just 19 minutes.  That didn’t keep him from posting nine shot attempts (four shots on goal) and dishing out four hits.

-- Speaking of hits, anyone have “Nicklas Backstrom” leading the team?  Well, he did, with five.

-- Brett Connolly, not thought of as an especially physical forward, had four credited hits in 15 minutes of ice time with no shots on goal.  The 15 minutes and changed was more than three minutes more than his previous high in ice time this season.

This could have been a letdown game after the big win against the Penguins on Wednesday.  The Caps caught something of a break facing a team struggling to score goals, but they still managed to grind out a win when their own scorers were having problems.  And then there were the injuries to Eller, Oshie, and Burakovsky that took out much of the scoring punch that the Caps have on hand.  A timely goal and some stout goaltending gave the Caps what they needed when the other pieces were missing.  That’s what makes for a good win on a tough night.