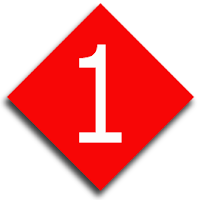 If Brooks Laich could get just a little more elevation on his backhand off a semi-breakaway in the first minute, Marc-Andre Fleury’s night might have been less pleasant.

If the Caps could have gotten any of five shots on goal behind Fleury on a 4-on-3 power play provided them when Evgeni Malkin took a weak retaliatory penalty for having been decked by Alex Ovechkin moments earlier, what happened next might not have happened…

If John Carlson is a left-handed shot, maybe he can get his stick in the way of a Kris Letang pass that Sidney Crosby deflected behind Michal Neuvirth for the first goal eleven seconds after that power play ended.

And all that was before the game was eight minutes old. The Washington Capitals had their chances in last night’s game against the Pittsburgh Penguins, but in the end – a long drawn out end, as it turned out – the Penguins skated off with a 3-2 win, courtesy of a Pascal Dupuis goal in the trick shot competition following a scoreless overtime.

You probably could not script a better game than this. Both teams brought their “A” game to this one. The stars – Sidney Crosby and Alex Ovechkin – made their presence known early, Crosby with that early goal and Ovechkin with a thundering hit on Evgeni Malkin. Marc-Andre Fleury had a sparkling game in goal, and Mike Green finally did what he does – score goals on the power play.

But ultimately it came down to a guy who was more or less along for the ride all game (plus-two despite taking one shot while playing on the top line and otherwise having no marks on his score sheet). Pascal Dupuis solved Michal Neuvirth in the seventh round of the Gimmick to make the Penguin fans happy.

-- The Caps out-shot, out-attempted, out-hit, blocked a higher percentage of shots taken, and out special-teamed the Penguins (a power play and a shorthanded goal).  Small consolation.

-- Allowing five power plays to a team as dangerous as the Penguins might be trouble, but the Caps allowed only three power play shots, and they scored on the only shorthanded shot they took (Mike Knuble).

-- Someday, Alex Ovechkin will score again (he has two goals in his last 19 games, and last night made none in his last eight), but his current drought hasn’t been for lack of trying. He had 13 shot attempts, five on goal. But he had only one shot on goal in the third period, that coming in the period’s 17th minute.

-- If Sidney Crosby is half the Penguin offense, then you keep the puck away from him. Hard to do, but David Steckel did his part. He won eight of ten draws against Crosby on his way to a 13-for-17 night.

-- If Mike Green was a special object of affection for the Penguins (and they took every chance to plaster him to the boards), he stood up magnificently. Six shots, a power play goal, eight hits, five blocked shots, and a takeaway in more than 34 minutes of ice time (and he didn’t play in almost the first three minutes of the game). Even his hook on Evgeni Malkin that produced a penalty shot could be forgiven in the balance.

-- One more thing on Green…4:30 in shorthanded ice time (second to Scott Hannan). The Penguins didn’t get a power play goal. But Green doesn’t play defense…right?

-- How intense was this game? Karl Alzner had four hits…Marcus Johansson had three. These aren’t guys one normally expects to have multiple-hit games.

-- And one last if… Mike Green stickhandling like Alexander Semin in deep, getting Fleury down, then tucking the puck under the goalie. Fleury covered the puck on the goal line. Was it over the line? We can never know – there is no camera angle under the glove. But that is how close games are in the NHL…wonder if HBO will pick that up.

Let’s not lose sight of the fact that the Caps are 2-1-2 in their last five games, and only herculean efforts from goaltenders Tim Thomas and Fleury denied the Caps at least two additional points (three had they been able to defeat the Bruins). You cannot say that the Caps are entirely back – the top line just isn’t functioning like a top line lately. But the Caps have emerged from their eight-game funk a seemingly grittier team finding more ways to win (or earn points) than to have Nicklas Backstrom make pretty plays or Alex Ovechkin score goals.

The Penguins deserve credit. They were focused and opportunistic in their own right, but looking at the long view, there are no Gimmicks in the playoffs, and we are still left wondering if Crosby should eventually prove mortal, where is the support going to come from to pick up the slack? Crosby had a hand in both Penguin goals last night, but otherwise that line was almost silent. Malkin had a strong game – he showed on a few occasions why defensemen must have nightmares featuring him charging into the offensive zone on a rush. But otherwise the Penguins are a somewhat offensively challenged team.

What they are not is defensively challenged, and it is in this respect that they look a lot like their Cup winning team a couple of years ago. Everyone buys into their role at that end of the ice. The Caps are looking more like that sort of team. The defense blocked 12 shots and had 15 hits; not bad, considering that Tom Poti played only 3:34.

We thought that last night might be the first in an 11-game series between these teams this season. We saw nothing last night to change our minds on the matter. Buckle up…it’s going to be quite a ride.
Posted by The Peerless at 6:57 AM 2 comments: