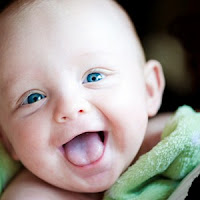 The Washington Capitals looked to get out of a 2-to-1 deficit in games when they took the ice against the Toronto Maple Leafs at Air Canada Centre in Toronto on Wednesday night.  It was as close as any of the other three games, but unlike those games, this one did not go to overtime, the Caps skating off with a 5-4 win to even the series at two games apiece.

The Caps, as they did in Game 3, opened the game with a pair of early goals.  With the game not three minutes old, the Caps had a faceoff in the Toronto end.  Nicklas Backstrom won the draw cleanly back to Nate Schmidt at the left point.  His shot snuck through but came to rest at the pads of goalie Frederik Andersen.  Backstrom darted in, getting inside position on Tyler Bozak, and slid the puck to T.J. Oshie circling out from the other side of the net.  Oshie pulled the puck to his forehand and snapped a shot into the net before Andersen could get across, giving the Caps a 1-0 lead 2:58 into the game.

Bozak took a penalty a minute later, and the Caps made the Leafs pay. Morgan Rielly tried to play the puck up the wall and out of the defensive zone, but he got it only as far as Kevin Shattenkirk at the right point.  Shattenkirk sent the puck across to Alex Ovechkin in the left wing circle, and Ovechkin made a direct call from his office, burying the puck past Andersen at 4:34 of the period to make it 2-0.

As the Caps have done too often in this series, though, they gave up momentum, this time in the form of a Zach Hyman goal just 42 seconds after Ovechkin’s, tipping a Jake Gardiner drive past goalie Braden Holtby.

The Caps regained their two-goal lead eight minutes later when Lars Eller stormed down the right wing, skated the puck down and around the back of the Toronto net, came out to the right of Andersen, turned and fired a shot that clipped Tom Wilson on the way through, eluding Andersen to make it 3-1 at the 13:41 mark.

Wilson scored again less than three minutes later when he accompanied Andre Burakovsky on a 2-on-1 in the Toronto zone.  Burakovsky’s pass was right on Wilson’s tape, and he wasted no time snapping a shot past Andersen’s glove to give the Caps a 4-1 lead going into the first intermission.

Toronto got the only goal of the second period, converting a power play chance early on.  Working the puck around the perimeter, the Maple Leafs finally got it to James van Riemsdyk in the right wing circle.  VAN Riemsdyk’S shot hit Dmitry Orlov’s skate as Orlov was sliding across to try to block the shot.  It altered the direction of the shot enough to elude Holtby on the near side, and it was 4-2 as the teams went off for the second intermission.

In the third, the Caps had a Nate Schmidt goal washed out on a goaltender interference call, and the Maple Leafs took advantage of the break not long after.  A Connor Brown fed Matt Hunwick for a one timer that was stopped in front.  But Auston Matthews pounced on the rebound and sent it past Holtby;’s right pad to make it a 4-3 game 12 minutes into the period.

Just 59 seconds later, T.J. Oshie restored the Caps’ two goal lead for a third time.  With neither team able to control the puck at the Toronto blue line, Backstrom finally poked it ahead to Oshie behind the Maple Leaf defense. Oshie did not spare a moment in ripping a shot through Andersen’s pads to make it 5-3 at 12:59.

Toronto made things interesting in the last minute of regulation with Andersen pulled for an extra attacker.  William Nylander fed the puck down from the right point to Mitch Marner, who fired a shot on goal.  The puck did not get all the way through, but it did squeak off to the left to where Tyler Bozak was parked, and he stuffed it into the net with just 25.8 seconds left.  It was as close as the Maple Leafs would get, though, and the Caps skated off with a 5-4 win and a new series heading back to Washington.

-- T.J. Oshie had a two-goal night, his second multi-goal game as a Capital in the postseason.  He became just the second Capital to record more than one playoff multi-goal game in the post-2005-2006 lockout era (Alex Ovechkin has five).

-- Braden Holtby has made a lot of big saves over the past several years for the Caps, but if the Caps do damage in this postseason, the “save” by Tom Wilson will be the stuff of legend.  Morgan Rielly looped in on the right side and wristed a shot at the net that slithered between Holtby’s pads.  From the other side of the play, Wilson circled behind Holtby and dove at the puck, knocking it off the line just as it was about to touch red paint…

…and that was Wilson in front to screen Frederik Andersen and get a piece of the Lars Eller shot going through to make it a 3-1 game.  If the game had been tied at the other end, we might be writing the pre-obituary to the Caps season tonight.

-- The Caps turned the tables on the Leafs in penalty killing in this game.  After Toronto killed a full, two-minute 5-on-3 power play on Monday, the Caps killed 1:56 of 5-on-3 power play time to end the second and open the third period with the Caps holding a two-goal lead.

-- Nicklas Backstrom had a two-assist night.  It was his 15th career multi-point postseason game.

-- Toronto was charged with 29 giveaways and 38 turnovers overall, including Caps takeaways.

-- With Tom Wilson on the third line with Lars Eller and Andre Burakovsky, Brett Connolly joined Jay Beagle and Daniel Winnik on the fourth line.  As a group that trio had just one shot attempt (Beagle had a shot attempt blocked).  Connolly skated less than five minutes (none in the last 12:16), Winnik less than seven minutes, and it took two late defensive shifts in regulation to get him to that level.

-- The Caps won more than half the draws they took (32 of 6/52.5 percent), but in the last 2:59 of the game, Toronto won six of seven draws, four of them in the offensive zone.  The odd thing was that the Maple Leafs scored their fourth goal with less than half a minute left after losing their only draw in those last three minutes.

-- Kevin Shattenkirk skated just 12:54 for the defense.  That is a career low (by almost two full minutes) in 51 career postseason games.  He skated 14:43 in a 3-1 St. Louis Blues win over the San Jose Sharks in Game 5 – the series clincher for the Blues – in their 2012 opening round series.

The Caps won the shot attempts battle at 5-on-5 (52-45/53.61 percent) and outscored the Maple Leafs, 4-2, at fives.  But yet, the Leafs hung around and hung around.  The Caps, who have now allowed more goals than any other playoff team except the Columbus Blue Jackets, almost let the Leafs hang around long enough to force another overtime.  But there was that one instance when a Nate Schmidt goal was disallowed for goaltender interference.  It was, it appeared to these red-rocked eyes, a liberal interpretation of the term, “interference,” for this is what Rule 69.1 states, in part:


“This rule is based on the premise that an attacking player’s position, whether inside or outside the crease, should not, by itself, determine whether a goal should be allowed or disallowed. In other words, goals scored while attacking players are standing in the crease may, in appropriate circumstances be allowed. Goals should be disallowed only if:  (1) an attacking player, either by his positioning or by contact, impairs the goalkeeper’s ability to move freely within his crease or defend his goal; or (2) an attacking player initiates intentional or deliberate contact with a goalkeeper, inside or outside of his goal crease. Incidental contact with a goalkeeper will be permitted, and resulting goals allowed, when such contact is initiated outside of the goal crease, provided the attacking player has made a reasonable effort to avoid such contact.”

Did Nicklas Backstrom, by his positioning or contact, impair Frederik Andersen’s ability to move freely within his crease or defend his goal?  That seems a hard case to make when: a) the Toronto defender “positioned” Backstrom in the blue paint by pushing him in, and b) Andersen initiated contact with Backstrom by wrapping his glove arm around Backstrom’s waist.  And, did Backstrom initiate intentional or deliberate contact with Andersen?  It is, again, hard to make the case when the video evidence suggests that Backstrom is being pushed in by the Toronto defender, and he is being impaired from backing out of the crease – i.e., to avoid contact with Andersen  -- by said defender.  Through these red-tinged eyes, the refs blew that call, and the official explanation is woefully thin on explanation.

It mattered.  Had the goal been allowed, the Caps would have had a 5-2 lead with less than 12 minutes left in regulation.  Toronto scored less than four minutes later to complete the two-goal swing, avoiding a three-goal deficit and closing the gap to a single goal.  Thus are the thin margins on which games are won and lost in the playoffs.  Tonight, the Caps fought through that misfortune and scratched out a win in spite of it.  It was not pretty, but it was precisely the kind of win the Caps needed – hard fought, resolute.  Winning teams win those games at this time of year.

Posted by The Peerless at 11:08 PM No comments: