That was the observation of Capitals Coach Bruce Boudreau on the matter of David Koci last evening after the latter ended Mike Green's evening last night with a hit from behind that left Green with a mangled face and cloudy memory. He was describing what he felt was the typical night for Koci as an NHL player. Coach Boudreau hit it on the nose. Why, just within the last eight games for the Avalanche...

November 28th -- First shift of the game, gets into a scrap with Minnesota's John Scott (2:23 into the game). Koci would skate four more shifts (none in the third period) and finish with 4:04 in ice time.

December 5th -- Third shift of the game, gets into a bout with Columbus' Mike Commodore (11:28 into the first period). Koci would not skate another shift, finished with 1:12 of ice time for the evening.

December 15th -- A marathon by Koci's standards, he made it into the second period. There, he boarded Mike Green (ending the defenseman's evening), upon which he was confronted by John Erskine (15:28 into the period). With majors for boarding and fighting, plus a game misconduct, Koci's evening was complete with eight shifts taken and 4:52 in ice time.

Four games, 17 shifts, 10:10 in total ice time, and the Avalanche split the four decisions (one of the losses coming in a shootout).

After the game, Coach Boudreau asked rhetorically, "[he] gets into his fight and then he sits at the end of the bench, so what good is he?"

Draw your own conclusions.
Posted by The Peerless at 9:15 AM 4 comments:

The same team that wore white sweaters and stunk up Air Canada Centre last Saturday in a 6-3 loss to the Toronto Maple Leafs pulled on their white sweaters again last night and disposed of the Colorado Avalanche in a 6-1 win at Pepsi Center in Denver.

That the Caps did it in the face of considerable adversity only enhances the head-scratching over how this team can be so blech on one night and so sublime the next. The adversity was delivered in the form of David Koci, a journeyman enforcer who cheap-shotted his way onto the score sheet (in only 4:52 of ice time) by running Shaone Morrisonn and Mike Green into an early end to their respective evenings.

The injury to Morrisonn hasn’t been disclosed, but Green was fed more than his minimum daily requirement of plexiglas when Koci took aim at him from behind, smashing him head first into the end glass. He left the ice bleeding from the left side of his face and did not return. Bruce Boudreau was not shy in the post game offering an opinion on Koci’s handiwork…

"Please, the guy has one goal in six years. He couldn't play in the American League. I've faced David Koci a lot. He might be a nice guy -- I have no idea. I'm glad he's making a living. Let's be honest; if this was any [other] game he gets on the ice in the first three minutes, gets into his fight and then he sits at the end of the bench, so what good is he? I mean, [for] 15 feet he saw Green's No. 52 and it didn't stop him one iota from hitting him in the back and going for his head. I hope they throw the book at him. It was a bush-league hit."

Boudreau will not be testifying as a character witness for Koci when the league looks into the matter, although the league will be looking at the tape, no doubt, and seeing Koci in a menacing pose just before the hit... 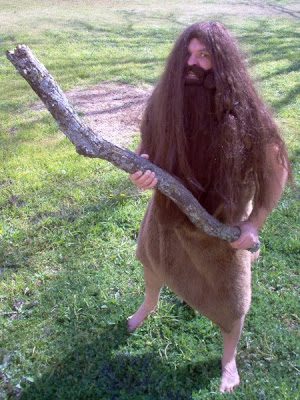 Combined, the two defensemen logged barely 20 minutes of ice time for the night, about half their usual amount, meaning that the Caps played with four defensemen for the last half of the game and Brooks Laich taking turns on the blue line.

Still, Colorado would manage only 28 shots and one goal, a tribute to all 16 remaining skaters contributing to the effort. How?...

- 15 skaters finished on the plus-side of the ledger, nine of them a plus-2 or better.

- 12 skaters registered points, five of them with multi-point efforts.

- Karl Alzner had four blocked shots (leading all skaters for both teams).

- Kyle Wilson (of the Hershey Wilson’s) had two assists and tied for the team lead in shot attempts (six).

- John Erskine was plus-3 (the second time in seven games he’s hit that mark; he is plus-11 for the year) and took his pound of flesh from Koci after the latter ran Mike Green into the end boards. Add to that an assist and a blocked shot, and…well, it might not rise to the level of a “Gordie Howe Hat Trick,” but it’s something to note.

- OK, if someone came up to you and said that Alex Ovechkin and Alexander Semin had only four combined shot attempts in the game (three combined shots on goal), would you then believe that person if they said the Caps scored six goals?

- The Caps were credited with one – one – giveaway.

- Was it efficient shot-taking or bad goaltending? The Caps registered those six goals on only 41 total shot attempts. Their first five goals came on their first 30 shot attempts (including misses and blocks).

- Alex Ovechkin averaged 1:26 per shift in the second period (1:12/shift for the game). OK, he’s an amazing physical specimen, but isn’t that a bit much? He was dialed down in the third, though, only getting five shifts.

- Matt Bradley was the other Cap with six shot attempts. A goal, an assists, plus-2, a hit, and a takeaway, all in only 14:28. A very full evening. 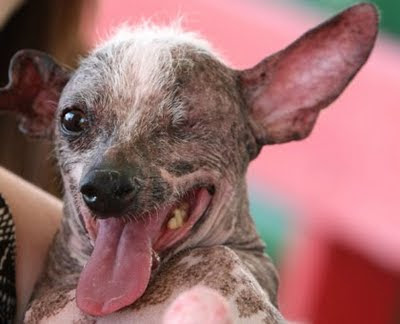 This might not have been the Caps’ best game of the year, but it might have been their most complete game. Colorado had won four of five coming into this game, and their only loss was a 1-0 decision against Minnesota. The Caps scored early (1:56 into the game) and often (five goals in the first 33:22), and Jose Theodore stopped everything he saw until the game had long been decided.

It was an extremely efficient gutting of the Avalanche and an example of what this team is capable of when they are engaged. Their timing is pretty good, since now they get to apply these lessons to an old nemesis on Friday when the team heads to Vancouver to face the Canucks and Roberto Luongo.

But in the meantime, great job.
Posted by The Peerless at 6:49 AM 2 comments: