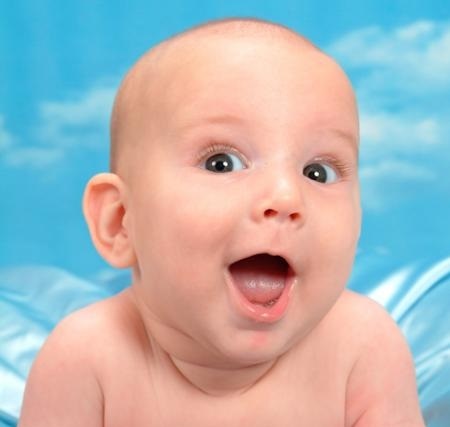 The Washington Capitals spotted the New York Rangers a first period goal, but then they stormed back with three of their own to defeat the Rangers, 3-1, at Verizon Center on Thursday night.

The game started as if it would be a low-scoring grind, but the Rangers finally broke through late in the first period.  Carl Hagelin got the Rangers on the board first with equal parts hard work and luck, first digging the puck free from John Carlson.  Then, Hagelin darted out from behind the Capitals’ net to goalie Braden Hotlby’s left and tried to wrap the puck around the post.  The puck spun off Hagelin’s stick through the blue paint and would have done no harm, but it hit John Erskine’s skate and deflected into the back of the net to give the Rangers a 1-0 lead at 16:44 of the period.

That was how it remained until the Rangers until the Rangers took a penalty early in the second period.  Taylor Pyatt took an elbowing penalty at 3:14, giving the Caps a power play.  It stunk.  The Caps recorded only one ineffectual shot on goal on that power play, but they saw something, and when the Rangers obliged the Caps by taking another penalty barely a minute after the Pyatt penalty expired, the Caps pounced.

It was about getting pucks to the net.  It started with Alex Ovechkin dumping the puck into the far corner to goalie Henrik Lundqvist’s left.  Nicklas Backstrom was first to it along the wall, and he worked the puck out to Mike Green.  The puck took its turn on the sticks of Backstrom, Green, and Mike Ribeiro, eventually making its way back to Green at the top of the offensive zone.  Green loaded up for a slap shot, but directed the shot to Lundqvist’s right and off the end wall.  The puck caromed back to the edge of the faceoff circle where Alex Ovechkin was waiting to bat it under the right arm of Lundqvist and in to tie the game at 6:59 of the second period.

Late in the period the Caps put the game away with a pair of goals in short order.  The first goal in the sequence came on a simple play, well executed.  Steve Oleksy backed his way into the Caps’ zone with the puck, allowing the Caps to regroup in the neutral zone.  One Cap, though, got behind the Ranger defense, and Oleksy spied him, firing a long lead pass that Marcus Johansson took at the Ranger blue line.  Johansson took the puck in behind Ranger defensemen Dan Girardi and Ryan McDonagh.  Johansson pirouetted into the Ranger zone on his own and snapped a shot under Lundqvist’s left arm to give the Caps their first lead of the series, 2-1.

Just 46 seconds later the Caps were on the board again thanks to the gritty work of Mathieu Perreault.  First, Perreault outdueled Anton Stralman for a loose puck in the faceoff circle to Lundqvist’s right.  Then, having shed Stralman once, Perreault fended off Mats Zuccarello and Stralman to move the puck to Jason Chimera along the left wing wall.  Chimera was patient enough to let Brad Richards back off to defend against a pass to the point.  When Richards backed off, Chimera turned and sent an off pace shot to the Ranger net that had the look of seeking a rebound or a deflection.  There was neither.  The puck snuck through Lundqvist’s pads, and the Caps had a 3-1 lead heading to the second intermission.

For the Caps, the third period was a matter of playing smart and minimizing Ranger opportunities.  The Caps managed both, leaving the rest in the hands of Braden Holtby, who stopped all 12 shots he faced in the period to seal the win, 3-1, and give the Caps a 1-0 lead in the series.

-- Only three times in their last 13 games of the regular season did the Rangers face more than two shorthanded situations.  The five they faced in Game 1 was the first time they allowed that many to the Caps in a playoff game since giving the Caps seven power play chances in a 4-0 loss to the Caps in Game 5 of the 2009 Eastern quarters.

-- Alex Ovechkin’s goal gave him sole possession of the franchise record for career power play goals in the playoffs.  He had been tied at 30 goals with Peter Bondra.

-- The Rangers tilted the ice severely in the Caps’ direction, once they got their skates working.  They were outshot by the Caps, 9-0, over the first eight minutes, but they finished the game out-attempting the Caps, 79-53, and outshot the Caps by a 36-22 margin after their slow start.

-- Anybody have Steve Eminger leading the Rangers (and tied with Troy Brouwer for the Caps) in hits with seven?  He had those seven hits in less than ten minutes of ice time.

-- It’s hard to know if the first line was efficient, opportunistic, or plain lucky.  The Ovechkin-Backstrom-Johansson trio managed only four even strength shots on goal for the game, Johansson getting the only even strength goal.

-- Mike Green gets the all-you-can-eat buffet coupon… an assist, plus-1, three shots on goal, nine shot attempts (team high), two hits, three takeaways, three blocked shots.  The only thing he did not do was take a faceoff.

-- Braden Holtby gets marks for using the whole net – and just as important, the pipes – in tending goal.  He had a Carl Hagelin shot beat him in the third period, only to find the crossbar, and he pinned another shot against the right post with his blocker shortly thereafter (a shot that was reviewed) to prevent another goal.

-- Speaking of Holtby, his blocker stop of a Hagelin breakaway early in the second period was probably the pivotal point of the game.  It was an indication that Holtby was sharp, probably sharper than Lundqvist at the other end.

-- It should escape no one’s notice that Alex Ovechkin was out on the ice in the game’s last minute.  True, if it was a one-goal lead he very well might not have been out there, but it was a little thing that showed trust in him to play responsibly in his own end.

-- Speaking of which, a nice block of a Rick Nash shot by Ovechkin with less than four minutes left and the game still in doubt.

-- Joel Ward had a quiet – very quiet – 8:06 of ice time, only a lone takeaway marking his line on the score sheet.  But quiet is good as Ward gets his skating legs under him for what could be a long series.

In the end… It could be a long series.  That is the recent history of these teams.  But the Caps now have the shorter path to the second round, having won Game 1.  On the other hand, it is first to “four,” not first to “one,” and the Caps have merely held serve.  Both teams can take something from this game.  The Rangers dominated possession for long stretches after a slow start.  The Caps were opportunistic and made the most of those opportunities.  Rick Nash was beastly, if not well rewarded, while Alex Ovechkin had a more well-rounded game than the usual suspects in the media give him credit for.

If there was a difference in this one it was that Henrik Lundqvist did not have an especially good game.  Given who he is, one could have expected him to stop each of the three Caps shots that resulted in goals. The Chimera goal was uncharacteristically soft on his part.  At the other end, Braden Holtby was sharp, technically not beaten cleanly on a shot from a Ranger stick (the only goal scored as a deflection off a skate).  The Caps and their fans would just as soon this continue, but a seven-game series is not seven chapters that repeat one another.  It is a story of twists and turns.  And this was just the first chapter.  Still, it’s a nice story so far.

Posted by The Peerless at 11:45 PM No comments: