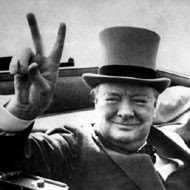 Sometimes, one is all you need.

For the second time in a month, the Washington Capitals got the one they needed and won a 1-0 decision. Last night’s occurrence came at the expense of the Pittsburgh Penguins, who lost their sixth straight game and dropped out of the top-eight in the Eastern Conference.

The Penguins’ place in the standings was taken by the Caps, who now sit in that eighth place spot and who are now four points behind Southeast Division leading Florida with a game in hand.

The one goal came abruptly of a turnover in what was an otherwise cleanly played game. Evgeni Malkin skated into a group of Capitals at the Capitals’ blue line, and Joel Ward poked the puck of the Penguin’s stick. Jeff Halpern picked up the puck and took off the other way with Jason Chimera in tow and Ward trailing. With only Zbynek Michalek back (his defensive partner, Pal Martin, was caught up ice as part of the original Malkin rush), Halpern and Chimera created a two-on-one. When charged at Halpern along the right wing boards to try to prevent entry to the Penguins’ zone, Halpern slid the puck across to Chimera in alone on Fluery. The Penguin goaltender appeared to be cheating to defend a puck coming to his glove side, but Chimera snapped a shot over Fleury’s right pad to record the game’s only goal.

-- When we say “cleanly played,” here is an example. There were only two power plays granted in the game, both for Washington. It was only the second time this season the Penguins failed to receive a power play opportunity and the first time this season that the Caps did not face a shorthanded situation.

-- There were more hits in this game than a Casey Kasem “American Top 40” show. In fact, there were 79 hits. Troy Brouwer had 11 by himself for the Caps (who had 39). Craig Adams – that is “Craig Adams, Harvard, Class of ’99” – had eight in barely ten minutes of ice time (and who added a fighting major for good measure). Fifteen skaters had at least one for the Caps; 12 skaters for the Penguins.

-- Caps fans of a certain age will remember the Jeff Halpern was something of a Penguin killer in his first incarnation as a Cap in the blue, bronze, and white days. His performance last night harkened back to those days – setting up the only goal, a hit, two blocked shots, and 10 faceoff wins in 12 tries.

-- The Penguins did manage to tilt the ice toward the Caps’ end – 30 shots, 60 attempts (versus 21 and 37 for the Caps). And they got their shots from the guys they want taking them. A third of the Penguins’ shots on goal came from Malkin (six) and James Neal (four). But the Caps did a fairly good job of limiting the Penguins’ to one-and-done. There were not many chances for follow-ups.

-- The Caps came up big late on defense. Despite playing the last 1:19 against six skaters, the Caps did not allow a shot on goal. Jeff Halpern blocked two shot attempts (and won two key defensive zone draws in the last 21 seconds), and two other shot attempts were missed by Pittsburgh.

-- Alex Ovechkin had more shots on goal in the third period (four) than he had attempts in the first 40 minutes (three, none of which made it on goal).

-- One way to keep a struggling team on offense from getting any momentum – the Caps won 13 of 19 defensive zone draws. They were 8-0 against Evgeni Malkin in their own end.

-- It is the second 1-0 win of the year for the Caps, Michal Neuvith pitching the shutout against the Winnipeg Jets on December 15th.

In the end, it was one team trying to find its way after a bad road trip against a team struggling to find a way to win a game, any game. These are not the Capitals and Penguins that were must-see TV for the last four years. They are two flawed and damaged teams hanging around the edges of the playoff mix. But there is never a bad feeling when one finds the Caps on the winning side of the score, even if this game lacked fireworks. Because sometimes, one is all you need.
Posted by The Peerless at 6:59 AM No comments: