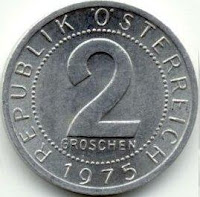 This isn’t the Bowl Championship Series where you get style points for slapping an opponent around for 60 minutes. You get two points for a win, be it by five goals or by an overtime marker.

But that said, Yann Denis deserved better than what he got in the end for the Islanders, a 2-1 overtime loss on his record. The second of two penalties taken by Brendan Witt on the day (the first resulting in the first Capitals goal), a pass by Sergei Fedorov to Alexander Semin while falling down along the right wing boards, a feed by Semin across the crease to Alex Ovechkin, and it was all over.

The Caps had countless chances getting behind the Islander defense and going in alone on Danis, but time after time Danis was up to the challenge. Even when the Islanders were standing around looking at loose pucks on rebounds from difficult first saves, Danis was there to foil the follow ups.

It was sloppy, for the Caps at least – 37 turnovers (17 giveaways by the Caps, 20 takeaways by the Islanders).

Except for a shot on the fly by Jeff Tambellini that rang the crossbar behind Jose Theodore late in the second period, the Islanders were never really all that close to scoring at even strength.

No, nine shots on goal was not a career high for Viktor Kozlov. He had ten on opening night in 1997 against Edmonton while skating for the Sharks.

On the other hand, Brooks Laich’s seven shots was a career high.

Nicklas Backstrom broke his own streak of difficulty on faceoffs, winning nine of 13 draws – the first time he’s been over 50 percent since December 10th.

John Erskine had another strong game; it’s a little more difficult for opponents to set up in front of Jose Theodore in the crease.

Four minor penalties in the third period. Most nights (or days) that’ll kill a team…come to think of it, it almost did today (Islanders scoring on a 5-on-3).

When the Islanders scored on that 5-on-3, it snapped a 4-for-40 streak of futility on the power play. It is also the seventh straight game that the Caps have allowed a power play goal (29-for-38 on the penalty kill – 76.3 percent).

Bill Guerin had seven missed shots. The Caps had a total of nine.

Is the curse of Jon Sim broken? One shot in 11 minutes – and he didn’t score on it.

Congratulations to Jose Theodore on win #200. After giving up ten goals in his last three games, he was solid.
Posted by The Peerless at 8:34 PM 2 comments: