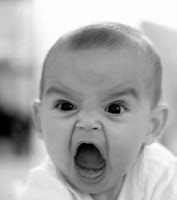 The Washington Capitals took to the road for the first time this postseason to face the Toronto Maple Leafs in Game 3 of their Eastern Conference Quarterfinal series at Air Canada Centre.  And, like the first two contests at Verizon Center, this one went to overtime.  There, the Leafs scored at the 1:37 mark on a power play to win, 4-3, and take a 2-1 lead in games in the series.

Washington opened the scoring in the game’s third minute with both clubs down a man.  With Justin Williams off for the Caps for holding Morgan Rielly, who was tagged with embellishing the play, Nicklas Backstrom put the Caps in front on the Caps’ first shot on goal.  Washington broke out of their end smartly with T.J. Oshie moving the puck to Nate Schmidt exiting the defensive zone.  Schmidt related the puck to Backstrom angling through the neutral zone.  Backstrom lifted a pass off the right wing wall to Schmidt darting down the wing, then headed to the net to take a return pass from Schmidt that he redirected past goalie Frederik Andersen at the 2:43 mark to make it 1-0.

Alex Ovechkin put the Caps up by a pair on the team’s second shot on goal two minutes later.  The Caps hemmed the Leafs in their own end and freed the puck in the right wing circle to T.J. Oshie.  From there, Oshie fed Backstrom, who relayed the puck across to Alex Ovechkin at the top of the left wing circle for a one-timer that beat Andersen at 4:40 to make it 2-0.

Late in the period, Toronto got one back on an odd play in a game that would become filled with them.  Auston Matthews backed off the Caps defense, carrying the puck down the middle over the Caps’ blue line.  His original shot was muffled and found its way off the face of defenseman Nate Schmidt, back onto the stick of Matthews, who tucked it past goalie Braden Holtby’s left pad to make it 2-1, 14:08 into the period.

Early in the second, the Caps restored their two goal lead.  The Caps broke out of their end, three abreast, Justin Williams feeding the puck up to Evgeny Kuznetsov in the neutral zone.  Kuznetsov skated the puck to the Toronto line and then eased it off to Marcus Johansson on his left.  Johansson curled behind Kuznetsov and fired a shot that Andersen stopped with his right pad, but the puck caromed right to Kuznetsov low in the left wing circle. Kuznetsov swept a shot behind Andersen before he could recover, and it was 3-1, 5:39 into the period.

Then, the Caps relived the oft-quoted rule that the two-goal lead is the most dangerous in hockey.  Toronto closed within a goal on a second-chance shot by Nazem Kadri from the cheap seats.  His initial shot from just inside the blue line pinballed in front of Holtby and skittered to the right wing corner.  The Caps could not clear, and the puck made its way back to Kadri at the right point.  He circled out and floated a shot that eluded a clot of players in front and found the back of the net 15:13 into the period to make it 3-2.

Toronto made it all the way back in the last minute of the second period.  It was a simple case of dump and chase.  Zach Hyman dumped the puck in deep and went after it.  He got it to Matthews, who fed William Nylander open in front.  Nylander’s first shot was stopped, but the rebound came right back to him, and he had time and space to slide to his right and fire the puck past Holtby, who was still on the ice from the initial save.  Going to the second intermission, it was a new game at 3-3.

After 20 minutes of scoreless third period hockey, that was how regulation ended, with one notable exception.  Lars Eller took a high-sticking call with 16 seconds left in regulation to put Toronto on a power play to start the extra period.  With the power play winding down, Tyler Bozak converted a feed from Nazem Kadri from the low slot, beating Holtby past his left pad and sending the Maple Leaf faithful into a delirium with the 4-3 overtime win.

-- The game could have turned mid-way through the second period when the Caps had a full two-minute 5-on-3 power play, followed up by a 5-on-4 man advantage less than a minute after their unsuccessful 5-on-3 expired.  They hit on one of those three power plays there, it’s a 4-1 game, and it might have gone in an entirely different direction.

-- Is there a line that has “played” better recently without much to show for it than the Caps’ third line?  The Lars Eller – Andre Burakovsky – Brett Connolly line has had good possession numbers, but they have not been able to convert much of that advantage into offensive numbers.  Tonight, no points, four shots on goal, six shot attempts.

-- This was the first time in Caps franchise history that they played overtime in each of their first three games of a series.  They are still short of the all-time high for overtime games played in a series.  In 2012, the Caps played four overtime games against the Boston Bruins, splitting the first two and the last two games of the series that the Caps won, in overtime, in Game 7.

-- Washington scored their first 4-on-4 goal of the season on Nicklas Backstrom’s goal to open the scoring.

-- The Caps took four penalties in the last 16:26 of regulation. That’s not shooting yourself in the foot, it’s taking a howitzer to it.

-- Nicklas Backstrom had a goal and an assist for his 14th career multi-point playoff game.  That ties Peter Bondra for fourth-most in franchise history.

-- T.J. Oshie had a pair of assists, giving him four multi-point games in the playoffs as a Capital.

-- In his last 12 appearances in the postseason, Braden Holtby is now 4-8, 2.26, .925, with one shutout.  However, he has allowed four goals in three of his last four appearances dating back to last spring against Pittsburgh. He is 1-3 in those games, all of the losses coming in overtime.

The Caps have yet to put together anything resembling a complete 60-minute, all hands on deck effort in this series.  If the Caps do not find a way to do that, and now against a team swelling in confidences, they will be one more load to toss on the slag heap of playoff history that haunts this franchise.  On the other hand, teams that win a Cup more often than not seem to have to beat back adversity in their journey, as often as not early in the tournament.  Consider the Caps now in that situation.

Posted by The Peerless at 10:33 PM No comments:

Washington Capitals: Don't Go Thinking This Series Is Close to Being Over

As the Washington Capitals head to Toronto to try and take back the advantage in their first-round playoff series, we managed to get a seat on the couch at this meeting of Caps fans.  It started as a sad affair, lamenting the fact that the Caps let home ice advantage slip away in Game 2.  But then, inspiration is sometimes found in the strangest and most unexpected of ways…