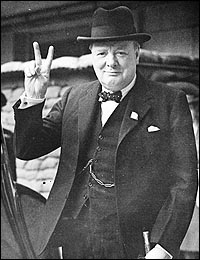 When the Washington Capitals got on their airplane to leave Winnipeg last night after their 6-1 win over the Jets, they did so with the knowledge that they are now in tenth place in the Eastern Conference, only three points behind the eighth-place Carolina Hurricanes and five behind the Southeast Division-leading Jets.

As for the game, the Caps picked up pretty much where they left off from their 4-0 win on Thursday night at MTS Centre.  Just as they did on Thursday night, the Caps put two on the board in the first period.  Brooks Laich got things started with his first of the season at 12:10.  Laich got it started when he outfought Dustin Byfuglien for the puck at the left wing wall (not that Byfuglien put up much “fight”). When Byfuglien tumbled to the ice (perhaps with the help of a gentle tug on back of his his jersey by Laich), Mike Ribeiro swooped in to pick up the loose puck.  Ribeiro continued his transit around to the back of the Winnipeg net, but as he got to the edge of the trapezoid behind the net, he slid the puck out to Laich, who had gone to the net.  Laich snapped the puck past goalie Ondrej Pavelec, and the Caps were running.

Less than four minutes later the Caps had their second goal.  This one was all Troy Brouwer, with a side of Ribs and sprinkle of Laich.  After the Jets buzzed the Caps with a couple of good scoring chances – an Evander Kane drive hit the crossbar on one – the puck squirted out to the high slot.  Defenseman Ron Hainsey jumped up for a shot attempt, but as he was about to let fly, Brouwer chipped the puck past him and took off the other way.  Hainsey might have made a race of it, but he skated right into Laich as the play started toward the Winnipeg end.  That left Brouwer and Ribeiro on a 2-on-1 against defenseman Zach Bogosian.    When Brouwer dropped the puck for Ribeiro at the Jets’ line he curled off to the left side and opened up for a return pass.  Ribeiro froze Bogosian and fed Brouwer for the one-timer that Pavelec could not stop, and it was 2-0.

The Caps then put things in the hands, skates, and sticks of the fourth liners.  In the sixth minute of the second period, Matt Hendricks, Joel Ward, and Jay Beagle played the time-honoured game (in Canada…note the spelling) of “Chip and Chase.”  Hendricks did the chipping, doing just that -- dropping the puck into the left wing corner -- as he skated with the puck to the Winnipeg line.  Ward took up the “chase,” beating Nik Antropov to the puck behind the Jets’ net.  Ward moved the puck along the back wall, then fed a wide-open Beagle at the edge of the right wing circle for another one-timer on which Pavelec had no chance… 3-0.

Less than two minutes later, the “27’s” for the two teams – Eric Tangadi for the Jets and Karl Alzner for the Caps – battled for a loose puck at the referee’s crease at center ice.  The puck squirted away from them, where it was picked up by Marcus Johansson for the Caps.  Johansson circled through the neutral zone and over the Winnipeg blue line, where he then found Alex Ovechkin on his right.  Ovechkin took one step to set the puck on his stick, they wristed a shot to the wide side that eluded relief goalie Al Montoya to make it 4-0, Caps.

Less than two minutes into the third period the Caps won another unlikely battle for the puck.  Behind the net Byfuglien (6’5” and, well…XXXXL ) was trying to move the puck.  Coming upon Johansson (6’1”, 205 in your program and not generally thought of as a wall warrior), Byfuglien promptly fell down…again.  Johansson accepted the gift of the puck and moved it around the back of the Winnipeg net eventually getting it to Dmitry Orlov at the left point.  Orlov slid the puck to Mike Green, who had – and pretty much took – all the time in the world to wind and drive.  He did so just as Jet forward Chris Thorburn skated across the line of flight of the puck.  It might have distracted goalie Al Montoya just enough.  The puck sailed through and into the back of the net, and whatever faint hope of a competitive game was gone… 5-0.

After Winnipeg got a window dressing goal, a Byfuglien shot that ricocheted off the leg of Caps’ defenseman Mike Green and past goalie Braden Holtby, the Caps put a cherry on top of the sundae with a power play goal.  With Blake Wheeler off for tripping, the Caps worked the puck around their 1-3-1 set up.  Nicklas Backstrom at the right wing wall to Mike Ribeiro at the goal line extended… Ribeiro back to Backstrom… Backstrom out to defenseman John Carlson at the high point… Carlson to Ovechkin at the left wing dot… boom.  6-1.

-- The last time the Caps were this close to eighth place was February 4th.  The Caps were 2-6-1 (five points), three points behind the 4-4-0 New York Rangers (eight points) in eighth place.

-- The Caps seem to have solved Winnipeg.  In four games against the Jets the progress of Caps goals scored has been: two, three, four, six.

-- So, too, at the other end.  Capitals goaltenders have stopped 91 of the last 92 shots they have faced from Jets’ sticks dating back to the third period of the first meeting of these teams this season.  And in fact, the one goal came not on a shot that beat a goaltender cleanly, but deflected off a Capital (Byfuglien’s goal in this game).

-- Troy Brouwer is on a mini-goal scoring run of his own. His goal made it back-to-back games with a score and three of his last four games.

-- After going 1-for-4 on the power play, the Caps are now tops in the league in that statistic (24.5 percent).  They have power play goals in five of their last six games, including both games in Winnipeg.

-- After allowing goals on the first two power plays the Caps allowed to the Jets in the Caps’ home opener on January 22nd, they have killed off the last 14 shorthanded situations they have faced against Winnipeg, including all three last night.

-- Somebody find out what Marcus Johnasson is drinking.  With two points last night, that makes three games in his last four of a multi-point variety.  Johansson is 3-4-7 over his last five games.

In the end, it was a good win.  It showed what the Caps can do when reasonably healthy and well-motivated.  Winning back-to-back games in arguably the loudest arena in the league is no mean feat.  It was the first time the Jets lost back-to-back home games on a single home stand since February 15-17, and that was to Pittsburgh and Boston.  The Caps beat a team – twice – that had been 11-4-1 in their previous 16 games, and it made the Caps 2-1-0 on this road trip.

And that brings us to the next game…what the Caps did in Winnipeg will have a lot more meaning if they can use that momentum to beat the Rangers in New York on Sunday.  Madison Square Garden has become something of a House of Heartbreak for the Caps, having lost three straight one-goal decisions there (one in overtime) dating back to last spring’s playoffs.  We will see if the Caps have turned a corner if they can turn a corner in Manhattan tomorrow afternoon.

But in the meantime, nice job boys.