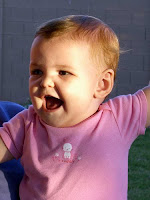 The Capitals put forth a complete team effort tonight as they defeated the Montreal Canadiens at Bell Centre, 5-1, to take a 2-1 advantage in the series and recover home-ice advantage. It was as complete and relentless a dismantling of an opponent as the Caps have enjoyed recently, scoring four goals in the second period, chasing Jaroslav Halak out of the Montreal crease and not making back-up Carey Price look all that comfortable in getting the win.

Five different Caps had goals, ten different Caps had points. And on a night when Alex Ovechkin gets one shot on goal (scoring on it), it is testimony to just how deep this team is and how they can make things difficult for opponents from a lot of different places.

It was a game for the guys who don’t get the ink. Boyd Gordon getting a shorthanded goal… Eric Fehr continuing his remarkable efficiency in goal scoring (keep in mind, among all NHL players with at least 50 games played, Fehr finished fourth in goals/60 minutes), Brooks Laich got off the schneid, Matt Bradley put the icing on the cake. Oh, and that Ovechkin guy. But Semyon Varlamov made Bruce Boudreau look like a genius, turning away 26 of 27 shots in a solid effort in a difficult building for opposing goaltenders. You could find faults in the Caps’ effort tonight, but you would have to look for them. But all that matters is the “W.”

-- If this wasn’t Boyd Gordon’s best game as a Cap, it was close. A shorthanded goal, 13-for-15 in the circle, five shots on goal (tied for the team lead with Alexander Semin), 2:02 of PK time (not on the ice for the Canadiens’ goal).

-- The cracks are showing in the Montreal façade. Scott Gomez and Tomas Plekanec getting misconducts, Maxim Lapierre getting stupid in the third with a silly roughing penalty. This is likely the aftershock of Game 2, when Montreal might have blown their chance to take a vise-grip on the series. It was the behavior of a team seeing a chance slipping away.

-- 14 players on the “plus” side of the ledger, four others at even. That’s balance. That’s getting everyone contributing.

-- Plekanec, Mike Cammalleri, and Andrei Kostitsyn, ten combined penalty minutes, all a minus-4. That’s getting torched. That’s coming up small (despite Plekanec’ goal).

-- OK, Mike Knuble takes two penalties in the third period that could have given the Canadiens a chance to get back in it. On the other hand, he is trying to make plays in both instances.

-- Gordon’s shorthanded goal… the importance of getting a shot on net. It created just that moment of chaos in Halak’s crease that allowed Gordon to wait for the puck to settle to put the second chance in the net. Oh, and there was Knuble taking up space on the doorstep again. That presence wasn’t there last year.

-- Mike Green and Jeff Schultz had a much better game than their respective efforts in Game 2. They played simply and effectively, keeping the puck moving and away from Montreal sticks in scoring areas.

-- We’ll say this right now… Alexander Semin will get a pair of goals in Game 4. He was oh-so-close to getting that many tonight.

-- Eric Fehr… a goal, an assist, two shots… in nine minutes of ice time. One wonders what he can do in 15 minutes a night. It likely won’t happen this spring, but one might get a peek next year.

-- Shaone Morrison did not skate in the third period. Injured?

-- John Carlson picked up some of those minutes… more than 20 in all, including nine minutes in the third period… plus-2, a shot on goal, a hit, a blocked shot. OK, he was on the ice for the Plekanec goal, but it was still another solid effort.

-- Jason Chimera… three shots, two hits. That’s his game – get pucks to the net, create havoc. He ought to get a hard hat of his own for his work in this series.

-- When the other guys get a goal, the object is not to let them feel good about themselves and get any momentum on the next shift. After the Plekanec goal, the Canadiens did not record another shot on goal for the next 3:38 and had only one shot on goal in the six minutes following the goal.

-- Yes, Montreal had five power plays, a little north of the number of opportunities you would like to see. But the Canadiens had only five shots on goal in 6:33 of power play time, too. Only a rebound put-back solved Varlamov and the PK. We’ll say it again. If Montreal doesn’t get multiple power-play goal games, they don’t win.

-- What might be a subtle key going forward… Alex Ovechkin, Nicklas Backstrom skated less than 20 minutes; Mike Knuble skated less than 15. These guys should be fresh for Game 4… not a good omen for Montreal.

-- It would be nice if as a product of being fresh they would get the Caps’ power play going… 0-for-14 in the series (0-for-7 tonight). That makes 0-for-21 in their last five games, their longest drought of the season.

In the end, order was restored. The Caps remembered who they were, and they reminded the Canadiens of who they were… a team that just isn’t that good at five on five. And if the Canadiens are going to trade goals on their own power play, they are not going to win many games. Clearly, the Caps have the momentum and can deliver a lethal blow on Wednesday. But nothing is assured in the playoffs. Still, the Caps have now outscored the Canadiens, 10-2, over the last 82 minutes of hockey in this series.