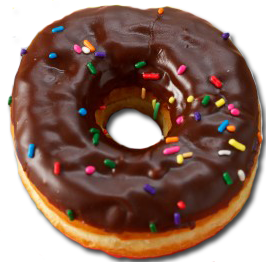 That is what the Washington Capitals had, and that is what the Washington Capitals got as they lost to the New York Islanders last night, 1-0.  The Caps wasted a fine 27-save performance by goalie Michal Neuvirth, who allowed only a screened slap shot by Andrew MacDonald two minutes into the third period and denied Michael Grabner on a penalty shot later in the third period.

At the other end, the Caps did not exactly make goalie Evgeni Nabokov work too hard for his shutout.  The 22 shots by the Caps was the lowest total allowed by the Islanders this season.  The Caps could have climbed to fifth in the Metropolitan Division and a point out of third place with a win.  As it is, they are still stuck in seventh place, just seven points ahead of the Islanders.

-- The Caps had only 15 even strength shots on goal, almost half of those (seven) in the first period.

-- And it could have been worse.  Only a three-save sequence by Neuvirth in the third period saved the Caps from allowing a shorthanded goal.  First there was the breakaway on the Caps power play on which Michael Grabner skated in on goal with John Carlson hooking him.  That got the referee to raise his hand to signal a penalty.  But play was not yet whistled dead, for the puck was still lying free.  Casey Cizikas took a whack at it, and Nuevirth made that save, too.  With play finally blown dead, Grabner was awarded a penalty shot.  Neuvirth kicked that aside with his right pad, and the Caps dodged a howitzer shell.

-- Going 6-for-6 on the penalty kill was the most opportunities faced by the Islanders this season in which they were 100 percent.

-- The Caps could not generate anything from the point.  The defense had only five shots on goal, three of them by John Carlson.  Of the 17 shots for the forwards, more than a third came from Alex Ovechkin (three) and Nicklas Backstrom (three).  Eleven shots from ten other forwards.  Light night for secondary scoring.  Primary, too.

-- Cal Clutterbuck was the personification of a lot of noise signifying…well, not quite nothing, but close.  Ten shot attempts, seven hits.  No points.

-- Marcus Johansson took a penalty.  That’s news, because it is only the second time this season he was sent off for violating the rules.  He also had a shot on goal.  That makes two shots in two games.  Progress.

There was just not a lot of there, there.  The game consumed the required 60 minutes, but it seemed as if it was a rehearsal for something than a real live game.  That suited the Islanders just fine.  The Caps?  Well, there were two points they had no excuse leaving on the table.  Missing Mike Green and Mikhail Grabovski makes a difference when facing, say, the Bruins or the Penguins.  The Islanders?  Don’t try spinning this one away by playing the injury card.  The Isles just are not that good.

Better than the Caps last night, though.  And that should cause folks to be very concerned, if they were not already.

We will be away for the next few days.  Maybe it will be a good luck charm for the boys.  If it is, Cheerless is not going to be happy if he has to read about how we should stop these scribbles.