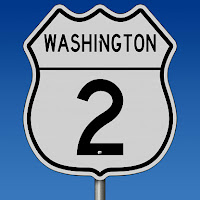 The Washington Capitals and the New York Islanders wrapped up their three-game series on Tuesday night and brought to an end their eight-game regular season schedule against one another at Capital One Arena.  The Caps won the first two games of this three-game set on Long Island but still found themselves looking up at the Pittsburgh Penguins in the East Division standings as play began.  The Islanders were trying to avoid sinking closer to fourth place in the standings, three points ahead of the Boston Bruins at puck drop.  The Caps scored early and made it stand up, shutting out the Islanders for the second time in the three-game set, again by a 1-0 score.

Daniel Sprong got the Caps off and running at the 1:29 mark with the game’s first shot on goal when he picked up a loose puck that Dmitry Orlov kept alive, skated out from the corner between Mathew Barzal and Ryan Polock, and snapped a shot far side over the glove of goalie Ilya Sorokin to give the Caps a 1-0 lead.

The teams went back and forth with the Caps frustrating the Islanders exits and entries after the Sprong tally, but the Caps got a 5-on-3 power play late in the period when Ryan Pulock took a tripping call for the Isles at 17:50 of the period, and Braydon Coburn went off at 18:34 for a tripping call of his own.  The Caps did not convert on the 5-on-3 portion of the power play, but 34 seconds of 5-on-4 time would carry over to the second period.

-- Fourteen of 18 skaters had shot attempts for the Caps in the first period, T.J. Oshie leading the team with three.

Washington was not able to convert the carry over power play time, and the teams played on with the Caps clinging to that 1-0 lead.

In the fifth minute, Michael Raffl was boarded by Matt Martin, and Zdeno Chara came to Raffl’s aid, dropping the gloves with Martin.  It was not much of a contest, Chara getting all the punches in, but both went off for fighting at 4:20 of the period.

The Islanders got their first power play of the game when Daniel Sprong was sent to the box on a hooking call at the 18:36 mark. New York failed to convert before the clock ran out on the period, but they would have 36 seconds of carryover time into the third period.

-- The Caps dominated the shots on goal, outshooting the Isles, 13-5, in the period.  Washington out-attempted New York, 31-14, in the second period.

-- Nic Dowd led the Caps with four shots on goal and seven shot attempts through 40 minutes.

-- Zdeno Chara and Brenden Dillon were the only Caps without a shot on goal through two periods.  Dillon also led the team in credited hits with four.

Washington killed off the remainder of the Islander power play that carried over from the second period, and the teams continued on with the Caps holding that 1-0 lead.

New York was awarded another power play when Evgeny Kuznetsov skated off on a slashing call at the 10:50 mark.  The Caps killed off the penalty with no damage done.

Tom Wilson for the Caps and Jean-Gabriel Pageau went off on matching roughing minors at the 13:35 mark.  Anthony Mantha then went off for a hooking call at 14:22 to put the Islanders on a 4-on-3 power play.  Washington killed off the shorthanded situation to hang on to their 1-0 lead.

The Isles pulled Sorokin from the net late, but to no avail.  The Caps skated off with the 1-0 shutout.

-- With the win, the Caps won the season series, 6-2-0.  The Caps allowed the Islanders only four goals in their last four meetings, shutting out the Islanders twice.

-- Washington reclaimed first place in the East Division, jumping over the Pittsburgh Penguins, who lost to the Boston Bruins, 3-1.  The Caps hold a game in hand on the Penguins.

-- Zdeno Chara was the only Capital without a shot on goal for the evening.

-- Nic Dowd led the Caps with four shots on goal and seven shot attempts for the game.

-- Brenden Dillon was credited with eight hits to lead both teams.

-- In the Caps’ last 22 games, they have four shutouts and held opponents to one goal six times.

-- With the shutout, Vitek Vanecek held an opponent to one or fewer goals for the fourth time in his last seven appearances.  He is 4-3-0, 2.28, .923 with one shutout over that stretch.

Fans in the stands, even with limited attendance, might have made a difference for the Caps, who seemed to treat this like a playoff game.  For the Islanders, it was perhaps their last gasp as a contender for the top spot in the East, and they now find themselves just one point ahead of Boston for fourth place in the division with the Bruins holding a game in hand.  For the Caps, attention now turns to their closest pursuers, the Penguins, who visit for a pair of games later this week.  It looks like playoffs are starting early in the tight East Division.