The Peerless Prognosticator is ON THE AIR!!! -- Caps vs. Ducks, January 27th

It’s another of those infernal back-to-backs that play havoc on our prognosticating, although it is a labor of love when the Caps come into the back half of this BtoB with a win under their belts, last night’s at the expense of the New York Islanders by a 7-2 score. Tonight it’s the Anaheim Ducks who visit Verizon Center, and the Ducks…

“I can help U with that if UR short on time.”

I beg your pardon?

And you would be… 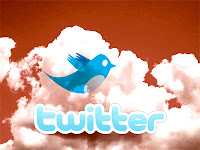 Of course you are…

“2nite the #AnaheimDucks visit the Caps.”

OK, I get that part.

“Dman #ScottNiedermayer is -16; worst of career.”

8.3 percent isn’t going to cut it against the Caps.

Not great…if it’s a special teams game, the Ducks could get roasted.

“very funny; have to put that under ‘#duckjokes’”

“None of top6 D for #AnaheimDucks in scoring drafted by club”

“#JonasHiller has 1 appearance vs #Caps in career”

But he played last night. What about J-S Giguere?

“Keep up the PP production”

The Caps are 15-for-41 in January (36.6 percent), but they’re only averaging 3.4 opportunities per game for the month. More would be better.

Someday, the streak is going to end, but “someday” doesn’t have to be today. The Caps have defeated contenders (Detroit, Pittsburgh), pretenders (Montreal, Ottawa, Philadelphia), and bottom enders (Toronto, the Islanders). No reason why they can’t keep this going…