It's a Long, Long Summer

A few days ago, we took a look at the Washington Capitals’ free agent signings over the years since the lockout. In it, we found that in the “playoff” portion of the post-lockout period (2008 to present) the Capitals have been rather inactive after mid-July following the opening of the free agent signing period. But those are not the only transactions that make up a summer. We were asked to take a look at other types of transactions – signings of the Caps’ own free agents and trades. What we are left with when looking at those transactions is this… 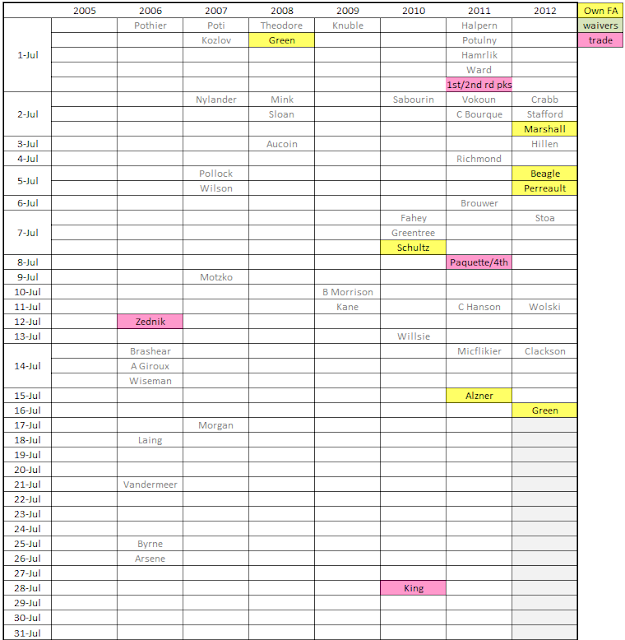 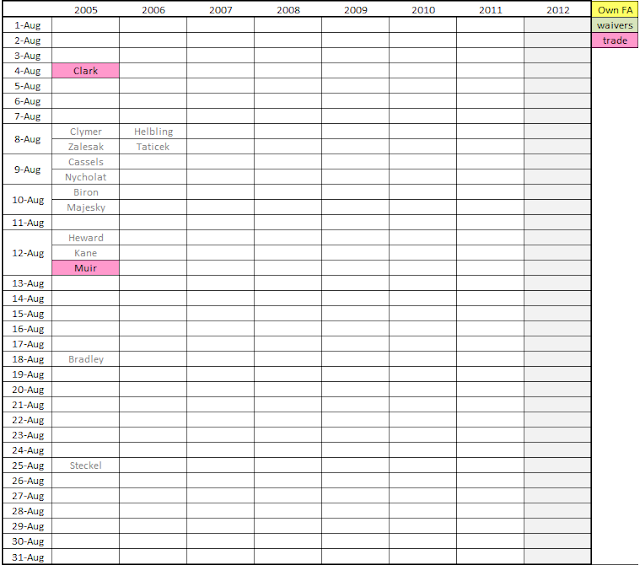 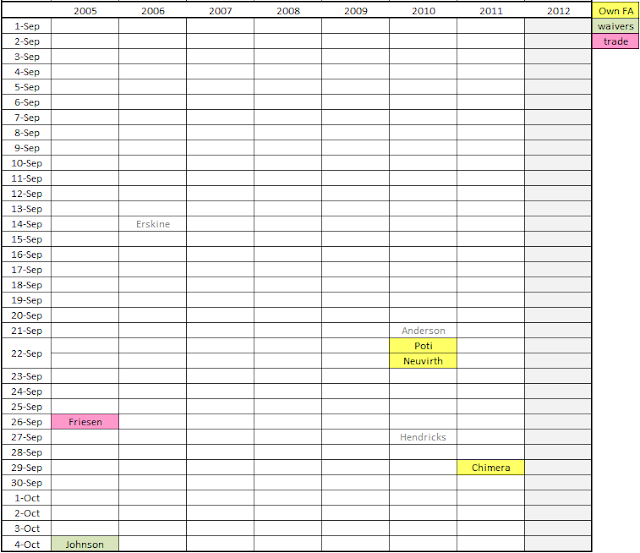 This being a look at the summertime activity, you might notice that the “own-free agent” signings do not include the following:
That is not to say there is no action in the summer months, but having signed Mike Green and (hopefully) John Carlson in the next few days, that would still suggest that things are winding up, personnel-wise, until we get closer to opening night.

It really is a long summer.
Posted by The Peerless at 7:40 PM 1 comment: