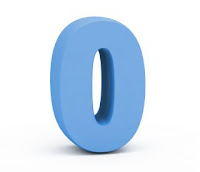 The Washington Capitals hosted the Colorado Avalanche in a late afternoon Columbus Day matchup at Capital One Arena.  The Caps were looking to earn their first home win of the season against a team taking the road for the first time this season.  Colorado got out to a quick lead and held off a late Washington push to skate off with a 6-3 win.

Colorado opened the scoring less than four minutes into the game when Erik Johnson let fly with a low shot from the left point that snuck under the pads of Braden Holtby.  Former Capital Andre Burakovsky was credited with the secondary assist on the goal.

The Avs doubled their lead barely two minutes later, Nikita Zadovov taking a feed from Mikko Rantanen in the middle of the ice, pulled the puck to his forehand as he was turning, and wired a shot past Holtby’s glove at the 6:00 mark.

Colorado scored their third goal on their third shot less than two minutes later, Nazem Kadri sending a last past Holtby’s glove at the 7:54 mark.  That would end Holtby’s night in favor of Ilya Samsonov.

The change in goal did not have the intended effect, the Avs adding their lead with a power play goal before the 10-minute mark, Rantanen beating Samsonov on (yes…) the glove side from the right wing circle at the 9:25 mark.

-- Alex Ovechkin (2), Lars Eller, and Radko Gudas had the only shots on goal for the Caps.

-- The Caps had 11 skaters without a shot attempt

The period started in sloppy fashion with both teams taking a pair of penalties by the time the period was barely five minutes old.  The second for each team was part of a coincidental set of penalties that put the teams 4-on-4.  On the 4-on-4, Alex Ovechkin forced a turnover, and Lars Eller picked up the loose puck.  Skating down the middle, he flashed as if he would cut across the slot and then lifted a forehand over goalie Philipp Grubauer’s blocker to make it 4-1, 6:56 into the period.

The Caps started throwing their size around, and late in the period they took another bite out of the Colorado lead.  From the right wing wall, Evgeny Kuznetsov slid the puck to Dmitry Orlov above the circles.  Orlov moved the puck low to T.J. Oshie between the hash marks.  Oshie skated across the slot and slid a backhand under the right pad of Grubauer to make it 4-2 at the 15:28 mark.

The momentum the Caps built over the second period was washed away in the fifth minute when Ilya Samsonov mishandled the puck behind his own net, Matt Nieto taking advantage of the error to swat the puck past a lunging Samsonov 4:24 into the period to make it 5-2.

The Caps found it difficult to restore the momentum, but they made things interesting late.  Alex Ovechkin fired a one timer from the top of the zone that struck a Colorado defender’s stick and bounced through the pads of Grubauer at the 17:39 mark.  Just 15 seconds later, John Carlson got the Caps within one when he snapped the puck from a difficult angle to Grubauer’s right over his left shoulder and under the crossbar to make it a one-goal game.

But wait!  Colorado challenged the goal for the play being offside, and the replay clearly showed that an attempted dump-in that was blocked by an Avalanche defender did not cross the blue line before T.J. Oshie circled into the offensive zone.  The goal was taken off the board, and the score remained 5-3.

Nathan MacKinnon added an empty net goal with 39.2 seconds left, and the Caps dropped their third straight game on home ice to open the season, 6-3.

-- Evgeny Kuznetsov’s assist on the T.J. Oshie goal in the second period gave him points in each of the four games in which he appeared so far this season.

-- Defenseman Tyler Lewington skated only one shift in the second period.

-- The Caps saw a five-game winning streak against the Avalanche in Washington come to an end.

-- Alex Ovechkin’ goal made it three straight games with at least one, four in all.

-- With a goal and an assist, Ovechkin extended his own team record for multi-point games to 345 in his career.

-- Tyler Lewington had a rough night.  Twelve shifts, 8:39 in ice time, 17 penalty minutes, no shot attempts (the only Capital not to have one), and minus-2.

-- Ditto for Richard Panik, who skated only 7:28 (team low) and had only two shifts in the third period, none in the last 13 minutes.

-- As a result of the quirky scoring manner of the NHL, the loss for this game goes to Ilya Samsonov, who allowed the fourth goal to the Avs, despite Braden Holtby allowing three goals on three shots in 7:54 of ice time.

The Caps let the Avalanche dictate pace early, and the Avs put the Caps back on their heels as a result.  By the time that Washington figured out they could throw their weight around, the hole was far too deep from which to dig.  And with the loss, the Caps lost their third straight game on home ice to open the season.  It is the first time that the Caps have been winless in three games to open the home portion of their schedule since 1983-1984, when the Caps lost to the New York Islanders, Pittsburgh Penguins, and the Quebec Nordiques to open the home ice schedule.  The Nordiques, you might recall, moved to Colorado in 1994-1995 and became the Colorado Avalanche.

Posted by The Peerless at 8:06 PM No comments:

The Peerless Prognosticator is ON THE AIR!!! -- Game 7: Avalanche at Capitals, October 14th

We have an abbreviated holiday version of the prognosto as the Washington Capitals return home on Monday for a 5:00 Columbus Day faceoff against the Colorado Avalanche at Capital One Arena.Here are some morsels to impress your friends and confound your adversaries:

1.  The Caps have a 44-31-1 record (with nine ties) in 85 games played against the Quebec Nordiques/Colorado Avalanche all-time.

2.  The only overtime loss that the Caps suffered in this series came on October 17, 2000, when Peter Forsberg scored 2:37 into the extra session in Washington for a 4-3 Avs win.

3.  Since the Nordiques moved from Quebec to Colorado and became the Avalanche for the 1994-1995 season, Peter Bondra is the all-time leader in goals scored against Colorado (10).  If Alex Ovechkin gets a hat trick, he will tie Bondra for the top spot.

4.  Bondra, Ovechkin, and Evgeny Kuznetsov are the all-time points leaders against the Colorado incarnation of the franchise with 14 points apiece.

5.  Tom Wilson does not play well with others wearing a big swirly “A” on their jersey.  He is the all-time leader in penalty minutes against Colorado with 38 penalty minutes in just 12 games played.

6.  Olaf Kolzig and Braden Holtby are tied for the all-time lead in wins against Colorado with five apiece. Kolzig lost to the Avs six times in regulation and once in extra time (all this despite a career .932 save percentage against the Avalanche).  Holtby has only one career loss in regulation to Colorado.

10.  The Caps take a five-game winning streak on home ice against Colorado into this game.

Now in his sixth NHL season, Andre Burakovsky is in his first year as a member of the Colorado Avalanche after five seasons skating for the Caps.  With a 2-2-4 scoring line through four games he has more goals and points at this point than any season since his rookie season in 2014-2015, when he was 2-3-5 through his first four games.  The two goals he has in four games is an improvement over the past two seasons in which he failed to record a single goal in his first four games.  He has points in three of four games and is coming off a goal/assist game for his first multi-point game since February 9th, when he has a pair of assists in a 5-4 overtime loss to the Florida Panthers while with the Caps.  His goal against Arizona in the 3-2 win was the overtime game-winner.  Both of his goals to date have been game-winners.  This will be Burakovsky’s first game against his former team.

It has not been an easy introduction to the Caps for winger Richard Panik.  Signed in the off-season to a four-year/$11 million contract, Panik is looking for his first point as a Capital.  He is not a big scorer, but he is averaging 14.8 goals per 82 games over his career.  To date, he has only four shots on goal in six games, and in no game yet has he recorded more than one.  He started the season with a healthy dose of ice time, getting more than 14 minutes in each of his first three games.  That has been pared back, though, getting less than 13 minutes in each of his last three contests and averaging 12:00 per game.  He looked to be coming out of his slump against Dallas on Saturday but seemed to be suffering more from bad luck than lackluster effort.  In 13 career games against Colorado, Panik is 5-3-8, plus-6.

This game begins a stretch for the Caps that poses different challenges from those they faced to open the season.  St. Louis, Dallas, Nashville, all of them very structured, very accomplished defensive teams (at least in last year’s scoring defense rankings).  Colorado today and Toronto on Wednesday are more up-tempo clubs that apply maximum pressure in the offensive zone, using speed and depth of skill to overwhelm opponents when things are going right.  The Caps played a fine all-around game against Dallas on Saturday after a disappointing effort against Nashville preceding it.  Washington will need to be even better, especially in the defensive end, to overcome the frisky Avalanche.

Posted by The Peerless at 8:14 AM No comments: