The Long and Winding Road of Jaromir Jagr

Oh, what miles he has traveled.  Even William Shatner is going, "whoa..."  Jaromir Jagr has been there, done that, over and over in the NHL wearing the jersey of seven different teams in his 24 year professional hockey career, with a detour to Russia along the way.  Now he will head to his eighth NHL team, the Florida Panthers, after the New Jersey Devils traded him for a pair of draft picks yesterday.

It is hard to believe that it was almost 14 years ago that Jagr dropped in on Washington for almost three of those 24 seasons (between Pittsburgh and New York, in case you have forgotten).

And who knows, with Jagr set to become an unrestricted free agent at the end of this season and showing no signs of hanging up his skates, perhaps there is a new city to add to his impressive resume.  There are, after all, 22 franchises for which he has yet to play in the NHL (some, mostly Caps fans, would argue that there are 23 on that list, that he did not really play for Washington, at least not seriously).  He might even become the captain, one day, of an expansion franchise in Las Vegas, which would be an interesting capstone to his career.

Until that day, however, if and when he moves on once more, we must be content to ponder with awe and humility the map he has traveled in his legendary career.

Safe travels and fair winds, Jaromir.  Long may your baggage arrive safely at your destination. 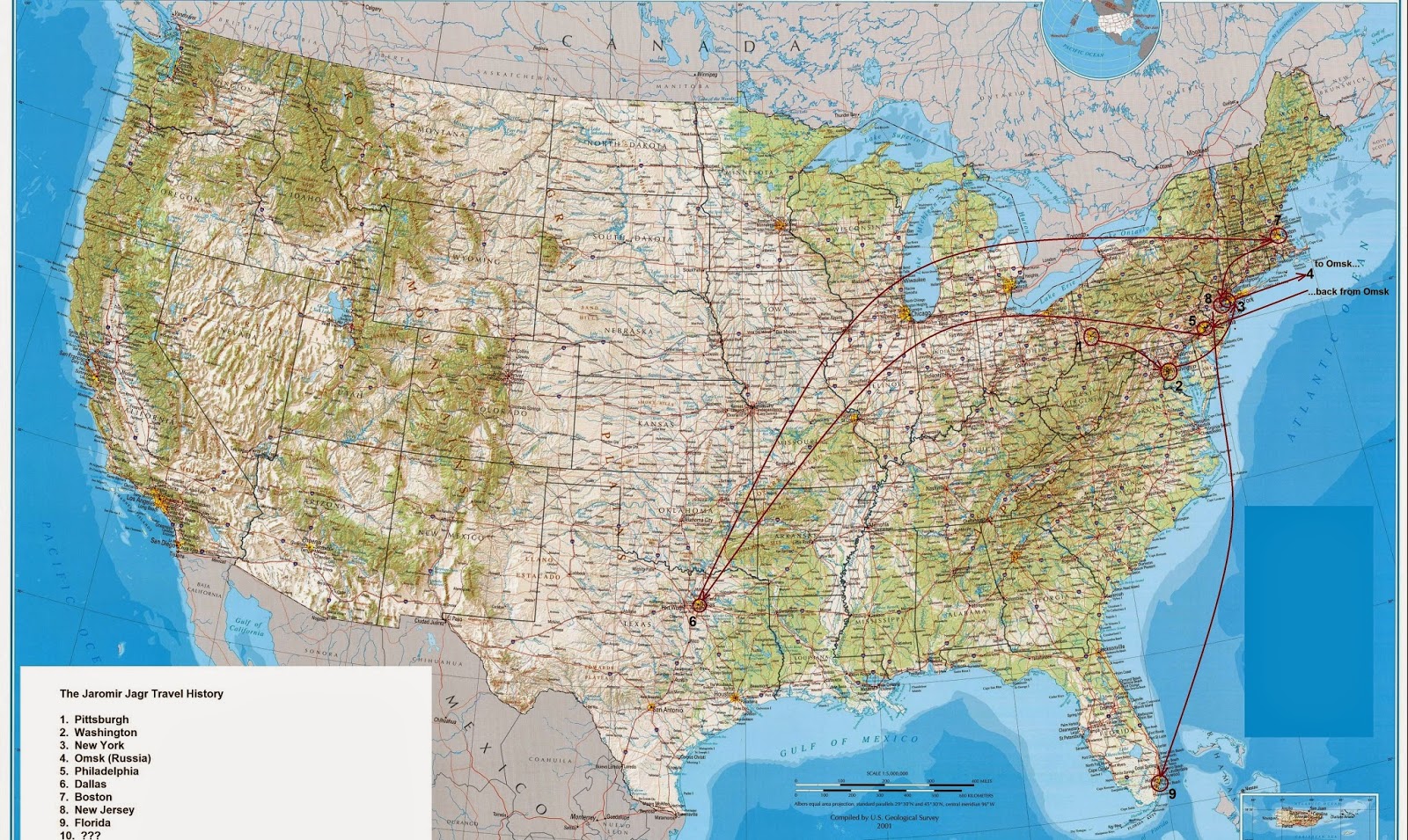 (click on picture for larger image)
Posted by The Peerless at 9:24 AM No comments: