Will Rain in Pittsburgh Rain on DC's Classic?

The weather forecast for January 1st in Pittsburgh is hardly the stuff of a winter postcard, nor does it harken back to frosty mornings on icy ponds.  It calls for a good chance of rain showers (in fact, a 20 percent chance of thundershowers according to accuweather.com) and unseasonably warm temperatures for the 2011 Bridgestone NHL Winter Classic.  The forecast doesn't look a whole lot better for the fallback date of January 2nd, which calls for temperatures somewhat cooler but rain still in the forecast.

And this is Pittsburgh, generally considered a "cold weather" city for meteorological purposes.

If this year's Winter Classic succumbs to the elements, would it have an effect on any decision to hold the event in Washington in the future?  Well, DC does have a history of some warm New Year's Days... 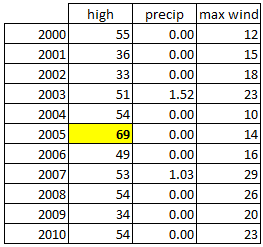 The average high for the date since 2000 has been 49 degrees, including a record for the date set in 2005 (according to Weather Underground).  Precipitation has not been common, but when it arrives, it does so with authority.  Max wind speeds (as opposed to gusts) have also been a bit of a problem on the date.

Would this kind of history, coupled with a canceled Winter Classic in Pittsburgh this season (should it come to pass) put a Winter Classic in Washington in jeopardy?  We, of course, are in no position to say, but it would hardly seem to be the slam dunk it might have been before these January 1, 2011 weather forecasts came out.
Posted by The Peerless at 8:18 AM No comments: 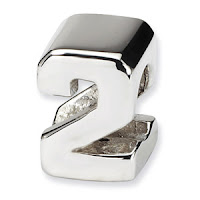 Slow and sure wins the race.

The Caps haven’t done “flashy” in some time, but they are finding ways to scratch out wins and points, tonight defeating the Carolina Hurricanes, 3-2, to make it 3-1-2 in their last six games and – temporarily, at least – retake the Southeast Division lead.

And if there was a symbol for how the Caps have been getting it done lately, it was Mathieu Perreault. The young Capitals forward skated five shifts in this game. The first ended on a penalty drawn by Brooks Laich on Eric Staal. On his fourth shift he had a takeaway that 14 seconds later he converted into his own goal.  That happened when he headed for the net while the puck was collected in the corner by Alexander Semin. Perreault beat a slow-reacting Eric Staal to the front of the net and swept the feed from Semin past goalie Cam Ward for the game’s first goal. On his next shift Perreault chased down the puck along the right wing boards in the Carolina zone, and as he turned to move the puck deep was plastered by defenseman Tim Gleason, his stick broken in half and his nose broken. Perreault went face down to the ice, his night ended. John Carlson captured the damage. The first thing that might come to mind is… “hope HBO got that.” 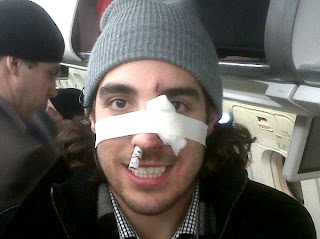 After Jussi Jokinen tied the game for the home team, David Steckel put the Caps ahead to stay on a play he started, being a nuisance to Joni Pitkanen as the latter was trying to pick up the puck at the Carolina blue line. Alex Ovechkin picked up what Jokinen left behind and skated in on Cam Ward. As Ovechkin tried to work his way around defenseman Jamie McBain the puck came free, but Steckel pounced on it and wristed in past Ward on the long side.

Ovechkin closed out the DC scoring, breaking his own eight-game streak without a goal by batting in a rebound of a Mike Green shot from low in the left wing faceoff circle. The look of relief on Ovechkin after the goal might be a signal that he can stop choking the life out of his stick and go on a run – just in time for a New Year’s Day game later this week.

-- Ovechkin is 1-4-5, plus-3 in his last five games now. While he is not quite on fire, he seems to be emerging from his December doze in which he was 2-3-5, minus-1 in his first eight games of the month.

-- And the Caps did it tonight with Jeff Schultz and Tom Poti on the bench, Schultz missing his eighth straight game tonight, Poti missing the game with what was listed as a “head” injury.

-- The Caps missing two blueliners meant that Mike Green had to skate almost 30 minutes (29:43), the 12th straight game in which he has topped 25 minutes of ice time. It was a productive night for Green, recording an assist on the game-winning goal, two shots on goal (on six attempts), two takeaways, and four blocked shots.

-- Now that Ovechkin is starting to reawaken, Nicklas Backstrom might be next. Nine shot attempts (two on goal) and a couple of pretty good looks that in better times he might have buried. But it seems he is making progress in getting his offensive game back on track.

-- There is a saying that it’s not the years, it’s the mileage. Well, it might not be the number of power plays, but the shots on goal. Carolina had four power plays tonight, but the Hurricanes could manage only two shots on goal in the eight minutes of man-advantage time. If the Caps can keep that up, their penalty killing numbers should be just fine.  They have killed 18 of 20 penalties since the 7-0 loss to the Rangers.

-- The penalty killing might be fine lately because the Caps are getting good goaltending from each of their kid netminders. Semyon Varlamov got the call tonight when Michal Neuvirth came up injured before the contest. Varlamov turned away 33 of 25 shots, making it 55 saves on 59 shots in his last two games (.932) since allowing seven goals on 20 shots to the Rangers.

-- The Caps had only seven faceoffs in the Carolina end all night (18 in their own end). But they won six of them.

-- Karl Alzner and John Carlson – four hits (Alzner), four blocked shots (Carlson). Neither was on ice for a goal against. They just get better together, it seems, with each game.

-- Give Cam Ward credit for keeping the ‘Canes in it. He faced – and turned away – nine shots in five minutes of Capitals power play time. He had little chance on either the Ovechkin or the Perreault goals.

-- Carolina was charged with 13 giveaways, the Caps with two, none in the last 45 minutes of the game.

-- Caps fans might not like reading this, but if Mathieu Perreault was four inches taller, that hit is probably just a shoulder to the chest that knocks him down. It was an unfortunate circumstance, but it wasn’t an especially dirty play by Tim Gleason. No more so than, say, a certain hit by one Russian forward on another Russian forward in a certain game played right before the break.

-- Something to think about as the Caps finish the night still second in the Southeast… Tampa Bay has played only 14 of its 36 games to date on home ice (the Caps have played 21 of 38 games on home ice). The Caps will have their work cut out for them in keeping their hold on the Southeast Division banner.

In the end, it was a good road game. It wasn’t flashy, just a meat and potatoes, take care of business sort of game in which the Caps took advantage of opportunities and clamped down on defense when they had to. Even when they had that hiccup in the third period – a goal in the first 30 seconds followed by two penalties in the first five minutes – the Caps took care of business. The Hurricanes had one shot on goal in the four minutes of power play time on those penalties, and that shot came with three seconds left on the second infraction. It was the sort of game of which you could say, “it’s not ‘how,’ it’s ‘how many.”