The little girl with the curl...

There is a nursery rhyme that goes...

There was a little girl,
Who had a little curl,
Right in the middle of her forehead.
When she was good,
She was very, very good,
But when she was bad, she was horrid.
Well, much as we're loathe to compare hockey players to little girls, the rhyme -- at least the "very, very good" part -- seems to fit the Phoenix Coyotes in the early going. Yes, they are 3-2-0, and while that is better than a lot of folks might have expected, it isn't earth-shattering.

But consider Ilya Bryzgalov. He's been in four of those games, and after having allowed three goals in his season debut, has allowed only one in his last three, including shutouts against -- we are not kidding -- Pittsburgh and San Jose, your defending Stanley Cup and President's Cup winners, respectively. He has stopped 73 of the last 74 shots he has faced. 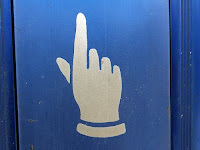 Humor us for a moment. If you didn’t know the results of the last three games for the Capitals, and you were in attendance at tonight’s game against the New Jersey Devils, would you fault the Caps for their effort? Would you think they didn’t show up for this one, a 3-2 Gimmick loss to the Devils?

Of course, Caps fans know the results of the three games preceding tonight’s, and heaven knows they remember every discrete detail of every loss, finding fault with everything from defensive coverages to the way players lace their skates.

But we’re not going to find much fault in the Caps’ effort tonight. Last time we looked, New Jersey was a pretty good team. And they have a hall-of-fame-in-waiting goaltender. Unfortunately for the Caps, they could manage to get out to the most dangerous lead in hockey – a 2-0 advantage – but couldn’t find their way to sending the puck past Martin Brodeur one more time to drive a stake into the Devils.

And if you’re going to put a game in the hands of the goaltenders, well… New Jersey still wins more than they lose in those battles. And such was the case tonight. Mike Green celebrated his 24th birthday by scoring his first goal of the season (did you spit on the sticks, Mike?), and Mike Knuble took a cross-ice feed from Alex Ovechkin on the fly and rammed it through Brodeur for a 2-0 lead.

And that was it.

After scoring on their second and fifth shots against Brodeur, the Devils’ netminder stopped the last 28 shots in regulation and overtime, many of those saves of the nine, if not ten-bell variety.

The story for the Caps was the power play. They had five chances, including a 53-second five-on-three advantage; they had 15 power play shots on goal – fifteen! – from seven different players. And none got through.

It was really too much Brodeur. And this isn’t the usual “The Caps make every goalie they play look like Georges Vezina” sort of thing, either. Brodeur has made a good part of his living winning games against the Caps (this makes 34 of his 561 career wins). When the game was put in his hands – keeping the Caps from doing any more damage on the scoreboard until the Devils could chip away – it became the Devils’ sort of game.

And the game really turned on two sequences, one a recurring theme, the other a matter of will. The first – part of recurring theme – occurred midway through the second period. Mike Green sent the puck ahead to Brendan Morrison, and with three Devils collapsing on Morrison, the Caps’ center sent the puck to Brooks Laich who fired at Brodeur. Colin White managed to get over to block the shot, but the momentum of both Morrison and Laich took them behind the Devils’ cage. The Devils quickly exited the zone, and with Morrisonn and Laich well behind the play, the Devils had a 3-on-2 entering the Caps’ zone. Rob Niedermayer carried the puck down the left side and sent it across to Brian Rolston, who snapped it into the back of the net to halve the deficit.

The second occurred well into the third period when the Caps were unable to clear the puck from their zone against the checking line of Niklas Bergfors, David Clarkson, and Dainius Zubrus. The Devils managed to hold the puck in the Caps’ zone for more than a minute, finally scoring when Bergfors slid a pass to Clarkson in front of the net, where he had snuck between Brian Pothier and Shaone Morrison. Neither Caps defenseman could get stick or body on Clarkson in time before Clarkson netted the tying goal.

The rest is details. The Caps took a penalty in overtime, which negated any advantage they might have enjoyed with the teams 4-on-4 and more open ice. When it got to the shootout, well… Brodeur came into the Gimmick with a career record of 13-6. Jose Theodore came into the game with a 4-4 career Gimmick record and had not won any of his three decisions as a Capital. Who would you have put your money on?

- OK, Brodeur was 13-6 in Gimmicks, but why did Alexander Semin make it easier on Brodeur by launching a slap shot, of all things? Semin has a deadly wrist shot, and he is an adept stickhandler. The slap shot seems like the number-three option here.

- John Erskine took one shift after the first period; he was reported to be injured blocking a shot, although he was not credited with any blocked shots.

- Brodeur got a star, but he didn’t have a better sequence than the one Jose Theodore had in overtime during a Devils power play. In fact, give credit to the whole team. While skating three-on-four, Theodore turned away two shots, including a point-blank attempt by Zach Parise; the Caps blocked three shot attempts (Tom Poti, Quintin Laing, and Brooks Laich); and Parise missed the net twice in a space of 11 seconds.

- There was a caller in the post-game radio show who observed that Alex Ovechkin passed too much. Hmm… 12 shot attempts in 24 shifts (seven on goal, including four on the power play). You be the judge.

- Game six, and Matt Bradley is still the only forward not in the top six who has a goal.

- Hey, it could be worse, you could be Miikka Kiprusoff tonight.

- We made a point in the pregame about how smart the Devils defensemen play with the puck. As a group, they had a total of five giveaways on the evening, no defenseman having more than one. The Caps didn’t do badly in that regard – their defensemen had a total of eight.

- But the Devils’ defensemen had 13 blocked shots. Caps defensemen – four.

- Boyd Gordon tied for the team lead in hits (four). He also took a penalty in the last half of the third period for the third time this season.

- David Clarkson – 41 fights in two NHL seasons – dropped mitts with Chris Clark – 32 fights in ten NHL seasons. It was a draw. Good on the captain.

OK, the Caps are struggling. 2-2-2 is not how the script was supposed to play. But Boston is 2-3-0, as is Carolina. Ray Emery has allowed 12 goals in his last three games for the Flyers. Pittsburgh was shutout by Phoenix – at home. And if you think the Rangers are going to finish on top of the East (where they currently sit), or that Tampa Bay will finish with 98 points (their current pace), I’d like to meet your pharmacist.

When the bell tolls midnight on Thursday, the Caps will have played four of last year’s division winners in their first seven games. At the moment, they could end up 2-1-1 against that quartet. That would not be bad. 1-2-1 would not be a catastrophe. Although the Caps have stumbled out of the gate, and winning in October seems to be a prerequisite for playoff success in the spring, the schedule does lighten up a bit after Thursday.

One need not be happy with a 2-2-2 record, but one need not start a suicide watch, either.