Your Conference Semifinal Prognostos...Sharks vs. Stars 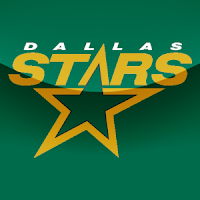 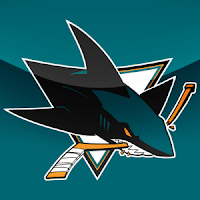 And last, but certainly not least, the second half of the Western semifinal…

Home ice meant little in this series. The road team picked up at least a point in seven of the eight games in this series (winning six of them). These teams do not have a lot of playoff history between them, having faced each other only twice – Dallas won both times, in 1998 and 2000. This third-time matchup is one pitting Team Disappointment I (the Sharks have averaged 46 wins in the last three seasons before this, while advancing only once to as far as the conference final) versus Team Disappointment II (Dallas has averaged 47.5 wins a year over the last four seasons before this, advancing only as far as the conference semi-finals once).

In this year’s eight-game series, here is how the second-seeded Sharks came out:

There are two big numbers here. First, San Jose enjoyed a whopping 45 power plays. Six times in eight games they had at least five chances. Given that Dallas was middle-of-the-pack in total times shorthanded this year (15th), this is an unusual result. Second, while San Jose enjoyed more man advantages, Dallas had the best of the even-strength play (almost a goal a game more than the Sharks). If Dallas can stay out of the penalty box, that could be an early indicator of their chances.

Looking at the Sharks’ top scorers in the season series:

Thornton had an odd reversal of production to end the season. Primarily a distributor with this club 67 of his 96 points this year were assists), he was 10-3-13 in his last 10 games of the year. We’re not sure what to make of that, but his continuing to put up points, whether through playmaking or goalscoring, is going to be a must in this series.

Campbell is the wild-card here. He played in only one game against Dallas (held scoreless) after coming over from Buffalo, but he was 3-16-19, +9 in 20 games with the Sharks to close the season. And, he average more than 25 minutes a night. A minutes-eating, scoring defenseman without a record against the opponent of the series is an interesting new variable here.

On the other end of the trading spectrum, Patrick Marleau – who might have been a candidate to be moved in late February – was apparently relieved upon staying. After the deadline, he was 9-10-19, +2 in 20 games after the deadline. Compare that to 10-19-29, -21 in 58 games before the deadline.

The one player not mentioned – yet (how could we not?) – is Jeremy Roenick. Roenick had 14 goals this year, ten of them game winners. He finished the season 4-6-10, +2, over the last ten games. He had two goals in the first-round series-clinching win against Calgary (his only two goals of the series). At this point in his career, he is not going to put up large numbers, but he does seem to have a knack for being there at crucial moments. He will bear watching.

In goal, there is Evgeni Nabokov and…some guy in a baseball cap. Nabokov was 4-3-0, 2.56, .890 in eight games against the Stars this year and appeared in 77 of 82 games. And therein lies a problem for the Sharks. That sub-.900 save percentage, couple with the fact that the Stars scored consistently from game to game in this series (never less than two, never more than four goals) suggests that Nabokov, while not a “weak link,” per se, might not be the rock in goal the Sharks will need to survive, either.

12 of the 24 goals the Stars have in this series come from the quartet of Ribiero, Morrow, Modano, and Hagman. Ribiero, Morrow, and Modano have eaten the Sharks’ lunch at even strength, based on their cumulative +17 figure. The questions are about Richards. He had five assists in his first game with the Stars on arriving from Tampa Bay, then went 2-4-6, -4 in the last 11 games of the regular season. He was 1-4-5, +2 in the six-game series win over Anaheim, and that is more the level of production the Stars are going to need.

If there is going to be a surprise here, it might come from Jere Lehtinen. Thought of more, perhaps, as a shut-down forward, he was 3-3-6, +1 in nine games to end the regular season, then 2-4-6, even in the six games against Anaheim in the first round. He was 2-2-4, +3 in four games against the Sharks this year.

Why San Jose will win…

They finished 18-2-2 over the last 22 games of the regular season, and they survived a scare against Calgary in a seven-game first round series. They have the best player in this series – Thornton – and the more dangerous lineup.

Why Dallas will win…

Dallas went 3-0-1 in the last four games of this series in the regular season, then polished off the defending Stanley Cup champions in round one. They are the better even-strength team, and their goalie is playing better, both respect to the series between the teams and his performance thus far in the playoffs.

San Jose is too good not to win a game or two, but we have a hard time seeing how they advance. Dallas is stronger where they have to be, principally in goal. This will not be a high-scoring series, but in the end, Dallas will find a way to beat Nabokov just often enough.

Dallas in six.
Posted by The Peerless at 2:03 PM No comments: