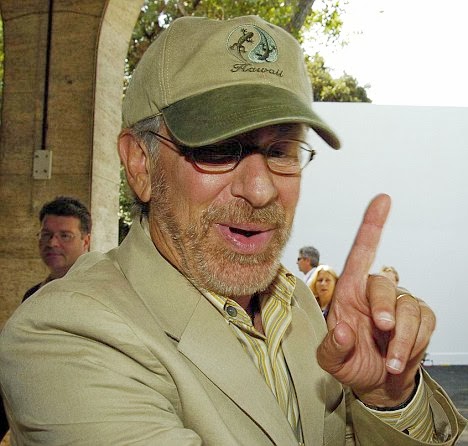 Well, they did get the point.

Standings point, that is.

The Washington Capitals scored late to force extra time but lost in the freestyle competition to the Detroit Red Wings at Joe Louis Arena last night, 4-3, in the front end of a home and home set with the Wings that wraps up on Sunday in Washington.

The Caps were down to their last seconds before what would have been their seventh regulation loss in nine games.  But in those last seconds the Caps won a battle for the puck behind the Red Wings net, Joel Ward getting the better of Danny DeKeyser to push the puck to Jason Chimera.  From below the goal line Chimera sent the puck around to John Carlson at the right wing wall.  Carlson continued moving the puck clockwise around the zone, finding Alex Ovechkin at the top of the offensive zone near the Detroit blue line.  Ovechkin one-timed the puck through a screen, Joel Ward having come from behind the net to set up in front of goalie Jimmy Howard.  It was enough of a distraction to allow the puck to sail past Howard to tie the game at 3-3 and clinch at least a s standings point for Washington.

The Caps were unable to manage the second point, however.  After failing to settle things in the five-minute overtime, the Caps fell in the trick shot phase when Patrick Eaves solved goalie Michal Neuvirth in the seventh round of the shootout, and Jay Beagle missed the net on his attempt in the bottom half of the round.

-- It was not in less than two minutes, but it was close.  The Caps almost allowed their 24th goal this season within two minutes of scoring one themselves.  As it was, they scored at 8:09 of the second period when Casey Wellman tied the game, 2-2, by following up his own rebound.  Just 2:16 later, though, the Red Wings regained the lead when Gustav Nyquist curled behind Justin Abdelkader on a 2-on-2 rush and wristed the puck through Abdelkader’s legs and under goalie Michal Neuvirth’s left arm.

-- The Nyquist goal was typical of the sort of thing that has happened to the Caps in this six-week slide.  The play started when Nicklas Backstrom spun away from an attempted hit by Abdelkader at the right wing wall.  Backstrom sent the puck across to John Erskine at the left point, but the pass was in Erskine’s skates, and the defenseman could not kick it cleanly to his stick.  All he managed to do was leave the puck lying still for Nyquist to steal it and head the other way.  Backstrom got back with defenseman Connor Carrick, but Abdelkader’s charge down the middle to the net occupied both defenders, giving Nyquist the space to curl behind and shoot.

-- Backstrom had a much prettier pass in the first period.  On a power play late in the period he held the puck on the right-wing half wall looking over his options.  Backstrom looked across at Ovechkin in the left wing circle, but Luke Glendenning was cheating toward Ovechkin, keeping within a stick-length of him to defend a cross-ice pass.  That left open ice below Glendenning that Jason Chimera took advantage of by circling from behind the net to the far side of Howard.  As Chimera was circling out, Backstrom found him with a pass right on his tape that Chimera only had to redirect into the net past Howard to give the Caps the game’s first goal.

-- No lead is safe for this team.  After that taking that first goal, 1-0 lead into the first intermission, the Caps allowed two goals to the Wings in the second, one scored barely two minutes in, the other scored with about two minutes left in the period.  It was the tenth time in 26 games that the Caps scored first and lost (16-8-2).  It was the sixth time in 14 games that the Caps led at the first intermission and lost (8-5-1).

-- Ovechkin finished the game with 15 of the Caps’ 54 shot attempts.  John Carlson was next with seven.  Carlson did not score, but he did have two assists.  It was Carlson’s first two-point game since November 22nd, in a 3-2 loss to Montreal.

-- Another game, another no-shot/no-attempts game for Marcus Johansson.  This makes four straight games in which Johansson has failed to record a shot on goal.

-- How thin is the Caps skill pool at the moment?  Jay Beagle got a turn in the Gimmick.  Yes, it was round 7, but still.  For Beagle it was his first NHL shootout attempt and his first since an unsuccessful attempt in a 5-4 Hershey Bears loss to the Lake Erie Monsters in the AHL on Valentine’s Day, 2008.  His only successful attempt (of three total) as a pro came in a 4-3 Bears loss to the Albany River Rats on December 9, 2007.  Give him credit, he was out there trying to pick a corner.

-- Ovechkin…goal.  Wellman…goal.  Chimera…goal.  OK, that’s three lines heard from (yes, Chimera’s was a power play goal).  About that second line.  It seemed like scrambled eggs.  The third line started the game, followed by the first line, then it was Beagle, Martin Erat and Troy Brouwer.  Later, it would be Beagle, Brouwer, and Chimera.  Later still, Brooks Laich, Erat, and Brouwer.  Get the point?

-- Give the penalty killers credit, but not too much.  The Red Wings came up empty on five power play opportunities (that makes 12-for-12 for the Caps PK'ers over two games), but with 14 power play shots on goal in ten minutes of power play time, Michal Neuvirth was the best penalty killer of all.

-- Of the three Detroit goals, the Erskine-Carrick pair was on ice for the last two.  On one, Erskine was caught trying to make a play he is not as equipped to do, perhaps, as much as other defensemen on this club (kicking a pass into his skates to his stick, the unfortunate result being a rush the other way resulting in a goal).  On the other, neither defenseman figured in the play, Danny DeKeyser blasting a shot off a faceoff that might (or might not) have hit Jason Chimera on its way to the goal.  Still, that one was more on Neuvirth, certainly, than either of the defensemen.  They were more victims of scorekeeping than any particularly egregious errors.

-- Here is where the defense – all of it – is culpable.  Detroit outshot the Caps, 45-29.  They out-attempted Washington, 81-54.  Detroit had 11 skaters with at least three shots on goal, nine with at least five shot attempts.

-- Which brings us to the Red Wings’ first goal.  The end of the play looked like an old Benny Hill Show skit, but lost was the start of it.  There was Dmitry Orlov going all Mike Green and skating the puck out of his own end, through the neutral zone, and across the Red Wings’ blue line.  But instead of chipping it deep when he crossed the line, he tried to deke past a defender, had the puck poked off his stick, and the Wings were off and running on a breakaway the other way.  Moral: Orlov is not Green, who was out of the lineup, courtesy of that Boone Jenner hit in Columbus on Friday night.

In the end, it’s another loss (the Caps' fourth straight in the skills competition, by the way).  There were bright spots – Neuvirth’s play, the slick power play in the first period, the persistence that led to the Ovechkin goal late.  But this is a thin team.  They miss Mikhail Grabovski (with whom the game might not have gone to a shootout, and even if it did might not have reached Jay Beagle’s spot on the bench).  They miss Mike Green, a more adept puck carrier at this stage of his career than Dmitry Orlov is at his.  They miss a well-functioning third defensive pair.  They miss a well-functioning, not to mention consistently assembled, second forward line.

It just isn’t a complete team, which is why despite the bright moments, the Caps can still manage to come up just short.  Remember the “just short” part come April, as it starts to look more and more as it that will be the takeaway from this season.

Posted by The Peerless at 7:07 AM No comments: