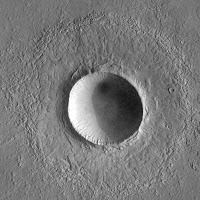 The Four Horsemen of the Apocalypse? Might as well be, but no. They are the four guys who had clear and clean breakaways in last night's 4-2 loss to the Flyers. For all the talk of how the Flyers could make a team pay for being careless on the power play, it was the Caps who had several excellent scoring opportunities on shorthanded breakaways, and they failed to cash in on any of them. In fact, of the four players above, only one – Laich – registered a shot on goal. Two others missed the net, and another – Backstrom’s – hit the post.

Those were the most obvious opportunities squandered, but they weren’t the only ones…

-- The Caps had 34 misfires (12 shots blocked, 22 misses). Nicklas Backstrom had five missed shots by himself, including the post-ringer. There’s a good sign in there in that Backstrom wasn’t shy about getting his shot off (he would also net the game’s first goal). But they keep score of those that go in, not those that go wide.

-- Seven power plays, including 47 seconds of a five-on-three, and one goal to show for it. It wasn’t as if the Caps were shy about shooting or unduly concerned with the Flyers’ ability to pick off passes and get chances at the other end. They had 14 shots in 10:48 of total power play time. And those shots came from six different players, which is a bit unusual these days for the Caps. The trouble is, the last 13 didn’t make it to the back of the net.

-- Alex Ovechkin scored his 44th goal at 4:19 of the second period, making the score 2-0. From that point until the Flyers got their first goal at 9:22, the Caps attempted four shots – John Erskine, Alexander Semin, Matt Bradley, Jeff Schultz. If there had been a little more pressure there from guys who would normally be expected to exert such pressure, the game might have taken a different turn.

-- The Young Guns – Ovechkin, Backstrom, Semin, and Mike Green – attempted a total of 42 shots among them, none fewer than nine. 20 of those shots were on goal. They had two goals to show for it.

Then there was the exasperating…

-- Another delay-of-game penalty. Even with the shorthanded opportunities the Caps couldn’t cash in on, the Flyers weren’t looking as if they were going to be scoring much at five-on-five. And the Caps 4-on-5 penalty killing wasn’t allowing many chances. But then Semin took a delay-of-game penalty when he shot the puck over the glass when it appeared he had more time than perhaps he thought he had, giving the Flyers a 5-on-3 opportunity. Nine seconds later, the Flyers had their first goal and their legs back under them.

-- Arron Asham? Arron Freakin’ Asham? His goal – the Flyers’ last of the evening and the one that drove the last nail into the coffin of this one – was just inexcusable. How Jeff Schultz let Asham walk around him and allow him to look like Mario Lemieux dangling the puck on the end of his stick was one of those head-slapping, “are-you-kidding-me?” moments. Schultz no doubt feels as bad as anyone else, but that play can’t happen there with a fourth liner on the ice killing time.

-- The Flyers came into the game with a record of 2-15-3 when trailing after two periods. The Caps had a record of 26-2-1 when leading at the second intermission. Who would you have bet on? Yeah, me too. And in case you’re wondering, yes…it is the first time this year the Caps have lost a game in regulation at home when leading after two periods. It is only the second loss in regulation at home this season to an Eastern Conference team.

-- Tomas Fleischmann was next to invisible (ok, scratch “next to”). One shot attempt, a giveaway, a takeaway, and lots of getting abused by Flyers.

-- Secondary scoring just isn’t there. Both goals were really a product of Ovechkin’s stick – his own goal, of course, and the Backstrom goal, which was the product of Ovechkin faking Niittymaki to his knees with a fake slap shot, then sliding the puck to Backstrom, who had an empty net into which he could deposit a backhand. Not that the Caps lacked for chances – they didn’t. But they simply didn’t cash in.

-- When the Flyers crawled back into the game, especially after the goal by Scott Hartnell to tie things up, the Caps reverted to a troublesome pattern. Instead of just tending to business and playing their game, which had been somewhat successful in this contest, they went back to every guy trying to do things himself, playing like individuals. It’s admirable that guys would want to assume that burden, but it’s also ill-advised. Beating teams 1-on-5 is a rarity in this sport

-- Not cashing in seems especially unfortunate for David Steckel, who otherwise had a very good game. The same could be said for Brooks Laich, who didn’t show up a lot on the scoresheet, but who played the kind of game against the Flyers that looked like something you’d have seen in the 1980’s – very hardnosed.

And it is a law of nature that if a team squanders its early chances, it will come back to haunt them. It was the case in Philadelphia in December, when the Caps launched 25 first period shots at Niittymaki and had nothing to show for it, then losing 7-1. It was the case last night when the Caps had chance after shorthanded chance and couldn’t get the puck on net, let alone in. If they scored on one of them, we’re having an entirely different conversation this morning.

The Caps played a pretty good game, actually. Trouble was, it was an NBA game – 48 minutes. Then, they had three minutes from hell, when the Flyers got the tying, winning, and insurance goals. And before that, the Caps failed to take advantage of the opportunities presented, both in terms of Daniel Briere and Kimmo Timomen being absent, and in not burying the chances they were afforded over the first 40 minutes.

And so, the circle remains unbroken…Pittsburgh beats Philadelphia, the Caps beat Pittsburgh, Philadelphia beats the Caps.
Posted by The Peerless at 7:21 AM 1 comment: