The Peerless Prognosticator is ON THE AIR!!! -- Eastern Conference Quarterfinals, Game 3: Capitals vs. Canadiens

But things are even now, and the Caps have a chance to right things and take back home-ice advantage with a win. It won’t be easy, though, as the Canadiens…

“Three is a very important number.”

Professor! It’s been awhile. Glad to see you could make the playoffs.

You were saying about the importance of the number “three.” 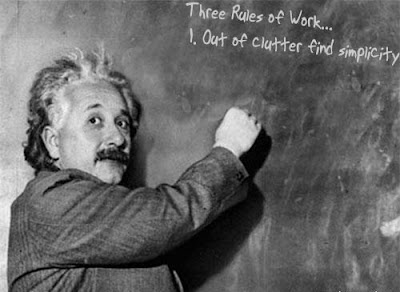 And the second rule? 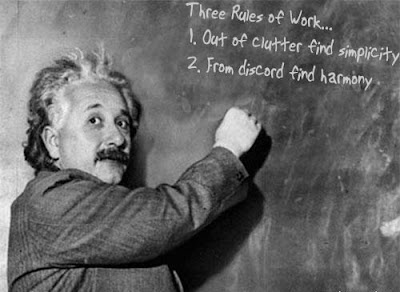 Well, it has been a bit cheesy in this series. About the third rule… 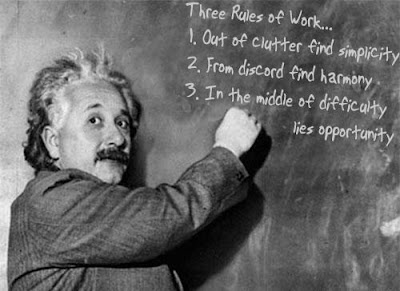 OK, you got me on that one.

“It iss ver-r-r-r-ry zimple. The Cepps are in ze midst of a difficult zeries against Montreal, yes?”

The moral of the story being…

Well, we are only two games into this series, and two games might not tell us much with respect to this series or the Caps, but here are some tidbits…

-- Nicklas Backstrom has half of the eight goals the Caps have so far. That would also be more than anyone else has scored so far in the playoffs.

-- Eric Fehr has taken ten shots on goal so far. That puts him in a tie for sixth among all players. If you’re wondering, Alex Ovechkin is tied for 35 in shots (six) and tied for 19th in goals (one) through two games.

-- Mike Green has three shots on goal, has no points and is a minus-1. Hey, Chicago’s Duncan Keith doesn’t have a point, either (through one game), and is a minus-3.

-- The Caps are one of three playoff teams (out of 16) without a power play goal, and they are tied for ninth in penalty killing. Special teams need to improve.

-- As if to drive that point home even further, no team has more five-on-five goals scored than the Caps (although allowing six could use some improvement).

-- Only one team had more games in which they scored first than the Caps in the regular season (Chicago did so in 56 games to Washington’s 52). But the Caps fell behind in both of the first two games of this series. Don’t want to do that against a team that emphasizes defense as much as the Canadiens. It plays to their strength, and it requires expending too much energy to climb back.

In the end, the Caps have to win a game at Bell Centre – at least one. And after the iffy performance of Jaroslav Halak on Saturday (five goals allowed on the last 17 shots he faced), there is no time like the present. The Caps peeled away a layer of the onion on Saturday, getting big nights from Nicklas Backstrom and Alex Ovechkin after the first line struggled in Game 1. Now it’s time for another layer to be peeled back – get Mike Knuble, Alexander Semin, and Mike Green rolling. Given that he had ten goals in 14 career regular season games against the Habs coming into this series, it is Semin who seemed poised for his coming out party in this series.

It couldn’t come at a better time…

In defense of... the defense

Many words are being devoted this morning to the struggles of Mike Green and Jeff Schultz, each of whom had a difficult game last night.  It is part of a running narrative that disparages the Capitals defense.  And for purposes of this series and these playoffs, it is a valid concern.

But let's step back from the white-hot cauldron of playoff commentary for a moment and think a little bit about the longer term.  Think about opening night next year.  It is entirely likely that the Caps will dress four defensemen -- Mike Green, Jeff Schultz, John Carlson, and Karl Alzner -- none of whom will have yet reached their 25th birthday (Green will turn 25 on October 12th).

How many teams in the NHL would like to have that problem on their blue line?
Posted by The Peerless at 10:58 AM 1 comment: 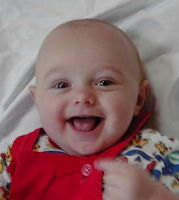 At about 8:30 pm, it looked as if the words of Capitals head coach Bruce Boudreau would herald a bitter end to a season, “It's the finality of everything. You get in the playoffs and you go, 'Whoa, I can be done by Wednesday of next week.'” The Montreal Canadiens took a 4-1 lead into the game’s 39th minute. Then something happened…

Joe Corvo took a shot that rocketed past the far side of the Montreal net, the puck making its way to the stick of Nicklas Backstrom. But while that was going on, the reason Mike Knuble is on this team came into focus. Knuble slid down the slot as Backstrom was working his way down the half wall. As Backstrom was winding up for a shot, Knuble turned and planted himself at the edge of the crease, a human shield disrupting the view Canadiens goalie Jaroslav Halak had of the puck. Backstrom fired, Halak was distracted, and the Caps got a late goal in the second period to cut the lead to 4-2.

The third period was 20 minutes in the Wayback Machine, more reminiscent of a 1980’s playoff game that the defense-first (still) game played these days. The Caps clawed all the way back to tie the game at four-apiece, courtesy of Alex Ovechkin, who poked a rebound through the pads of Halak early in the period, then he recovered the puck off his own blocked shot and fed Backstrom at the goal mouth to tie the game. Tomas Plekanec (you might want to keep an eye out for this guy, boys) gave the Canadiens what seemed at the time to be a strangle-hold on the game with barely five minutes left. However, John Carlson took a feed from Backstrom and rifled a wrist shot past Halak with only 1:21 left in regulation to tie the game one more time.

If you were late getting back from the concession stand at the arena, or were slow to get your beer from the fridge at home, you probably missed the game-winner when Knuble fed Backstrom (not unlike their teaming up for a goal in Game 1) and Backstrom snapped the puck through the legs of defenseman Roman Hamrlik, over the glove of Halak, and off the crossbar into the net to send the crowd at Verizon Center into a frenzy 31 seconds into the extra frame. From a 4-1 deficit and what would surely be whispers of whether the Caps were choking on their heavily favored status, the series was tied, and the questions would be as much who the Canadiens would start in goal as who the Caps would start.

-- The reason the Caps now have a goalie controversy is that Jose Theodore has given up goals on the last three shots he has faced in this series – the overtime winner in Game 1 and the first two shots he saw in this game. Semyon Varlamov relived him, and while he was not spectacular, he steadied the ship long enough to give the Caps a chance to crawl back into it.

-- This is the third time in franchise history that the Caps have come back from a three-goal deficit to win a playoff game. It also broke a six-game losing streak in home playoff games, dating back to when Todd Krygier ended Game 2 of the Eastern Conference finals with a goal during the Caps Stanley Cup finals run in 1998.

-- How big was this? Tom Poti engaged in only the third fight of his career (first since2003-2004) and first ever in the playoffs.

-- The top line showed up tonight… Alex Ovechkin, Nicklas Backstrom, and Mike Knuble were 4-5-9, plus-7, with 13 of the 37 shots on goal the Caps recorded.

-- The second line, though… Alexander Semin, Brendan Morrison, and Brooks Laich had no goals, no assists, and were a combined minus-2. Morrison played only two shifts in the third period, none after the 10:41 mark.

-- What is the upside for John Carlson? Remember, at this time last year he had not yet played a game as a professional (he would make his debut on May 2nd during the Hershey Bears’ Calder Cup run). Tonight he goes 1-1-2, plus-2 in 17 solid minutes.

-- Second straight year we’ve seen dueling hat tricks in a playoff game at Verizon Center. Andrei Kostitsyn got one for the Habs and had his own four-point night to match Backstrom and Ovechkin. But he had only one shot in the last 23 minutes (including overtime).

-- Have the Caps found Halak’s holes? One goal on the first 20 shots they took at Halak, five on their last 17. Or maybe the Caps just stopped playing from the perimeter and put bodies in front. Backstrom’s goal at the end of the second, Ovechkin’s in the early part of the third, Backstrom again from the doorstep. Shots goalies see, they stop. Make them move, crowd them, make them have to react quickly from in close, it’s not so easy. This isn’t rocket science.

-- Don’t forget the goal Eric Fehr scored on a break in the first period. If the Caps don’t get that goal, less than three minutes after the first Kostitsyn goal to put Montreal up 2-0, we are writing an entirely different entry for this game. And don’t forget about the pass that sprung him, as Tomas Fleischmann seemed to channel their days playing together in Hershey as he put the puck in space where Fehr could get it.

-- You had a feeling Ovechkin was locked in on this one after seeing that hit on Marc-Andre Bergeron on his first shift 43 seconds into the game. Then he smacked Benoit Pouliot nine seconds later.

-- Give Montreal credit though – 30 blocked shots is a rather amazing total. Fourteen different skaters had blocked shots for Montreal. Defensemen had 21 of those blocks.

-- Mike Green and Jeff Schultz had a difficult game, to say the least. The numbers don’t tell their story (although they were on the ice for four of the Canadiens’ five goals). They just looked discombobulated all night with pucks in their skates and what seemed to be a lack of awareness of where their partner was. Small wonder it was Tom Poti and John Carlson out there to start the overtime.

-- Jose Theodore had one of those games that are the nightmares from which goaltenders awaken in a cold sweat.  Two goals on two shots (now three on the last three he faced).  But who was the first guy to congratulate Semyon Varlamov while the guys were mobbing Nicklas Backstrom after the game-winner? -- Theodore.  He might not get another minute in goal for the Caps, but he's a class act.

It wasn’t pretty, but we’re past style points and stat-padding now. The only thing that matters is the "W", and the Caps put their first one on the board tonight. At 6 o’clock, all the questions were about the Caps – too tight? Taking Montreal lightly? Not playing “the right way?” Now, the questions shift some to the Canadiens, especially their goaltending, which (let’s face it) was grim the last 25 minutes of this game. Carey Price might not get the start on Monday (it says here he will not), but he’d better be ready.