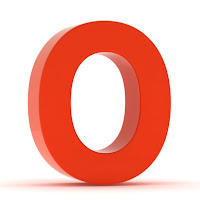 The Washington Capitals resumed play on Tuesday night after their holiday break, but they appeared to be suffering the lingering effects of egg nog overindulgence as they fell behind three times before succumbing to the New York Islanders, 4-3, at Barclays Center in Brooklyn.

The Caps fell behind for the first time in the contest mid-way through the first period when Cal Clutterbuck scored off a rebound of a Nikolai Kulemin shot, tapping a loose puck past goalie Braden Holtby’s right pad at the 8:02 mark.

Justin Williams tied the game for the Caps five minutes later. Dmitry Orlov won a battle along the boards to free the puck to Alex Ovechkin at the top of the left wing circle. Backing around the circle, Ovechkin wristed a shot to the Islander net that was knocked down by goalie Jaroslav Halak. The puck lay in the crease, where Williams was free to poke it past Halak to make it 1-1, 13:24 into the period.

That would be how the teams went to the first intermission, and the score remained tied through much of the second frame. With just under six minutes left, though, Thomas Hickey took a pass from Alan Quine and worked himself down the left wing wall. As he approached the goal line, Hickey fired a pass across to Andrew Ladd at the opposite side of the Caps’ net. Ladd settled the puck with his skate, then whacked it off the post and Holtby’s left skate into the back of the net to make it 2-1, 14:03 into the period.

That set things up for a more active third period. Alex Ovechkin got it started just 1:17 into the period, finishing a Caps rush. Ovechkin started it, skating the puck through the neutral zone before sending it forward to Evgeny Kuznetsov at the Islander blue line. Kuznetsov fed the puck to Williams on his left, who wristed a shot on goal. Halak made a pad save, but he left the puck at the top of the crease where Ovechkin was waiting by himself, Clutterbuck unexpectedly peeling off to his right rather than cover him. Ovechkin made quick work of the loose puck, backhanding it past Halak, off the post, and in to tie the game.

Then came a 43-second span of time that changed the game. It started with Andrew Ladd getting his second of the night, redirecting a pass from Quine from a spot low to Holtby’;s right behind the goalie at the 4:41 mark. Then it was Anders Lee providing some insurance, muffling an attempted cross-ice pass by Matt Niskanen, picking up the puck just outside his own blue line, and skating off on a breakway that he finished, beating Holtby low through the pads 5:24 into the period.

It was time enough for the Caps to mount a comeback, and Andre Burakovsky got them half-way there 13 minutes into the period when he finished a play started by Niskanen just inside the Islanders’ blue line. His drive was altered in its path by Jay Beagle, the puck finding its way to Burakovsky streaking for the net. From the top of the crease, Burakovsky had only to get the blade of his stick on the puck sliding through to redirect it past Halak to make it 4-3.

That would be as close as the Caps would get, though. New York kept the Caps off the scoreboard over the last 6:55 to escape with the win.

-- Ovechkin finished with a goal and an assist, putting him within eight points of the 1,000 mark for his career. It was his first multi-point game of the year on the road.

-- Nicklas Backstrom, who is closing on a milestone of his own (500 career assists) did not record a point and was minus-3 for the night (as was Marcus Johansson).

-- Andre Burakovsky, who went 26 games without a goal after scoring a pair on Opening Night, now has goals in two of his last three games.

-- Justin Williams had a goal and an assist, resuming his assault on the score sheet after going consecutive games without a point. He is 6-3-9 in his last ten games.

-- Ovechkin had nine shots on goal, a season high and the most he had in a game since he had ten shots on goal last February 18th in a 3-2 win over the Islanders on this same ice sheet.

-- Beginning with the penalty taken by Dennis Seidenberg for slashing at the 14:45 mark of the third period, the Islanders spent 4:59 of the last 5:15 of the contest down at least one skater, taking two penalties (the other by Thomas Hickey at 17:01 for high-sticking) including the last 2:06 when the Caps took goalie Braden Holtby off the ice for an extra attacker (they had two extra skaters for the last 1:07 of Hickey’s penalty).

-- The four goals allowed by Holtby equaled the number he allowed in his previous 213:11 of ice time spanning his four previous games, back to the second period of the Caps’ 4-2 win over the Islanders on December 13th on the same ice sheet.

About the best one can say about this game is, “it could have been worse.”  Four penalties taken in the second period left the Caps shorthanded for almost seven minutes of the period (there was some overlap with an Islander penalty taken).  That the Islanders managed only three shots on goal on four power plays over a total of 7:09 in man advantage time for the game speaks well of the penalty killers.  But on the other hand, six inconsequential shots on four power plays of their own in 7:09 of man advantage ice time hints at the power play losing the spark it had when it recorded goals in five straight and seven of eight games earlier this month.  Going into this game, this was just the fifth team in Capitals history to reach the 20-win mark in 32 games.  Only two teams – the 1991-1992 team with 22 wins and the 2015-2016 team with 24 wins – had more at the 32-game mark than this one.  It suggests that this is a pretty good team.  Pity that in Game 33 there was not a lot of evidence of that.