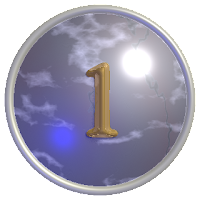 Did you ever find yourself at a traffic light…the light turns green, you step on the gas, and the engine revs up, but you go nowhere?

That’s the Caps right now – stuck in neutral. Such was the case last night as the Caps managed to slip only one shot behind Ottawa goalie Alex Auld in a 2-1 overtime loss to the Senators. What happened?

Alex Ovechkin was held to four shots in his return, none in the last 34:28 of regulation and 4:20 of overtime. It would have made a nice story if he’d notched a goal or two in his return, but the time off showed late.

One minor penalty…one. That was what was called on Ottawa in 64:20 of play. Eric Furlatt and Don Koharski were not paid by the whistle, that’s for sure.

Washington – a town used to quarterback controversies in football – now must think that it is seeing (or about to see) one in the nets for the Caps. Since a lackluster effort in relief in a 7-0 loss to Atlanta, Brent Johnson is 1-0-2, 1.90, .934.

We’ve noted that Viktor Kozlov has been a slow starter recently, but right now it’s a luxury the Caps can’t afford. It defies belief that a player who gets none other than top-line minutes has managed more than one shot on goal in only two of seven games he’s played. Last night, he had one once more.

That’s 11 games and counting for Nicklas Backstrom without an even-strength point.

Since scoring a power play goal against the Devils, Mike Green is 0-for-21 in shots on goal over six games. The Caps are 2-3-1 in those games, and the Caps’ power play is 3-for-24. Green was 0-for-two last night.

We still wonder about the status of Chris Clark. Clark, moved to the fourth line, logged only 7:58 in playing time. That isn’t the odd number. 0:00 is. That is the shorthanded time he had. Clark has logged a total of 1:11 in shorthanded ice time this year. He averaged 3:34 in 2005-2006 and 2:44 in 2006-2007. Just looking at the numbers, it seems the minutes Clark doesn’t get could be explained by David Steckel getting them (the latter playing only 12 games combined in those first two seasons after the lockout), but it still strikes us as a bit odd.

Any wonder why the Caps couldn’t solve Auld in the third period? Only two of six shots were taken from within 50 feet, only one within 25 feet.

One point is better than none, and the Caps are still hanging onto the periphery of the top-eight (they’re ninth this morning and only two points out of sixth). But it is not a team that looks as if it is playing with much urgency, and they are not creating anything in front of the opponent’s net. Four of the next five are at home, and all five have significant standings implications as they are against Eastern Conference teams, two of them against Southeast Division leader Carolina. It’s an opportunity. But if they play like they have the last two games, they might end up with four or five points and see it down the road as an opportunity lost.
Posted by The Peerless at 6:28 AM 1 comment: