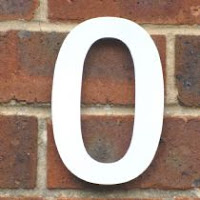 The Washington Capitals got started on the downhill side of their regular season on Tuesday night with a visit to Brooklyn to take on the New York Islanders.  It was not a happy night for the Caps, who dropped a 3-2 decision to the Isles.

Evgeny Kuznetsov got the Caps off on the right foot before the game was five minutes old.  Brooks Orpik got the play started by sending a pass up to Justin Williams exiting the defensive zone on the right side.  From the red line, Williams fed Kuznetsov charging down the middle.  Splitting the Islander defense, Kuznetsov ripped a shot from the high slot that beat goalie Thomas Greiss low on the blocker side to make it 1-0 at the 4:41 mark.

That score would hold up until the second period when the Islanders tied the contest on a power play.  Off a faceoff win in the offensive zone, the Islanders worked the puck to Andrew Ladd, who rang a shot off the junction of the crossbar and post to the far side of goalie Philipp Grubauer.  The puck ricocheted out to Grubauer’s left, where Alan Quine stuffed it home at 2:41 of the period.

Ryan Strome gave the Islanders the lead 6:31 into the third period.  A drive went wide of Grubauer and skittered behind the goal to the stick of Jay Beagle.  He could not control it though, and gave it up to Anthony Beauvillier.  A pass across to Strome was all that was left for the Islanders to finish the scoring play off the turnover, and it was 2-1.

Johnny Boychuk added an empty net goal with 1:08 left to make it 3-1, but the Caps made it a bit more interesting in the last minute as Alex Ovechkin wired a shot from the top of the offensive zone past Greiss to make it 3-2.  Washington put pressure on the New York net in the last half minute but could not get the equalizer, taking their 11th regulation loss on the season.

-- Thomas Greiss has been very good of late in goal for New York, but the Caps could have made things tougher on him by getting more pucks on net.  They put only half of their 60 total shot attempts on net.

-- Ovechkin’s late goal, his 24th of the season, gives him 549 for his career and lifts him into a tie with Ron Francis for 27th place all-time.  Next up on the list is John Bucyk with 556.

-- John Carlson returned to the lineup, but he was the only defenseman not to record a shot on goal for the contest.

-- Evgeny Kuznetsov recorded a goal and an assist, his 11th multi-point game of the season and the first one in which the Caps lost (10-1-0).  It was Kuzetsov’s tenth goal of the season, giving the Caps eight ten-goal scorers and tying them with Minnesota for most in the league.

-- The Caps had one power play opportunity, the sixth time this season they were held to one or fewer power play chances.  They are now 3-2-1 in those games.

-- Nicklas Backstrom had an assist to avoid going without a point for his third straight game.  He has not gone three games without a point since Games 12-14 back in early November.

-- Pending the results of the Los Angeles/Arizona game, Ovechkin’s 24 goal lifted him into a tie for second in the league in goals scored, trailing only Sidney Crosby (28).

-- Even though the Caps led for just 14 minutes and not at all after the third minute of the second period, the ice time was rather evenly distributed.  Matt Niskanen led the team with 22:30 of ice time, but just 14 minutes of that came after the first period.  No forward skated 20 minutes.

-- Philipp Grubauer did what a backup goalie has to do.  He kept his team in the game, allowing a goal off a rebound off the iron behind him and another off a turnover.  Finishing with 26 saves on 28 shots faced broke a personal streak of three games in which he allowed three goals in each.

The Caps looked rested, smooth, and dangerous for 20 minutes.  Then…plink.  The air went out of the balloon over the last 40 minutes, save for a late flurry.  And they did it to themselves by playing an increasingly perimeter game while piling up the “Corsi’s (they out-attempted the Isles at 5-on-5, 54-42; numbers from Corsica.hockey).”  No one should be happy with this level of effort, especially after a long break, but neither should it be a cause for despair.  The trick will be keeping it from becoming two in a row tomorrow night against Boston.