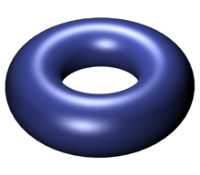 The Washington Capitals got off on the wrong foot in the first of their four-game western Canada trip, dropping a 4-1 decision to the Edmonton Oilers on Wednesday night. The Caps held phenom Connor McDavid without a goal, but they could not keep the secondary scorers off the score sheet, and their offensive struggles in the early season continued.

After a scoreless first period, the Oilers got a pair of goals from the well-traveled Benoit Pouliot in the second period. The first came in the eighth minute of the period when he and Ryan Nugent-Hopkins pressed the Caps back into their own end. As Nugent-Hopkins carried the puck into the Caps’ zone on a 2-on-2 rush, Pouliot drove down the middle to the net. It put him in perfect position to redirect a shot past goalie Braden Holtby to give the Oilers the lead.

Late in the period, Pouliot struck again. Holtby stopped a Nugent-Hopkins shot, but left the rebound to his right. Pouliot swept in an backhanded the puck off the end boards to himself. Then, from below the goal line he swatted the puck off Holtby’s leg and banked it into the net to make it 2-0 going into the second intermission.

The Caps halved the lead off the opening faceoff of the third period. Andre Burakovsky gathered up the loose puck in the neutral zone and skated into the Edmonton end. He turned and sent the puck back to Matt Niskanen at the right point, and from there Niskanen sent it to the Oiler net. Goalie Cam Talbot made the initial stop, but Alex Ovechkin was standing at the top of the crease to put back the rebound, and it was 2-1 just nine seconds into the period.

That was as close as the Caps got. Patrick Maroon restored the two-goal lead barely a minute after the Ovechkin goal, converting a rebound off a 3-on-2 rush. Milan Lucic ended the scoring on a power play, deflecting an Andrej Sekera drive from the top of the crease at the 9:57 mark to make it 4-1, Oilers, and send the Edmonton fans home in a happy mood.

-- The power play went 0-for-3, the fifth time in six games that the Caps failed to turn on the red light with a man advantage.  They are now 28th in the league on the power play (10.5 percent).

-- The power play did not lack for shots.  They had nine shots on goal in six minutes of power play ice time.  It says something that T.J. Oshie had four of them.  What that something is, we are not quite sure.

-- Brooks Orpik and Daniel Winnik were the only Caps not to record a shot attempt.

-- Since recording a pair of goals against the New York Islanders, Winnik has just one shot on goal in four games.

You get the feeling that the Caps just are not taking things seriously yet.  They have stretches of decent play, but the goals Edmonton scored last night largely reflected a more hungry attitude than the Caps displayed.  And there are aspects of performance that have gone from being odd to annoying to a concern – both sides of special teams and their ability to hold teams in the second periods of games.  They are getting a fine and consistent effort from Alex Ovechkin (goals in four straight games), but the rest of the team’s offense is a step or two too slow.  The road is a chance to work things out, and the Caps have three more games to shake the rust off, or they could find themselves looking up at more than the three teams now ahead of them in the Metropolitan Division standings.  And even if it is “early,” it can get late pretty quick if there are a lot of teams to climb over in the standings.