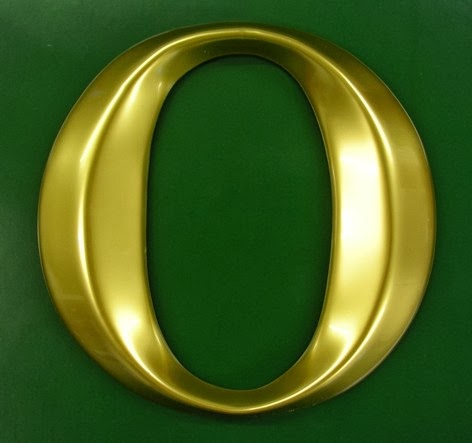 The Washington Capitals started a three-game road trip last night by visiting the Pittsburgh Penguins.  The trip did not get off to a good start, the Caps dropping a 4-3 decision to the Penguins at Consol Energy Center.  It was Washington’s third consecutive loss and ninth in their last dozen games.

It was another case of the Caps being unable to hold a lead.  They had three opportunities to do so.  The first one came after Brooks Laich opened the scoring in the first period with a shorthanded goal.  In the 14th minute, with Joel Ward off for tripping, Laich picked up a loose puck at the Penguins’ blue line, and seeing room on the left side, he stepped up. Defenseman Kris Letang tried to poke the puck away, but Laich held on, stepped around Letang and snapped a shot over goalie Marc-Andre Fleury’s blocker to start the scoring.

After Letang got the goal back with one of his own midway through the second period, finishing what was a 4-on-2 rush, Jason Chimera gave the Caps a 2-1 lead.  It started with Joel Ward skating the puck behind the Penguins’ net and sending a pass out to Dmitry Orlov at the left point.  Orlov stepped to the middle and sent a pass deep to Marcus Johansson at the bottom of the right wing circle.  Johansson wasted no time moving the puck to the middle where Chimera was waiting in the slot.  Chimera, who was left alone by the Penguin defense, had an almost empty net at which to shoot, and he buried the shot.

Pittsburgh tied the game less than two minutes later, Taylor Pyatt snapping a pass from Olii Maatta past goalie Michal Neuvirth before defenseman John Erskine could tie him up.  That did it for the scoring in the second period, the teams tied at 2-2.  That score held into the ninth minute, but then the Caps took their third lead of the night.  After having his stick slashed out of his hands in the left wing faceoff circle by Brooks Orpik, Alex Ovechkin retrieved his stick and one-timed a pass from Johansson past Fleury at 8:35 of the period

It was another lead that would not last long.  Precisely three minutes, in fact.  Jussi Jokinen tied the game for the third time at 11:35 when he redirected a centering feed past Neuvirth.  It was actually a case of defenseman Dmitry Orlov getting his stick on the puck first, but in his shooting motion Jokinen hit Orlov’s stick, the action thus batting the puck into the net past Neuvirth’s blocker.

To that point the teams alternated goals, but the Caps would not keep the chain going.  Pittsburgh scored next and last, Olli Maatta shooting through a screen from the top of the left wing circle with just 1:54 left to end the scoring for the evening, the Pens skating off with a 4-3 win.

-- The loss dropped the Capitals to third in the Metropolitan Division behind the Philadelphia Flyers by virtue of the Flyers having more wins in the same 47 games played.

-- Holding the Penguins’ top scorers – Evgeni Malkin and Sidney Crosby – to as many points (two) as penalties taken (two, both by Malkin) would be considered an achievement and would normally have been a recipe for a better ending.  The Caps did not count on rookie Olli Maatta tying a career high of two points.

-- Karl Alzner’s assist on Brooks Laich’s shorthanded goal was his tenth helper of the season.  He jumped into second place among Caps defensemen in assists, one ahead of John Carlson.  Mike Green leads the defensemen with 20 assists.

-- The Caps outshot the Penguins by a 4-1 margin in the first eight minutes.  In the last 12 minutes of the first period the Penguins shelled the Caps by a 16-6 margin, yet the Caps took the 1-0 lead into the first intermission.  Michal Neuvirth was sharp, keeping the Caps in the game.

-- Giving up four goals on 37 shots meant that Neuvirth had the longest active streak among Caps goaltenders of .900-plus save percentage games ended at five.

-- Marcus Johansson’s two points made it seven points in his last seven games (2-5-7).

-- The one-goal decision is becoming a habit.  It was the fifth straight one-goal game for the Caps and their tenth in their last 12 contests.  The Capitals are 3-2-5 in those ten one-goal decisions.

We are 47 games into the season, and the Caps are still trying to figure things out.  A reworked first line, a reworked second line, ditto for the third line, a relatively new second defense pair, God-knows-what is going on with the third defensive pair, and then there are the goalies.  What it has meant in the recent portion of the schedule is that the Caps are a day late and a dollar – or more precisely, a goal – short.

What is particularly unnerving about it is that when they get good defense, such as allowing only a couple of goals, they can’t score.  Four times in their last nine games they allowed only two goals, and they lost three of those contests, all of them in the Gimmick.  Then, when they do score, they get leaky on defense.  In that same nine-game stretch the Caps scored three or more goals five times and lost in three of them, twice by one goal, one of those in overtime.

On the one hand, the optimist might say that the Caps are this close to turning it around.  The pessimist might say, this team has no stability, no structure, how are they going to magically turn it around?

The Caps have the unenviable task of having to figure this out with seven of their next eight games on the road and only 11 games left before the freeze on trades for the Olympic break.

Get to work, boys.