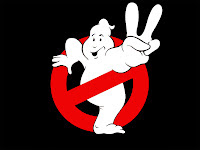 OK, if not free, at least on the winning side of a one-goal game for a change – a 2-1 victory over the Florida Panthers – thanks to Brent Johnson and Alexander Ovechkin.

Brent Johnson turned aside 24 of 25 shots to earn his first win since opening night – he’s given up one goal in each of his wins – while Alex Ovechkin assisted on the Caps’ first goal (Brian Pothier) and scored the game winner.

It was a herky-jerky game from front to back, although the Caps dominated the territorial play for virtually the entire game. Truth be told, this looked like one of those games where the Panthers thought they needed to merely toss their sticks on the ice, and something magical would happen between game-saving stops from goaltender Tomas Vokoun.

Vokoun lived up to his part of the bargain in stopping 41 shots. But the two he didn’t…not pretty.

With less than four minutes gone in the contest, Brian Pothier took a cross-ice feed from Alex Ovechkin and with the puck on edge, rifled a slap-shot that befuddled Vokoun enough to trickle through the goalie’s pads. After Branislav Mezei scored his first goal since before goalies wore masks, Alex Ovechkin flattened a Panther in the Florida zone – earning shrieks of disapproval from Panther fans – then as the puck found its way back to his stick, he sent a no-chance, no-angle shot from the goal line to Vokoun’s right that hit the inside of Vokoun’s left skate and trickled inches over the line.

That, as they say, was that. There were some moments, though…

-- Jeff Schultz rebounded smartly from a difficult game last night. You’ll see a very quiet stat sheet for him, but the +2 in 13 minutes jumps out. Not so much for the being on the ice for two goals scored by the Caps (he added an assist), but for not being on ice for any goals against.

-- Somewhere in Matt Pettinger’s distant past, he walked under a ladder or had a black cat cross his path or refused to buy Girl Scout cookies, or something…if there is anyone in the NHL with less scoring luck than this guy…well, there isn’t. He had several excellent chances to bury the Panthers tonight, but the puck either went wide, or Vokoun found a piece of it. To Pettinger’s credit, he’s still plugging out there.

-- Quintin Laing had four more blocked shots in less than 13 minutes of ice time. As a situational player, he’s looking like a smart call-up…and he even had a couple of scoring chances of his own tonight.

-- Sometimes you get the bear, sometimes he gets you…David Steckel took it on the chin in the circle tonight, losing 13 of 18 draws (27.8 percent)

-- Notice Ovechkin out there on the next to last shift of the game (skating almost a full two minutes) and getting two of his three blocked shots?

-- The Capitals’ second period woes aren’t an illusion. This was the first road game in which the Capitals hadn’t surrendered a second period goal since the 7-1 win in on October 29th. They were 2-5-1 on the road since then, before winning – and shutting out the Panthers in the second period – tonight.

-- Ovechkin took two penalties tonight, one of the head-scratching variety when he finished a check on Mezei and was whistled for high-sticking, the other when he flattened Nathan Horton with a cross-check after Horton took some liberties with a Cap in the Washington crease…we were wondering why it was left to Ovechkin to mete out that ounce of justice.

The Caps now have five days off with a good taste in their mouths before they undertake another back-to-back next Friday and Saturday against and . It is time to hammer in some of the things coach Bruce Boudreau wants to install, and it’s a chance to put aside the memory of a difficult November (3-10-2). If you’re asking Santa for presents, maybe you could ask him for nine or ten wins in December. It might take that to pull the Caps back into contention for a playoff spot.

The Nashville Predators and the Montreal Canadiens skated to a shootout this evening. The shootout was not the fun part of the evening, though. Montreal held a 4-1 lead more than 12 minutes into the third period. Nashville came storming back to tie the game in regulation with three late goals. But that wasn’t the fun part, either.

Nope, for me the fun part was the last ten seconds of overtime. Greg DeVries cross-checked Patrice Brisebois in the neutral zone, but that wasn’t even the good part. As Tomas Plekanec was skating into the offensive zone with speed down the left wing side, David Legwand mauled him along the boards, drawing a hooking penalty in the dying seconds. The clock ran out before play stopped and the penalty could be enforced.

It sort of begs the question, here we had a player who had an offensive advantage, and with the clock running out on the hockey portion of the game, the defender had little to lose by taking what looked like an “intentional” penalty. Just throwing it out there, but do we need to see teams that take a penalty in the defensive zone in the last ten seconds or so of overtime pay a stiffer price than merely having the penalty recorded in the official statistics?

By the way, Nashville won the game 5-4 in the shootout that Legwand might have preserved.
Posted by The Peerless at 9:57 PM 1 comment:

The Peerless Prognosticator is ON THE AIR!!! -- Caps vs. Panthers, December 1st

It’s a back-to-backer this evening as the Caps head down the road to visit the Florida Panthers. And after last night’s 4-3 loss to – a weird, bad luck game to be sure – it’s time to break out the serious weaponry in an effort to head off this six weeks of awful luck. So what do we have here? We’re joined by occultist Luke E. Charm to see if we can’t find something to ward off the evil spirits that seem to inhabit the Caps’ sticks these days…Luke, welcome…

“Thank you, Peerless…’charmed’ to be here.”

Uh, yeah…so, what have you got for us, today?

“Well, I thought we’d start with the horseshoe. You’ve probably seen these in many places…”

Certainly, and shouldn’t the ends point up so that the good luck doesn’t run out?

“Depends on where you are…in some places, the ends point down so the luck can pour onto you…in others they point up so it doesn’t run out.”

Guess the Caps have been keeping theirs sideways lately…what about the rabbit’s foot?

“Well, you can’t just use any rabbit’s foot…if you’re looking for luck, you need the left-hind foot of a rabbit killed by a cross-eyed person during a full moon, then carry it in your left pocket…”

“What about keys…if you wear three keys, you’ll ‘unlock’ the doors to health, wealth, and love…”

Health we sure could use, but where are you going to wear keys on the uniform?

“Well, then how about the four-leaf clover…for hope, faith, love, and luck?”

How about goals?...you have anything for goals in there?

“hmm…how about acorns…a symbol of good luck, fecundity, and fruits of labor?”

Hey, that sounds promising…but they looks more like walnuts to me…

OK, maybe we’ll save the good luck charms for another day, but tonight the Caps get the Florida Panthers – again – and that means…yes, another chance to win a game against these clowns.

This marks the fourth time in nine games the Caps have faced the Panthers, and the first three were not a treat for Caps fans. Besides going 0-3-0, here is the “tale o’ the tape”…

There is next to no difference in the performance of these teams, except that the Caps have always been on the short side of a one-goal result (a third of the nine one-goal losses the Caps have suffered; they are 2-8-1). If there is one thing that we noticed in those results above, it is the singular nature of the Caps’ scoring. Five goals and only six assists. Two of the goals were scored unassisted (the shorthanded goal, and Laich). Except for an unassisted goal by Kamil Kreps, all of the goals scored by the Panthers had the maximum number of assists attached. It suggests that the Panthers have had some – not much, but some – more continuity in their offense. The Caps’ goals are largely individual efforts.

Thus far, it’s been the Olaf Kolzig vs. Tomas Vokoun contest in net. has won all three meetings by that one goal. With the Caps having played last night, and Brent Johnson having a good record against the Panthers over his career (4-2-1, 2.45, .923), one would think Johnson will get the start tonight. Since Vokoun hasn’t played since his start against the Caps last Wednesday and is 3-0 this year against them, the Panthers really have no reason not to send him out again.

The Caps are at the point where looking past the game in front of them is of little use. A team that won almost half of its total of wins in the first three games of the season is not one of which a long winning streak can be anticipated. Win one…maybe win another…then we’ll see. But for now, win just one.

That’s what we’re calling for…

…but maybe we’ll see if we can find that acorn.

Posted by The Peerless at 9:47 AM No comments: