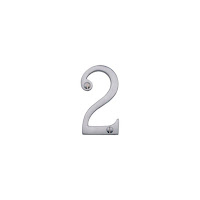 The Washington Capitals went into their contest with the Columbus Blue Jackets on Tuesday night having demonstrated that they can win close, low scoring games, posting 10 of their 34 wins when scoring two or fewer goals in a game.  At Nationwide Arena the Caps demonstrated that trading scoring chances is not much better a strategy for opponents.  The Caps spotted the Blue Jackets the game’s first goal, then came storming back to post a 6-3 win over Columbus.

The Blue Jackets got that first score on Kerby Rychel’s first NHL goal in the game’s tenth minute, converting a goal-mouth feed from William Karlsson on a 2-on-1 break.  If that gave the home team fans the hope that their charges would make it a hard night on the Caps, that hope was dimmed somewhat less than three minutes later.  The Caps pushed the Blue Jacket defense back with a three-man rush though the neutral zone, Alex Ovechkin carrying the puck down the left side.  Gaining the offensive zone, Ovechkin slid the puck to T.J. Oshie filling in the middle, and Oshie wired it to Nicklas Backstrom cutting in from the right.  Backstrom snapped a shot past goalie Sergei Bobrovsky, and the game was tied.

Less than four minutes later the Caps took the lead for good.  Pressuring the Blue Jackets in their own end, Tom Wilson forced Justin Falk into a turnover from the right wing wall.  Falk sent the puck through the middle, where it was picked off by Marcus Johansson.   As Dalton Prout slid over to disrupt Johansson’s progress, Johansson fed Jason Chimera filling in the space Prout vacated.  Chimera fired a dart past Bobrovsky, and it was 2-1 at the 15:52 mark.

That would be how the teams went to the first intermission, but the score did not stay that way long after.  After Falk was sent off on a double-minor for high sticking Johansson, the Caps scored a pair of power play goals.  Alex Ovechkin got his 28th goal of the season, converting a splendid cross-ice pass from Evgeny Kuznetsov on a one-timer past Bobrovsky from the left wing circle.  Less than two minutes later, Backstrom recorded his second of the game when he settled at the top of the crease and tipped in a feed from Kuznetsov past Bobrovsky’s right pad to make it 4-1 at the 4:47 mark.

Columbus got back within a pair on a power play of their own, Boone Jenner pounding in a rebound of his own shot from the top of the crease past goalie Braden Holtby.  Less than a minute later the lead was three goals once more, though.  Justin Williams gathered the puck at his own blue line and fed it up to Kuznetsov skating through center ice.  Kuznetsov relayed it to Andre Burakovsky skating down the left side.  With Kuznetsov continuing on toward the net, Burakovsky cut behind him and shot the puck through a maze of bodies past Bobrovsky to make it 5-2 with 10:25 gone in the second period.

The second period ended that way.  Columbus inched within a pair one more time when Ryan Murray took advantage of Holtby losing track of the puck and stepped up to backhand it past Holtby’s left elbow at the 5:07 mark.  That would be a close as the Blue Jackets would get.  Marcus Johansson scored an empty net goal with 33 seconds left for the final 6-3 margin.

-- The Caps had trouble getting started in each of the first two periods.  Columbus out-attempted the Caps, 12-1 (six shots, six attempt blocked) in the first 4:48 of the game.  The Blue Jackets out-attempted the Caps by an 8-2 margin to start the second period (four shots, three shots blocked, one miss) before Justin Falk took his double minor on which the Caps scored two goals.

-- This was the 12th time in 46 games that the Caps recorded five or more goals.  Last season they did it 13 times in 82 games (not including Gimmick goals).

--  Ryan Stanton got his first game as a Capital in this one, and it was not an auspicious debut.  He was on ice for two goals against, and it was after his penalty in the second period that the Blue Jackets scored a power play goal.

-- Alex Ovechkin recorded an assist on the first goal by Nicklas Backstrom.  It broke a 14-game streak without a helper.

-- Marcus Johansson’s empty net goal made it three straight games with a goal and points in ten of his last 14 games (8-7-15).

-- After taking a puck off his left hand that needed some attention, Jason Chimera scored his 13th goal of the season and broke a five-game streak without one.  He has now alternated points and non-points games over his last nine contests (3-4-7).

-- This was the Caps’ second straight game with two power play goals and their fourth such game over their last nine contests.   In January, the Caps are 10-for-29 on the power play (34.5 percent).

-- Braden Holtby finished the game in goal.  He had been relieved for performance against Buffalo last Saturday, then left early due to dehydration symptoms on Sunday.  He was not quite as sharp as he has been over the last two months, but he was good enough to earn his 30th win.  It is the tenth 30-win season for goalies in Caps franchise history and Holtby’s second, tying Jose Theodore for second in 30-win seasons in franchise history.  Olaf Kolzig had five such seasons.  Jim Carey had the other.

Well, it was not a one-goal game.  Five of the last six contests between these teams ended in one-goal decisions, including both games this season, and the sixth game was a two-goal win for the Caps punctuated by an empty-net goal.  This contest ended a slippery part of the schedule for the Caps in which the 2016 portion of the season started with a four-game road trip, then largely alternating home and away games.  The Caps now head home for a five-game home stand straddling the All-Star Game break that features four divisional opponents and a game against the Anaheim Ducks and former Caps coach Bruce Boudreau.  Having won seven of nine games to start the new year, the schedule sets up to allow the Caps to put even more distance between themselves and their closest pursuers in the East.

Posted by The Peerless at 10:03 PM No comments: