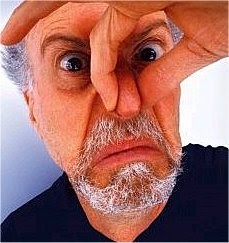 It was not the worst game the Washington Capitals played this season, but they could see from here.  What they could not see very much of was the Dallas Stars buzzing in, around, and through the Capitals’ defensive zone, scoring twice in each of the first two periods on their way to a 4-2 win at Verizon Center.

It did not take Dallas long to start the scoring.  With the Stars on a power play, Ales Hemsky led an assault on the Caps’ end.  When the defense backed off, he left the puck for Shawn Horcoff filling in down the middle.  Horcoff fired, his shot ticking off Curtis Glencross’ skate and sailed over goalie Braden Holtby’s blocker into the back of the net 3:25 into the game.

Glencross evened things up in the 12th minute of the first period.  From in front of the Dallas bench, Troy Brouwer fed Evgeny Kuznetsov closing on the Dallas blue line.  Kuznetsov carried the puck diagonally across the zone and left if for Glencross at the top of the left wing circle.  Glencross cut back across the middle and backhanded the puck on net.  Goalie Kari Lehtonen made the first stop but left the puck lying next to his right pad.  Glencross followed his own shot and stuffed it past Lehtonen to tie the game.

The Stars took the lead for good late in the period when Colton Sceviour circled out from behind the Caps’ net, looped around the left wing circle, made his way all the way around to the top of the right wing circle and wristed the puck past Holtby 16:55 into the period.

Dallas poured it on in the second period, scoring a pair of goals less than seven minutes apart, both on power plays.  Tyler Seguin took advantage of time and space to wind and fire a slap shot over Holtby’s blocker on the short side from the Ovechkin circle at 7:21.  Vernon Fiddler made it 4-1 at 14:05 moments after Eric Fehr shot wide on a shorthanded chance.  The puck skittered to center ice where Ales Hemsky picked it up.  He skated into the Caps’ end, toe-dragged between Brooks Laich and Tim Gleason, then slid the puck over to Fiddler for a tap-in that ended Holtby’s night.

Justin Peters prevented any further damage, but that unleashed by the Stars was already sufficient.  Evgeny Kuznetsov added a cosmetic goal on a shot from the right wing boards that surprised Lehtonen as it sailed over his left shoulder.   It was too little, too late, as the Caps fell, 4-2.

-- The “game,” as it were, was in the first two periods, and in those first 40 minutes the Stars out attempted the Caps at 5-on-5 by a 36-19 margin.  The Stars had six shots and a goal before the Caps recorded their first shot on goal, 9:23 into the first period.

-- Three power play goals against ties a season high, set in consecutive games against Toronto and Vancouver on November 29th and December 2nd.

-- Alex Ovechkin had a personal four-game goal scoring streak snapped, but he did record an assist to make it five straight games with points and in six in his last seven.  His assist on the Kuznetsov goal lifted him into a tie with Michal Pivonka and Nicklas Backstrom for the franchise record in career assists (418).

-- Curtis Glencross scored his third goal in his last four games, the first time he has done three-in-four this season.

-- This was the first game that Braden Holtby was pulled early after starting the game since he was relieved after giving up three goals on seven shots in 9:34 of work in a 6-5 loss to the San Jose Sharks on October 14th.  He had gone 55 consecutive starts without being relieved (he relieved Justin Peters for a period in a 6-2 loss to Toronto last November 29th).

-- The Caps were shutout on the power play on three opportunities, breaking a five-game streak with power play goals scored.

-- Kuznetsov’s goal was his first since February 5th in a 2-1 win over Ottawa.  He had gone 16 games without a goal.  He led the Caps in shots on goal with four.

-- The defense managed only two shots on goal for the evening (Mike Green, John Carlson) despite 14 shot attempts.

-- The bench penalty for too-many men on the ice was just the fifth bench minor for the Caps this season.  They had been tied for second fewest bench minors in the league.

The Caps are not playing very good hockey at the moment.  It isn’t the worst time for them to have this slump (mid-April would be), but it isn’t the best time to have it, either.  Take away the scrimmage against Buffalo, and the Caps have four goals in the other three of their last four games, all losses.  Just as alarming is their Corsi-for percentage in close score situations in those three games – 41.0.  The Caps aren’t playing “heavy” as much as they are playing “slow.”

And now, the Boston Bruins will visit Verizon Center on Sunday evening with an opportunity to pass the Capitals for the first wild-card spot in the Eastern Conference if they do not do so on Saturday with a win over Pittsburgh.  They are on a roll, winners of four in a row and six of their last seven.  Meanwhile, the Caps are trying to figure out how all the air went out their balloon after the 14-1-4 run in December and January.  Over their last 26 games they are 12-12-2, 6-6-1 against teams that today would qualify for the post season.

The longest home stand of the season has been disappointing with three losses in four contests.  The Caps have one game from which they can salvage something short of a disaster.  More important, they have to demonstrate that their best hockey is ahead of them, not a Christmas present last December.
Posted by The Peerless at 11:04 PM No comments: