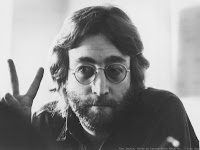 On October 27th, the Washington Capitals went to Carolina and shutout the Hurricanes, 3-0, in a game that many said was the best all around effort of the season. Tonight, the Caps hosted the Buffalo Sabres and but for a 48 second stretch in the second period might have had a better game.

Those 48 seconds in the second period were the time it took to close a 3-0 Caps lead to 3-2, and after the second Sabre goal it looked as if goalie Michal Neuvirth was shaken to his core. Another goal – one that seemed inevitable at that moment – might have cracked the Caps wide open. But Neuvirth gathered himself, and the Caps played a third period that prevented Buffalo from mounting much in the way of a sustained attack on the net, even though they did control the puck for stretches in the Caps’ zone. Alexander Semin took the final mystery out of the game with a goal in the dying seconds to give the Caps a 4-2 win over a plucky Buffalo team.

The difference in the two was that even on what was not one of his best nights, Miller displayed no panic. His movements were deliberate, economical, even when the Sabres were down 3-0. He made a comeback possible with a stone cold robbery of Brooks Laich on what would have been a lay-up off a pass from Nicklas Backstrom.

Neuvirth is a technical goalie in the same mold, and for 32 minutes he was one-upping the veteran at the other end. But in those 48 seconds and in the minutes to follow in the second period Neuvirth was handling the puck as if it was radioactive. His glove was betraying him, a hint that he was more than a little flustered by the sudden reversal of fortune. But Neuvirth is a young goalie, and fans got a treat, if they were looking for it. It was fascinating to watch him work through things to get out of the second period in a manner much like a heavyweight fighter who takes a couple of bell-ringing head shots and fights his way to the end of the round. You saw a big step in the education of a goalie tonight, taking one step closer to the level of play Miller now displays regularly.

-- You can see in Marcus Johansson a player who someday will be an important asset to the Caps. He is an excellent skater, he battles along the boards, he had good defensive instincts. But he seems to struggle in space on offense. That might be a product of his still learning the game that is played on a smaller ice surface. Time and space are things in short supply in the smaller rink, and Johansson found himself skating into difficult situations. When his decision making gets faster, that part of his game will improve immensely. But that is not yet now. His rudimentary offensive instincts probably had the effect of Ovechkin having to play in a lower gear for the first two periods and Knuble having a little bit of trouble figuring out where he needed to be to take advantage of whatever Johansson might throw at the net. Johansson took only four shifts in the third period, none in the last 9:53.

-- If there was a subtitle for tonight’s game it might have been: “Rise of the Grinders.” David Steckel, Jason Chimera, and Matt Bradley had a fine game. Chimera and Bradley especially seemed to have a chemistry with one another. Combined these three were 2-3-5, plus-6, had five hits, three blocked shots, and importantly – no giveaways.

-- Speaking of Bradley, no hits. Very unusual given his hits to minutes played ratio this season. On the other hand, he did lead the team in shots on goal (five).

-- Brooks Laich wins the Whitman Sampler from the scoresheet… one assist, plus-1, two shots, two shots blocked, one missed shot, one giveaway, one takeaway, one blocked shot, two draws taken (both lost).

-- Buffalo had a total of six turnovers. The Sabres’ parsimony with the puck made the Caps look positively sloppy by comparison.

-- Buffalo has three power play goals in November. Two of them were against the Caps.

-- On the other side, the Caps had two power play chances tonight, both in the same sequence (converting the 5-on-3 portion of a power play and failing on the ensuing 5-on-4). That makes seven chances in the last four games. It’s nice that the Caps converted 42.9 percent of those chances, but the fact of the matter is that the Caps have three power play goals in their last four games, and the opposition has four.

-- The “Being There" prize for Buffalo goes to Rob Niedermayer. In 15 minutes he did get an assist that left him plus-1, but the rest of his line on the score sheet was utterly untouched. No shot attempts, no hits, takeaways, giveaways, blocked shots or faceoffs taken. For the Caps, Mike Knuble’s scoresheet was white as snow but for a lone hit, earning him the Caps' version.

In the end, the Caps are now 9-1-1 since dropping both games of a home-and-home series with Boston last month. In those 11 games the Caps have outscored their opponents 50-30. This one lacked the fireworks, a product of the fact that despite the disparity in talent between these teams, Buffalo has a lot of guys who just know how to play the game and set the pace. It left all of the Caps’ skill guys not named “Semin” a bit frustrated, and that left it to the grinders on the third line to chip in.

The Caps are now 14-4-1 and will play Game 20 of the season on Friday in Atlanta. Through 20 games last season the Caps were 12-4-4. It is amazing that the Caps have improved on their pace of last season without putting more than a few solid three-period games together. Tonight was almost one of them, except for those 48 seconds.
Posted by The Peerless at 12:52 AM 1 comment: