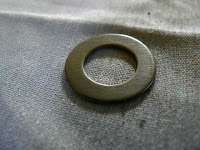 Well, the first half is in the books.

It wasn’t the way the Caps would have wanted to end the first half, a string of three losses with the last one coming this afternoon in Los Angeles at the hands of the Kings, 2-1. Not only are the Caps ending the first half on a downer, they lost Nicklas Backstrom for the last 37 minutes of the game this afternoon with symptoms of a migraine headache.

But the operative word for today’s game was “special.” As in “what happened to the Caps’ special teams, specifically the power play?” The Caps had five power plays this afternoon, including a 53-second 5-on-3 during which they managed only one shot on Kings goaltender Jonathan Quick. The Caps did manage to score once on the man advantage, a laser from Mike Green early in the second period. They also managed to give one up on the power play when three Caps got caught below their own goal line, the other two losing track of Michal Handzus, who took a pass from Brad Richardson and rifled the puck past Michal Neuvirth and Mike Green to give the Kings their final margin for the win.

Other stuff, including intermittent looks on the bright side…

-- Despite the extra work the power play has been getting in practice, it looks discombobulated. Guys look as if they know not where to go, when to shoot, which pass to make. Part of that might have been the absence of Backstrom, but it can’t explain all of it.

-- Again, the Caps have shown no particular skill in winning close, low-scoring games. This is the sixth consecutive loss in games where they scored three or fewer goals.

-- With Atlanta sinking like a rock (4-10-2 since December 1st), the Caps now have a 12-point lead on second-place Tampa Bay in the Southeast. Even without the “Southeast Exception,” the Caps have the third-best record (standings points) in the East.

-- It’s one thing for Karl Alzner not to have a shot attempt. It’s another for Quintin Laing not to have one. But Mike Knuble?

-- By way of comparison, Raitis Ivanans skated a total of 3:59 for the Kings.

-- When a team outshoots the opponent 27-19, out-attempts them 56-44, you’d have to think the other goalie had a good game. He did… but it didn’t hurt getting a few extra quick whistles with pucks lying open in the crease, either.

-- This ended a five-game points streak for Ovechkin. The Caps are 1-6-0 in the seven games in which he failed to register a point this year.

-- Too bad Mike Green didn’t have more goaltender in him… if he’d been able to hug that short side post more, Handzus might not have had any room to tuck the puck into the net on the game-winner. But hey, you want to stick your face in there when a guy is snapping the puck at it?

-- At least the Caps managed to end up with a double-digit shot total for the first period. Next objective… getting a goal. This was the third straight game without a goal in the first period for the top first-period-scoring team in the league.

-- Before we all join hands and go off the deep end, let’s remember, the Caps are 3-3-0 in their last six games skating a goaltender in five of those six games who should be tending goal against Binghamton this evening. That said, Michal Neuvirth had allowed more than two goals only once in those five games (3-2-0, 2.41, .917).

-- By the same token, this is something that has to be worked out, and we note with a bit of a head scratch that Braden Holtby is getting his second straight start of the weekend tonight for the Bears against Binghamton. Is Semyon Varlamov not ready for even his conditioning assignment?

-- Three players were on the ice for all three goals… the goalies and Mike Green. Busy night.

The Kings played this one as if it was a road game – deliberate, strong on the boards, few chances taken. In other words, they outworked the Caps for much of the game. And the Caps really do have to find ways to win games like this. They are fine at the 5-3 win, but not so much at the 3-2 variety (the sort they needed today). They are coming home, but they will be greeting the Montreal Canadiens in doing it, winners of six of their last seven. Then Ottawa, winners of three of their last four. If you are thinking this gets easier, well, maybe it doesn’t.

The Caps have not lost four games in regulation since losing five in a row, November 10-21, 2007. You might remember what happened when that happened. We’re not suggesting any changes of such magnitude are being considered or should be made, only that it’s been a while since the Caps have had to deal with this sort of regular season adversity. It will be interesting to see just how they deal with it.
Posted by The Peerless at 8:03 PM 1 comment: