Washington Capitals: Wilson Gets the Gate for Three Games...We Have Some Thoughts

The National Hockey League handed down its punishment on the matter of Penguins v. Wilson on Wednesday.  The sentence?  Three games for Tom Wilson's hit on Zach Aston-Reese in the second period of Tuesday night's game against the Pittsburgh Penguins.  The league's explanation was interesting.

The video was analyzed in a frame-by-frame fashion that would do students of the Zapruder film of the Kennedy assassination proud.  Ultimately, though, it came down to this...

It brings to mind the three games that Toronto Maple Leaf forward Nazem Kadri got for boarding Boston Bruin Tommy Wingels in Game 1 of their division semifinal series.  That suspension came down to these two points: 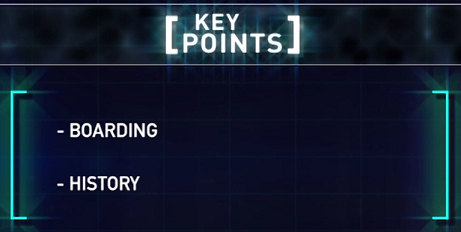 The question here is, was the league consistent in its application of rule, argument, and length of suspension?  This is as much as anyone can ask, that the rules be clearly and consistently applied, that parties know what the rules of the road are and what punishment can be expected for violating them.

We admit to a certain ambivalence about this.  Wilson has become an important part of the Capitals for his physical play, yes, but also as a reliable penalty killer and an improving offensive player.  We root for the Caps and know that his absence from the lineup diminishes the chances the Caps have to win this series against the Penguins.  We are not alone in Capitals Nation in this view.

On the other hand, Aston-Reese did suffer a concussion and a broken jaw that reportedly will require surgery to repair.  This is not an insignificant injury, and it is one more of what by appearances is an increasing frequency of head injuries.  On that basis, whether one feels (as Capitals head coach Barry Trotz believes) that “it was a hard hockey hit” or (as Penguin coach Mike Sullivan hoped) that "the league might do something," a suspension seemed a foregone conclusion and arguably justified (there is that nagging faint buzzing in our heads as to whether Wilson's smiling on the bench, whatever the reason, played into the decision).

In time, Wilson will gain more experience and perhaps pick his spots, not to mention tempering the brio with which he applies this brand of hockey.  But while we believe that the energy imparted by a six-foot, four-inch, 220 pound man on an opponent four inches shorter and 20 pounds lighter in a collision at hockey speed will usually end badly for the latter, we do wonder about another element in this that has gotten little, if any attention.  That is the equipment.  Shoulder pads in hockey resemble  those in football for their use of materials and construction:

Does equipment that looks as if it could survive re-entry from outer space, equipment which is almost equal parts protection and implement of punishment, need to be evaluated for its role in these injuries?  The physics of motion cannot be changed, and the ill manner of competitors is part of what makes hockey the sport that it is.  Clearly articulated and consistently applied rules can mitigate some of the effects of these factors (and frankly, the league struggles with its credibility on this issue).  But it might be that other areas need to have a light shined on them for their role in this matter, too.