Washington Capitals: Who Was Best in Their First Round Draft Slot? 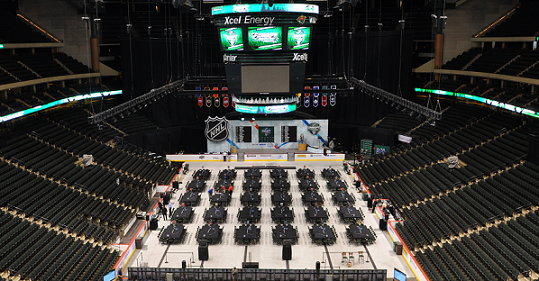 In any other year, the first week of October is generally a time for hockey fans to welcome the NHL back to a new regular season of play.  But this is not any other year, and the NHL is weeks, if not months away from any regular season games.  This year, the first week of October means that the NHL Entry Draft is upon us.  For fans of 31 teams, hope is the keyword.  As in, “let’s hope our team doesn’t @$#% this up.”  And, since we are talking about evaluating the long-term potential of young men not yet out of their teen years, the potential for @$#%ing things up is not insignificant.

Which brings us to the Washington Capitals.  Since they selected Greg Joly with the first overall selection of the1974 draft, the Caps have made 441 picks in the Amateur/Entry Draft.  Of that number, 187 have appeared in at least one NHL game, one piece of evidence that this selection process is uncertain.

An odd fact about Ovechkin as a first-overall pick.  He is a member of a “sweet spot” of number one picks in NHL draft history.  Of the six players taken first overall over the 2003-2008 period, five of them (including Ovechkin) have won Stanley Cups (Marc-Andre Fleury, Sidney Crosby, Patrick Kane, and Steven Stamkos being the others).  No first overall pick since Stamkos in 2008 has skated with the Cup.

Bob Carpenter gets the nod here.  The “Can’t Miss Kid” had more than twice as many regular season games played for the Caps (490 to 230), more goals (188 to 42, although Picard was a defenseman), and unlike Picard, he did have a postseason resume with the Caps, going 10-13-23, even, in 32 playoff games with the club.

Here we have picks at opposite ends of the success spectrum – two of the better picks in Caps history sandwiching what is arguably the single worst pick in franchise history.  This is a hard one if we over-think it.  The temptation here is to look at Mike Gartner in terms of his entire NHL career.  But while he had among the best careers among Capitals (eighth in games played, third in goals, fourth in points), and he is one of only four players in franchise history with a retired number, but by the thinnest of margins we are inclined to go with Nicklas Backstrom as the best fourth-overall pick in franchise history.  Backstrom ranks higher on the franchise list in games played 956 to 758), points (927 to 789), rating (plus-119 to plus-61), and he has a deeper postseason resume with the club (36-71-107, plus-6, in 128 games to 16-27-43, minus-4, in 47 games for Gartner).

Three picks, three defensemen.  But there is little mystery here that Scott Stevens is the best fifth-overall pick in franchise history, even if his best years might have been spent with other franchises (well, New Jersey).  He spent the first eight of his 22-year career in Washington and is highly ranked among defensemen in franchise history in a number of categories: games (601/eighth), goals (98/sixth), assists (331/third), points (429/third), plus-minus (plus-90/third), penalty minutes (1,628/first), power play goals (46/fifth), power play points (182/third), and game-winning goals (24/tied for first).  Stevens ranks third among defensemen in team history in playoff points (53).

The Capitals have never selected from this position in the draft.

Kris Beech is the only player ever taken by the Capitals in this slot (1999).  He might be best remembered as being the centerpiece going to Pittsburgh in the trade with the Penguins in 2001 that (with Ross Lupaschuk, Michal Sivek, and cash) brought Jaromir Jagr (with Frantisek Kucera).  In two separate tours with the Caps, Beech was 8-18-26, minus-13, in 73 regular season games.  He did not appear in the postseason with the Caps.

The Caps have never selected from this position in the draft.

Nolan Baumgartner (1994) is the only player ever taken by the Caps from this draft position.  He dressed for only 18 regular season games with the club (0-2-2, minus-3) and played in one postseason game without recording a point.

As a group, this collection of players might be described generally as the “not quite” group, as in “not quite achieving their potential.”  Brendan Witt was among the most intimidating players in Caps history, the epitome of a physical, stay-at-home defenseman, but he never seemed to blossom into the sort of defenseman, even among that species, who could dominate a game.  Steve Eminger had promise as a two-way defenseman; in fact, he might be thought of as an earlier version of a “John Carlson” type of player with considerable offensive upside (he would be traded by the Caps to Philadelphia for a draft pick that would later become Carlson), but he never reached that level of play, here or with the other five NHL teams for whom he played.  Alexander Semin was a player of considerable offensive gifts who could dominate one night and be absent without leave the next.  Pat Peake lost a promising career to a freak injury.  Of this group, we lean toward Sergei Gonchar as the best pick in this portion of the draft.  Fifth overall among defensemen in regular season games played with the Caps (654), second in goals (144), fifth in assists (272), fifth in points (416), first in power play goals (53), second in power play points (185), fourth in game-winning goals (19); he was also fourth among Caps defensemen in postseason points per game (0.61; minimum: 20 games).

As we move to the lower half of the first round, this cohort is all over the place in terms of performance.  There is one of the most prolific defensemen in Caps history (Kevin Hatcher), one of the best defensive forwards in team history (Boyd Gordon), a player who carve himself a niche with outdoor game performances (Eric Fehr, who scored goals two goals against Pittsburgh and another against Chicago in Winter Classic games), and a player still on the rising slope of his career of which big things are expected (Tom Wilson).

This might be, in some respects, the “disappointment” cohort.  Of the 12 players taken in this region of the draft by the Caps, six played in fewer than half a season’s worth of games for the Caps, although Connor McMichael, taken 25th overall in last summer’s draft, does not really count here.  Add to that the fact that three players, who had decent early careers with the Caps (Semyon Varlamov, Andre Burakovsky, and Marcus Johansson), only to go on to have productive careers elsewhere, and there is a further “disappointment” dimension to this group.

It is from that latter group – the trio of Varlamov, Burakovsky, and Johansson – that a best in group might be selected.  All had their plusses.  Varlamov was 30-13-12, 2.39, .917 in his 59 games with the Caps; Burakovsky had 62 goals in 328 games with the Caps and was the hero of Game 7 in the 2018 Eastern Conference final with two goals against the Tampa Bay Lightning; and Johansson was a five-time 40-plus point player for the Caps with a playoff series clinching overtime goal against Toronto in 2017 on his resume.  On the minus side, Varlamov had injury issues, and Burakovsky had consistency issues.  It is the avoidance of both by Johansson (even as he had concussion issues before and after his stay with the Caps) that argues for him being the best of this group of selections.  In his stay with the Caps, from 2010-2011 through 2016-2017, he was third on the team in points (290), third in goals (102), fourth in assists (188), fourth in power play goals (26), fourth in power play points (84), and tied for second in game-winning goals (20).  He did it while taking few penalties; he was the only Capital over this period to dress for more than 200 games (501) and log fewer than 75 minutes in penalties (62).

This is another “defenseman” cohort.  Six of the nine selections in this group were blueliners, the other three being centers (Brian Sutherby, Evgeny Kuznetsov, and Michal Sivek).  Thinking about who might emerge from this group as the best ever drafted, there is a recency element.  It really boils down to Kuznetsov and defensemen Mike Green and John Carlson.  Kuznetsov, who is a player of superior talent, has at times fallen short of the level of play his talent suggests.  At his best, and with more consistency, he would be the pick here, but his best has been occasional (less so over the past two seasons) and argues against his selection.  That leaves the defensemen, Green and Carlson.  It is not an easy choice.

Green has more career goals as a Capital (113 to 105), but Carlson has more points (478 to 360), although each player averaged 0.63 points per game as a Capital.  Both have been accused at times of having to much focus in the offensive end of the ice at the expense of their defensive play.  Each player has been a finalist for the Norris Trophy as the league’s best defenseman, although Green has been selected twice as a finalist (2009 and 2010, both times finishing second in the voting).  Both players have been selected twice to the NHL All-Star team, although Green has twice been a first-team selection, while Carlson was a first team selection once.  Green has eight of the 22 overtime goals scored by Caps defensemen in team history (no other defenseman has more than two, one of whom is Carlson).  Carlson, on the other hand, is far and away the franchise leader in playoff scoring in goals (18), assists (48), and points (66); as well as power play goals (12) and power play points (35).  The difference here is that Green’s body of work as a Capital is complete, while Carlson’s is still in progress.  In time, Carlson would likely be the clear choice here.  But for the moment, and perhaps fittingly, we’re going to call this one a tie between the two most prolific offensive defensemen in Capitals history.

Not a bad squad of “best of’s” by draft selection slot (from spots with multiple selections):

There is a lot of offensive firepower in this group, including some of the most dominant offensive players at their positions in recent memory.  It would make things a bit difficult for goaltender Olaf Kolzig, but it would be an entertaining group to watch.

Posted by The Peerless at 3:08 PM No comments: