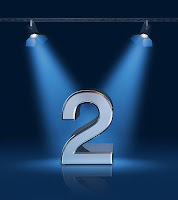 The Washington Capitals had the shortest of home stands on Tuesday night, taking the ice for one game at Capital One Arena against the New Jersey Devils before heading out on the road again later in the week.  The Caps came into this game having alternated wins and losses over their last six home games (3-2-1), while the Devils came to Washington with a 5-1-0 record in their last six road contests.  The Caps darted out to a 4-1 lead in the second period, but they gave it all back in the third period before Jakub Vrana sent Caps fans home…well, off of their recliners at home…happy with a 5-4 overtime win.

It was a game played at a glacial pace, by hockey standards, over the first eight minutes of the game, but the Caps got the game’s first power play at the 11:38 mark when Miles Wood went off for slashing.  The Caps managed one unsuccessful shot on goal on their power play, and then the promptly went shorthanded, Daniel Sprong to the box for tripping at 8:51 of the period.  Washington killed off the Devils’ power play, allowing no shots on goal over the two minutes.

Washington went to a power play late in the period, courtesy of Janne Kuokkanen for holding the stick at 15:35.  The Caps made this one count.  Keeping the puck alive in the offensive zone late in the power play, Justin Schultz let loose with a drive that T.J. Oshie redirected from the hash marks up and past goalie Scott Wedgewood’s glove to make it 1-0, 17:22 into the period.  It would be how the teams skated off at the end of the period.

Washington and New Jersey took coincidental penalties 5:44 into the period -- P.K. Subban was called for highsticking, and Lars Eller was sent off for cross-checking, putting the teams at 4-on-4.  The Caps took advantage of more room to take a 2-0 lead when John Carlson curled through the left wing circle and whipped a cross-ice pass to Jakub Vrana for a one-timer that beat Wedgewood cleanly at 7:42 of the period.

Washington made it 3-0 when Daniel Sprong led the Caps on a 2-on-1, Alex Ovechkin on his right.  Tempting the goalie with a look toward Ovechkin, Sprong called his own number and snapped a shot past Wedgewood at the 10:36 mark.

New Jersey got one back in the 13th minute when Kuokkanen took a feed from Travis Zajac from behind the net to bang home the puck from close range to make it 3-1, Caps 12:44 into the period.

Dmitry Orlov restored the three-goal lead when Richard Panik fed Orlov at the top of the left wing circle, and Orlov flipped the switch on a cruise missile past Dmitry Kulikov’s leg and past Wedgewood on the blocker side to make it 4-1 at the 15:03 mark.  The aps took that three-goal lead to the locker room after 40 minutes.

-- The Caps came back to earth on faceoffs in the period.  After 40 minutes, only Nic Dowd was over 50 percent for the contest among Caps taking more than one draw (4-for-6/66.7 percent).

The Caps put themselves in a hole early in the final frame when Garnet Hathaway was sent off for tripping at 1:22.  The Caps killed off the penalty, goalie Vitek Vanecek turning away the two power play shots he faced.

The Devils did get closer, though, when Miles Wood made it 4-2, converting a feed from Jesper Bratt from the left wing circle at the 5:47 mark.

And as if to make things more interesting, the Caps went shorthanded shortly thereafter, Nick Jensen going off for tripping at 6:48.  New Jersey did not score on the power play, but they did get within a goal when Yegor Sharangovich netted a goal at 9:43 to make it 4-3, beating Vanecek from the slot.

The Devils tied the game 12:20 into the period when Damon Severson snaked a shot through traffic and past Vanecek, erasing the Caps’ three goal lead.  The teams would remain tied through the remainder of the period and into…

Jakub Vrana got the game-winner for the Caps.  Skating with a full head of steam into the offensive zone, he leaned in and curled around defenseman Ty Smith and flipped a shot from the low slot over Wedgewood’s blocker 90 second into the extra frame to give the Caps the 5-4 win.

-- New Jersey had only 15 shots on goal in the first 40 minutes of the contest, but they had 15 shots in 15 minutes of the third period to erase the Caps’ three-goal lead.

-- Vrana’s overtime goal was the Caps’ second in the five minute extra session this season.  Alex Ovechkin had the other, that coming I a 4-3 win over Boston on January 30th.

-- It was Vrana’s third game-winning goal this season and first at home.  He tied Ovechkin and Tom Wilson for the team lead in that category.

-- Evgeny Kuznetsov had a pair of assists, including on the game-winning goal, his second multi-point game this season and first at home.  It was Kuznetsov’s 96th career multi-point game, putting him one behind Adam Oates for 17th place all-time in Caps history.

-- Nicklas Backstrom wins the all-you-can-eat buffet coupon… two assists, minus-1, qone shot on goal, four shot attempts, two giveaways, a takeaway, a blocked shot, and 11-for-20 (55.0 percent) on faceoffs in 21:09 of ice time.

Well, that could have gone better.  Should have gone better.  But two points is two points, especially when Pittsburgh won in regulation over the Rangers, the Islanders beat Boston in a Gimmick, and Philadelphia did the same to Buffalo.  But blowing a three-goal lead to a team under .500 and winning is one thing.  The Caps move up in weight class later in the week with two games against the Flyers in Philadelphia.  Blowing leads will not be an option for the Caps to be successful on that trip.

Posted by The Peerless at 10:05 PM No comments: